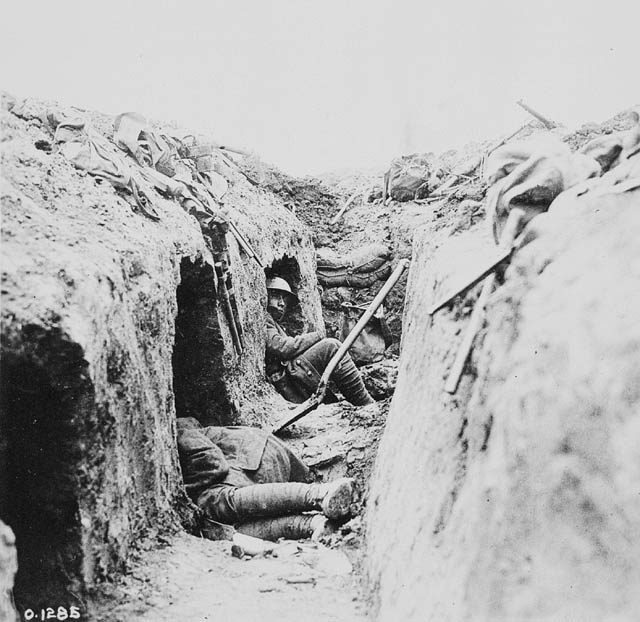 Soon after the Western Front locked down into trench warfare, the Germans began constructing underground bunkers for their soldiers.  The British high command, in contrast, did not sanction similar works for their men, fearing that soldiers would not come out to fight if attacked, and anticipating, in any event, that they would be advancing.  As a result, Britain’s men lived in muddy, rat-infested trenches, with funk holes dug in the side to shelter them from rain—sort of like muskrats dens on a river bank. Needless to say, trench standards of hygiene were lower than in some other walks of life. It was certainly not a comfortable existence.

Tormented by lice, many also suffered from trench-foot—causing swollen, blue feet, and perhaps gangrene. Later on, the Canadian Forestry Corps was employed to install duckboards on the trench bottoms—slats of wood, laid across the trench, often with a few inches between each board. Soldiers would have to be a little careful how they walked.

They sat to eat repetitive rations – bully beef and hard biscuits were typical, perhaps with bacon, cheese, tea, and jam or lime juice to prevent scurvy.  On the front, tea was often prepared in tin cups using candles for heat.  To supply water, mining crews dug wells – sometimes tied to the underground tunnels that both sides dug in an attempt to blow apart enemy trenches from below.  In some sectors life was quiet, where soldiers did ‘live and let live’.  In one area the Germans even gave warning before shelling.  Most local soldiers served in more active sectors, however, where every inch of ground was bitterly contested.

Except when pressed into action by major operations, the men were rotated often.  After perhaps a week in the front line, they might spend another in the support trench, then a couple in the reserve trenches, before receiving a week of rest. Even then, military service was exhausting, and most men sincerely longed for home. 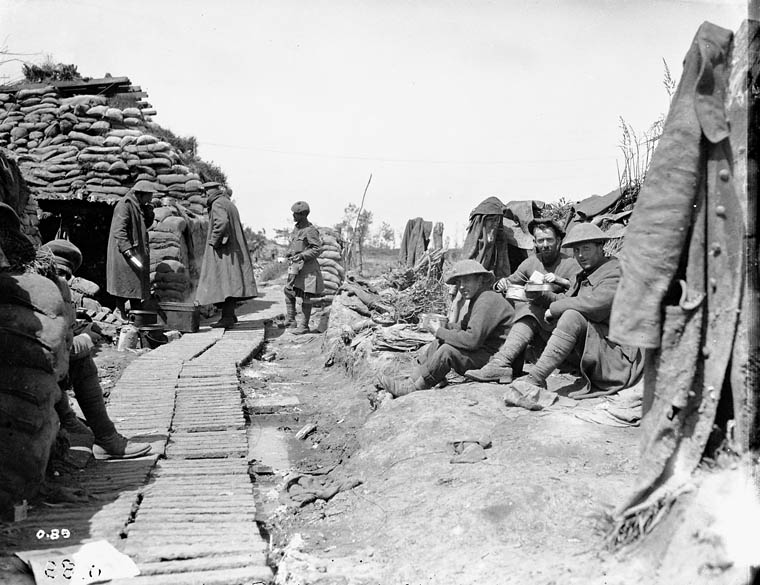 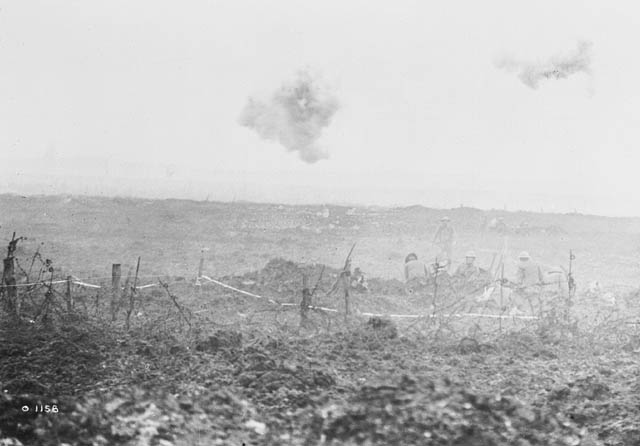 Lunch time in the trenches, June 1916

Shrapnel bursting over Canadian troops in the act of digging themselves in at Vimy Ridge. April, 1917 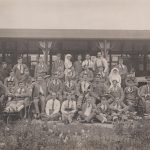 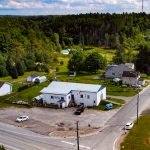