The Plague of Mosquitoes and Malaria in the Kawarthas 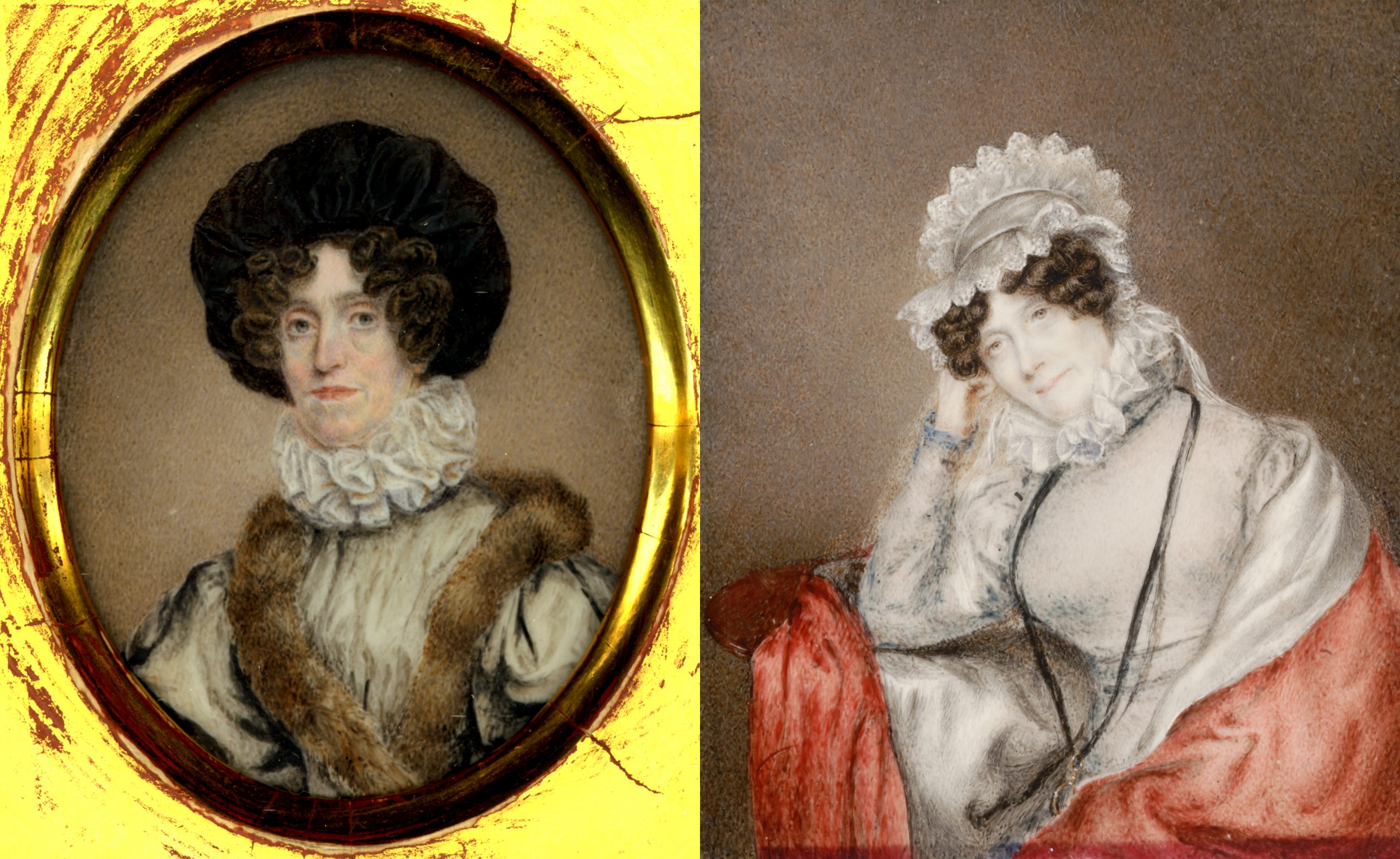 In the early nineteenth century there was no escaping the bugs. Neither log shanties nor wigwams kept insects out, so every spring everyone was being tormented all the time. One day John Langton (prominent local gentleman, later Canada’s first Auditor General) estimated that he had between 500 and 1000 bug bites on his face. Some people tried covering themselves in bear grease. Others filled their dwellings with smoke (which might be as disagreeable as the biting insects).

When Mossom Boyd first arrived, he was shocked to see what an old friend—known in Britain as a dandy for his foppishness—looked like after enduring the bugs. His face blackened with soot, and spattered with the gored blood of countless mosquito bites. Boyd was by no means faint of heart, he earned a reputation as one of the toughest and hardest-driving men in the region, as he rose from being an orphan to the “Lumber King of the Trent Valley.” But even he, at that moment, thought about returning home to Britain. Boyd and his neighbours, soon learned that there was nothing to do except endure.

To make matters worse, mosquitoes were carrying malaria. Through the 1830s and 1840s malaria was common in the Kawarthas. Lindsay, Ops and Scugog Townships often had it the worst—Lindsay and extensive parts of Scugog Township had been swamps. Settlers called it ague—characterized by high fever, with a skill splitting headache and icy pains throughout the body. The victim often senses severe chills and shivers as their temperature increases, then feels very hot and starts sweating. As the parasites live for about 48 hours, the outbreaks recur in two-day cycles.

Outbreaks of ague—chills or shaking—were fairly common in the first two decades of settlement, and many of these were likely malarial. When John Langton passed Rice Lake in 1833, he remarked that if you stay long there “you will probably catch the ague.” That fall there were cases on Buckhorn Lake, and Thomas Need (original Bobcaygeon proprietor) fell ill. Ops was reputed to be one of the worst townships in the area—parts of it low and swampy. In 1835, eight of the Fenelon and Verulam gentry fell ill (they wrote the history, how specifically their labourers and neighbours fared is not known), and more cases followed the next year. Need had attacks again off and on for a month. In 1842:

A man who had just come into the country died of fever. About a fortnight later three other members of the family fell ill. This occasioned a panic, and ended all but the most necessary intercourse with the shanties where the family lived. We had caused one of the two families living together to be removed to a shanty on our piece of land. One courageous woman has been invaluable in both places. She said that she smoked and before going into the house took a little brandy and wormwood and considered herself proof against infection.

One victim was “perfectly delirious, with fever, acute headache, pain in the back and in all the limbs,” one day, then “about his work apparently quite well, after an attack of violent perspiration,” the next. Anne Langton observed that “in some settlements there is nobody near to apply to, and the poor creatures have nothing to do but lie down, and let the fever take its course.”

One widow died of the fever two or three days before her neighbours found her. It killed Anne and John Langton’s mother and aunt. Consequently, many genteel settlers, including John, Lydia (Dunsford) and Anne Langton, decided to leave the backwoods for other settlements. The common treatment, for those who could access it, was quinine—an intensely bitter alkaloid from cinchona bark, harvested in South America and distributed through chemical companies in Britain and the United States—which was effective. But it was expensive—even by 1880 an ounce of quinine cost $2 or $3 on the American retail market.

Most settlers believed that their fevers were caused by miasmata—vapours released from the decomposing organic matter in swamps or “from the exhalations of the vegetable soil, when opened out to the action of the sun and air,” especially “when the sunshine is let in upon a sufficiently large tract of country, it is then that the evaporations become so baneful.” Some believed that there would be no outbreak as long as the forests remained intact and the soil was unbroken. The term malaria was from Italian for bad air—mala aria. There was some empirical truth in their observations, as mosquitoes tended to be more prevalent in the landscapes they blamed for the ague. It was not until 1897, that mosquitoes were demonstrated as the transmission vector.

Malaria is a parasite of the genus Plasmodium. P. falciparum is the deadliest, but tends to occur primarily in tropical regions. Southern Ontario is cool enough that P. falciparum can only be transmitted in summer. P. vivax ranges further north, but is milder, killing about 1/20 of its human hosts. Today, malaria is not endemic north of Mexico, and is most common in sub-Saharan Africa. But in the mid-nineteenth century, it occurred in the United States, Europe (even northern Europe) and even Canada—presumably, mostly the milder P. vivax species.

Malaria was not native to the Americas, it was brought over by intercontinental travel, and presumably through the slave trade (which was never common in Canada—malaria was much worse in the Southern United States—where P. falciparum can survive). P. vivax was common in Europe until the twentieth century, and can remain dormant for months, so people who were apparently healthy when they left Europe or Africa, could become ill after crossing the ocean, then spread it to the new continent. It became endemic along the eastern seaboard, so travellers from either the United States or Europe could bring it to the Kawarthas. P. vivax usually died over the winter, unless it survived in a dormant state.

As the immigrants looked at the swamps and drowned land (wherever mill or canal dams raised water levels, there were rings of dead-standing, rotting trees around the lakes). The most egregious culprit seemed to be William Purdy’s mill dam, as it had raised Lake Scugog 12 feet and flooded about 11,000 acres. In 1835, while he was surveying the Trent Waterway, N.H. Baird examined Purdy’s establishment, finding that it rendered Lake Scugog “one continued scene of drowned lands and decayed timber, with at intervals, the former residences of settlers, shewing parts of the roof out of water.” It had covered fields to depths up to nine feet, and Baird listed 32 settlers who had lands flooded. Purdy argued that his mill would not work on less water, but Baird observed that the gristmill was made “upon the rudest principle possible… wasting more than would drive six manufacturing runs.” He advised lowering the dam from twelve feet to five. Affected settlers rose in 1838 and destroyed Purdy’s Dam, but it was rebuilt. In 1841 the fevers around Lake Scugog were particularly bad:

In one place the heads of forty families besides women and children died & there were scarcely living left sufficient to bury the dead. In many cases it was three, four & even six days after the death of a person before the corpse could be put in the coffin or interred, owing to the impossibility of obtaining the necessary assistance, & that too during the months of July and August, several entire families have been found dead in their houses & in some instances, it is too much to be feared that the children & sick have died from want of assistance & food, owing to the death of their parents & other members of the family, a whole family was discovered dead in their house in such a state of putrification that the neighbours found it necessary to burn the house, corpses and all as no person could be found to enter it for the purpose of interring the bodies.

The following winter, many faced privation because they were not able to harvest their crops. Purdy had moved to Bath in 1841, but his sons Jesse and Hazard carried on the mill. On December 27, residents of Ops, Manvers and Cartwright rioted again, destroying the remainder of the dam and the sawmill flume.

A Committee of the Colborne District Council investigating the riots concluded, “the dreadful sickness which prevailed last summer was mainly to be attributed to the unnecessary height of water raised by Mr. Purdy’s Dam.” It suggested that “the riots proceeded solely from the distress arising from sickness and not from any malicious feeling towards Mr. Purdy, of whose moderation and forbearance throughout all parties speak in highest terms” and recommended reducing the mill dam’s height by five feet in the autumn, when the danger from decayed vegetable matter would be least. The magistrate had already reported, “it was unsafe for him to proceed against the rioters”—the Purdys were Americans (Yankees!… portrayed as political radicals) and were being investigated by their Conservative political opponents.

By May 23, the level of Lake Scugog was approaching its former height, and many settlers would “proceed to any lengths, rather than permit the reerection of it.” After much public debate, the Board of Works of the Province of Canada stepped in, paid Purdy for his water rights and built a new dam downstream in conjunction with the Lindsay lock, with a head of seven feet, completed in 1844. The same year the Purdys left, selling their 400 acres and mills at Lindsay to Hiram Bigelow for $10,000.

Though nineteenth century families lived alongside plenty of drowned land and stagnant water and endured the ravages of countless mosquitoes, malaria was never as bad again. After outbreaks in Fenelon Falls in 1880 and Peterborough in 1881 it disappeared from the region entirely. Because the parasite was not able to survive winter, except in a dormant state, once local residents lived in houses with windows that sealed, started draining lands around them and had quinine, malaria became a problem that only afflicted tropical regions of the world. 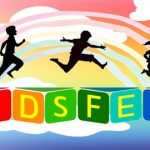 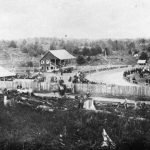