The Grove Theatre Opens Its First Mainstage Production: The 39 Steps 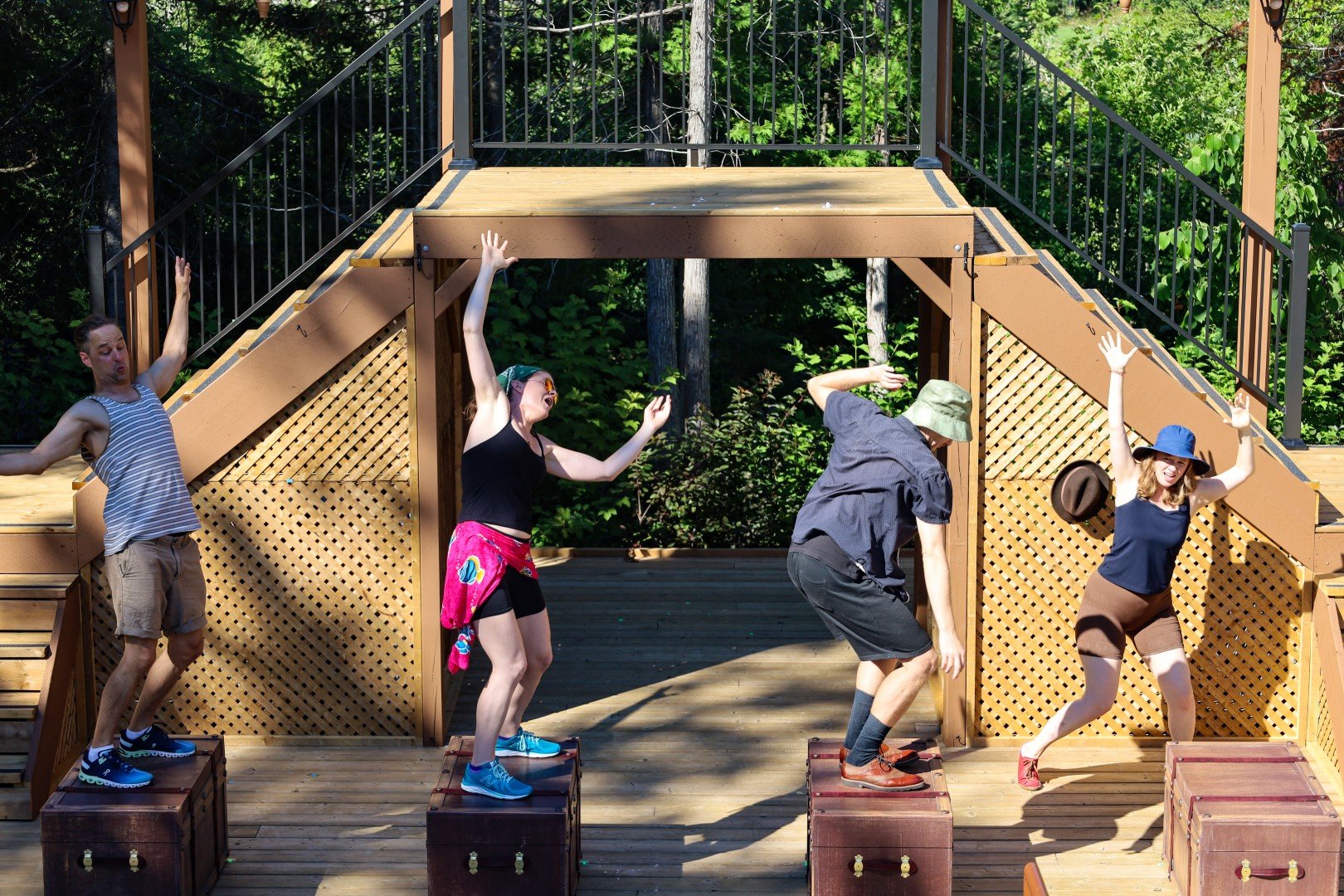 Thursday, August 11, 2022 was an exciting day for The Grove Theatre, with the opening of its first mainstage production, The 39 Steps. The venue has hosted many talented performers since it opened with Colin Mochrie and Debra McGrath last August, but The Grove was founded to be a theatre company so the first in-house production is an extremely special moment for everyone who has helped establish this unique space.

“For a new theatre doing a first production, The 39 Steps is really ambitious,” explains actor Courtenay Stevens, who will play Clown 2. “Most theatre companies start off performing in a tent or a public park, but they have built a professional theatre to start with. It is a permanent theatre, and I appreciate that they are swinging big.”

The founding of The Grove Theatre has been a true journey. It all began at the meetings of Downtown Revitalization Committee for Fenelon Falls. Chair Lynne Manning had a longstanding appreciation of the arts and before long a group of friends came together who shared an interest in founding the company. Lynne’s daughter Christy Yael, with her husband Sean Cox, were the founders and Artistic Directors of the award-winning Intrepid Theatre Company, based in San Diego, California. One of their long-time family friends from Sturgeon Point, Tim Wisener, was the President of the Fenelon Falls Chamber of Commerce, and also had a background in theatre management. Jim Armstrong, President of the Kawartha Works Community Co-operative—an organization dedicated to community improvement projects—had long worked alongside Lynn. He soon adopted the project to create a new theatre.

“For us, the initial impetus for this theatre came out of discussions around the immense growth and potential we saw in the area and the desire to create a cultural hub within the town,” says Co-founder and Artistic Director Christy Yael.

Having spent her youth in Sturgeon Point, and still feeling a real connection to the area, Yael was enthusiastic about building something in the community based on the knowledge and expertise of her past experience. Many theatre companies start off with a small show and build up from there, but the founders of The Grove Theatre were not interested in inching their way towards becoming a professional theatre. “We wanted to start by providing audiences with pre-eminent artistic experiences,” says Sean Cox, Co-founder and Artistic Director of the theatre and Co-director of its first production. He remembers thinking, “Why don’t we find the right spot and hit the ground running?”

Finding the exact location would take a bit of work. “We looked at a few other locations before the grove of trees near the fairground came together,” recalls Cox. “It was a year and a half into the project when Tim Wisener found the spot and created the physical concept for the theatre.”

The theatre’s founders have created a stunning amphitheatre, surrounded by cedars, standing just up the hill from where the Fenelon Fair hosts its ever-popular demolition derby. It’s an experience to walk through the woods, up the hill, and see a theatre made from terraced timbers filled with grass. Standing in the amphitheatre, “You don’t see the outside world, so you could be anywhere,” Cox observes. That special feeling extends to the performances. “Because we are outside in natural light, there isn’t the very distinct division between the stage and the house created by theatre lighting, everyone is in the same shared space, the audience and the actors, there is something that I really like about that. Then, as the show progresses and darkness comes, it becomes truly magical with the stars, and the moon, and the stage lights all coming together in a very unique way.”

The actors and founders alike are excited to offer The 39 Steps as their first production. The protagonist, Richard Hannay, is a Canadian civilian in London who, though mistakenly accused of a murder and on the run, tries to stop an organization of spies. The play is written so that all the characters are performed by just four actors. One plays the protagonist, a second his three love interests, and the other two play every other character—men, women, children, and even the occasional object. Those two, called ‘clowns’, have to do almost instantaneous costume changes to keep the audience laughing as the comedy unfolds.

Being one of the clowns is “very taxing,” Cox remarks. “Every time they leave the stage they are changing their accent and their clothes. The costume design is of the utmost importance. Each piece has to be designed so the actor can get in and out of it very quickly as they can step in and out of parts. There is a crew backstage to help them. For the clowns it is a juggling act, but it is a great role for a physical actor. They create the world of the show through physicality.”

For Stevens, being one of those clowns is a dream role. “It’s fun, it’s silly, joyous, innocent and playful.” With a background as a clown both on the stage and at festivals, he always wanted the chance to perform in The 39 Steps. “It’s a nice fit for me. It’s a challenge. It’s hilarious because it is impossible.” It is a risky role to play, as he has to constantly adapt how he performs each role based on the reactions of the audience but, “succeeding is very rewarding.”

For this first mainstage at a new theatre, the moment that everyone has worked so long to bring to fruition is about to happen. It’s especially poignant coming in the context of the pandemic. “I haven’t done a full-length show in over two years,” Stevens observes. (Even now, Opening Night had to be postponed because of a COVID outbreak among the company of artists.) An actor lives for real life interaction—theatre is not a high-paying profession, the actors are there because they are passionate about bringing their work to an audience. “I love an audience, I love laughter, people being together and finding something funny.”

For Cox, that this first production is all finally happening is extraordinarily exciting. “We are at the beginning, seeing the possibilities for the theatre within the community. Economically, socially, culturally, we hope it is something that benefits everyone. After such a long journey, the first production will be memorable for the Grove Theatre. 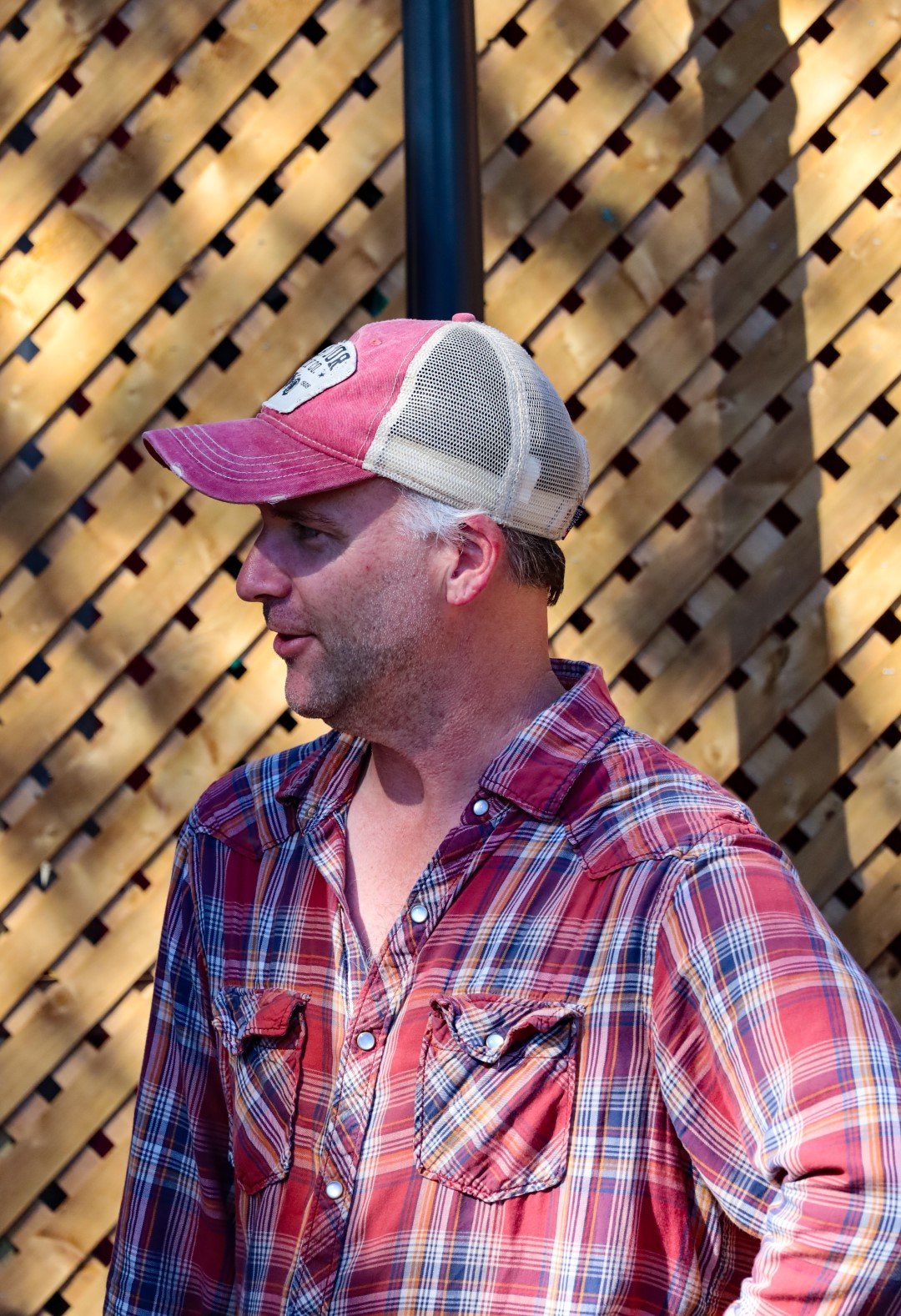 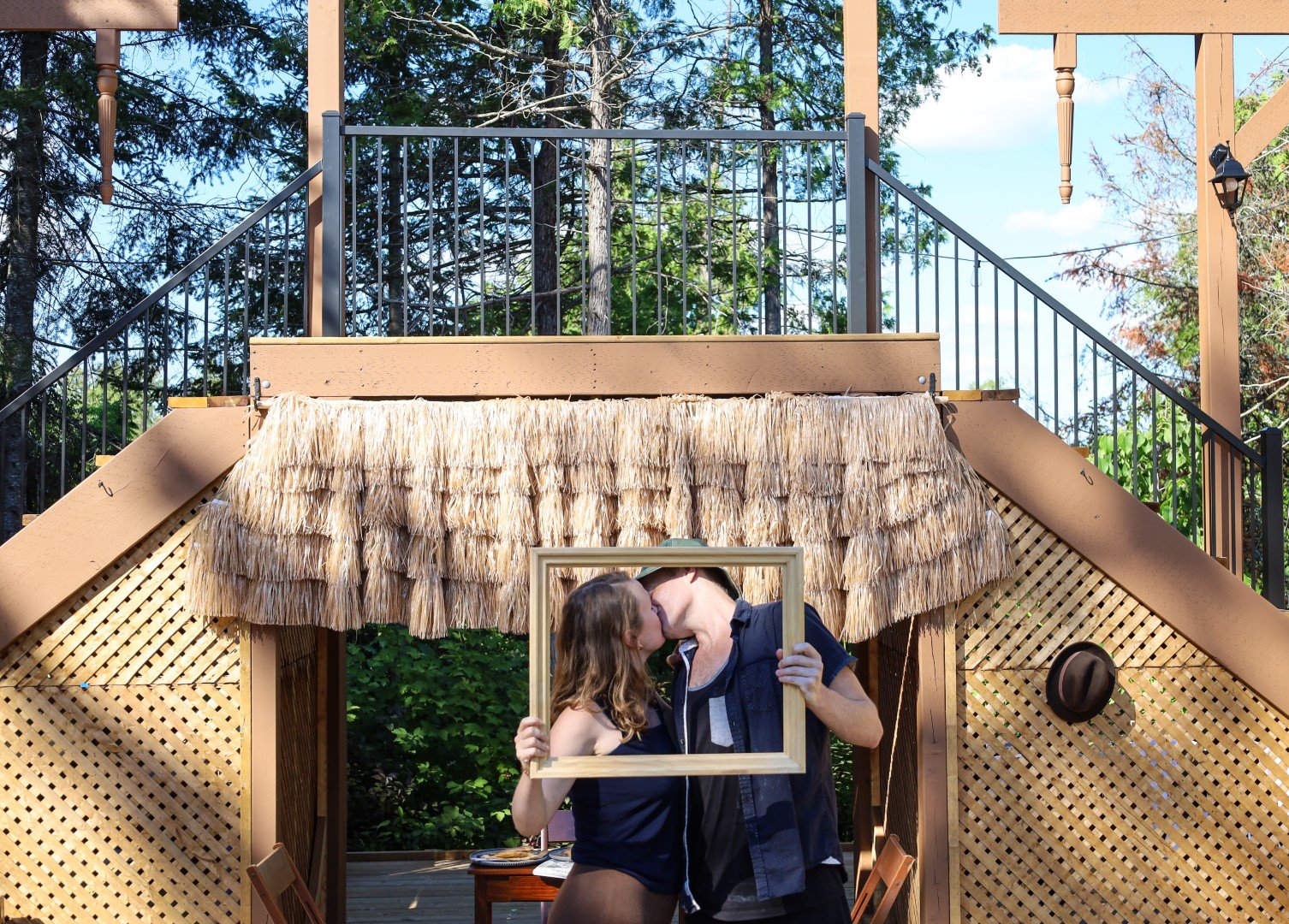 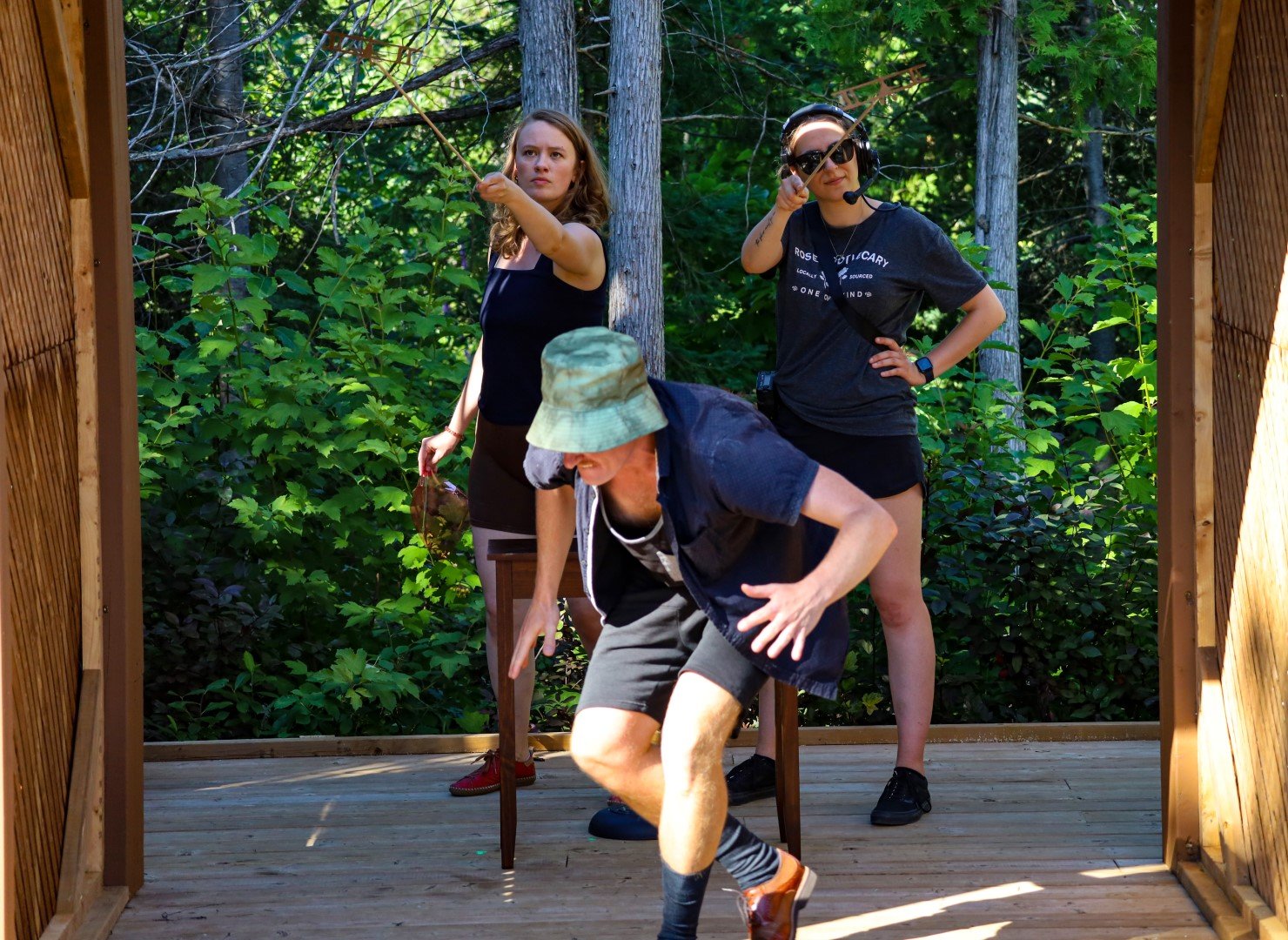 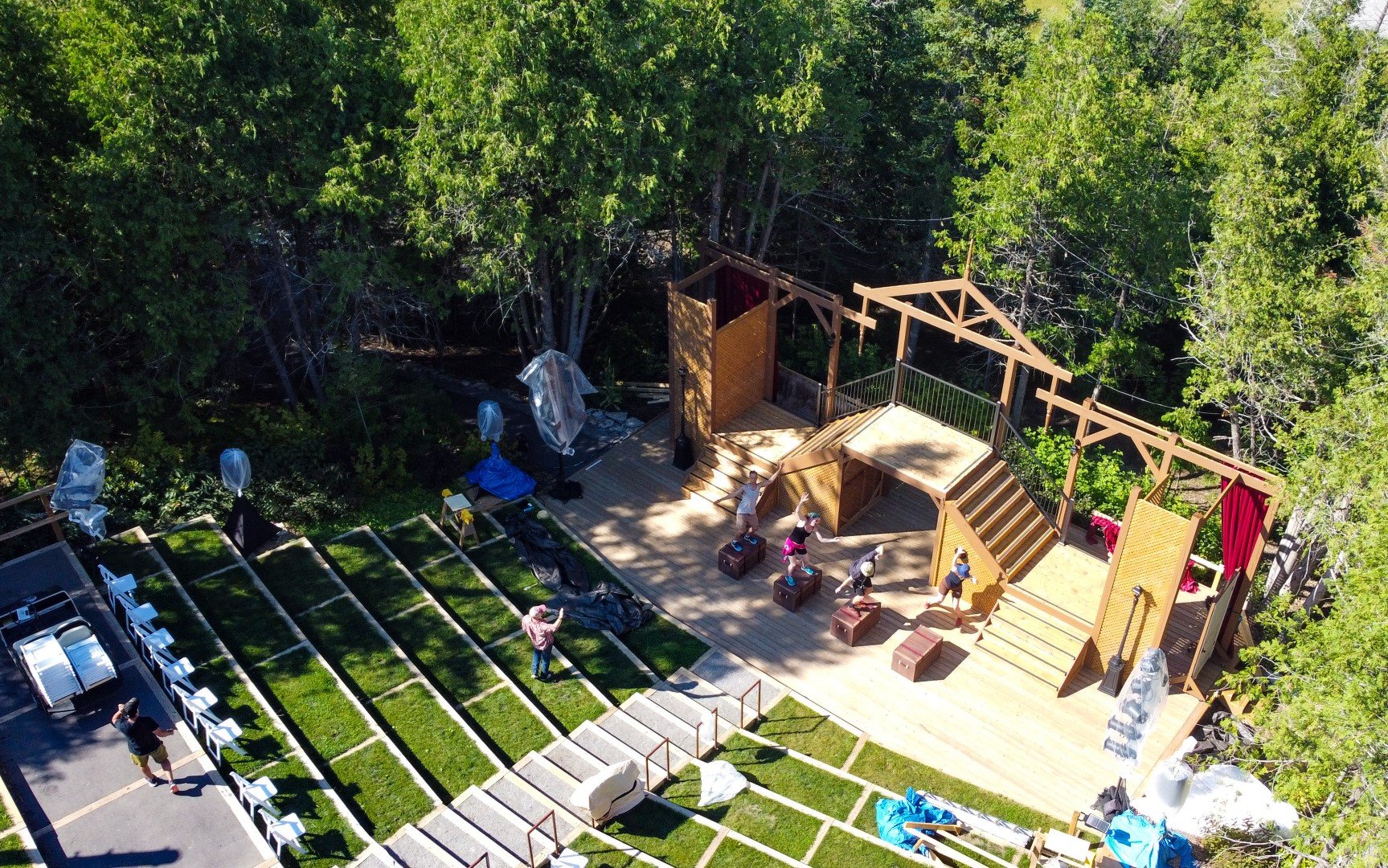 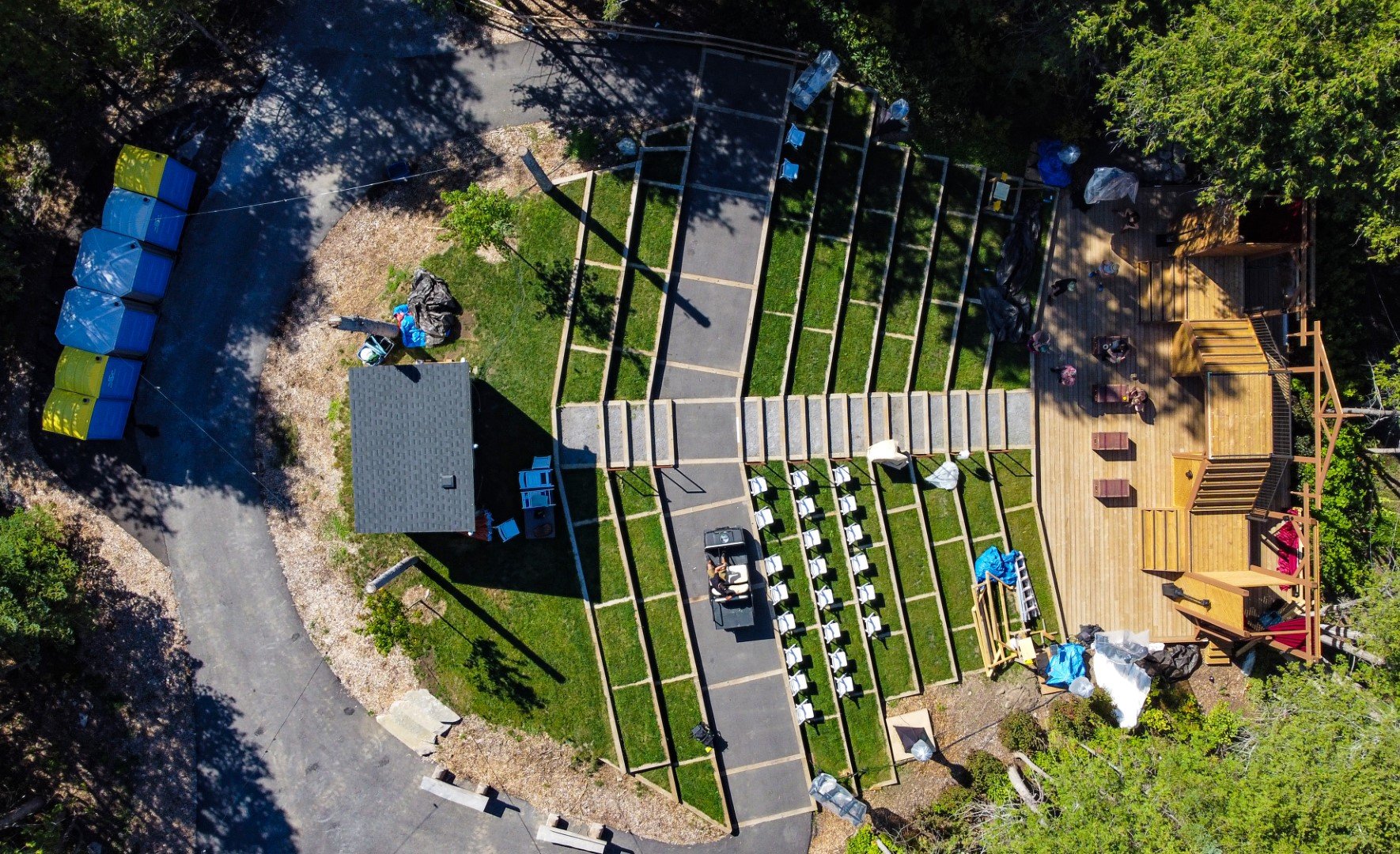 Richard on the Run - The Shadow Puppet Scene

Rehearsal at the Grove Theatre

Rehearsal at the Grove Theatre from Above 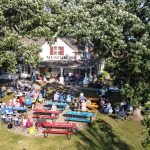 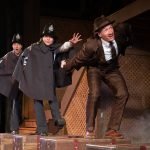