The Formation of Haliburton County 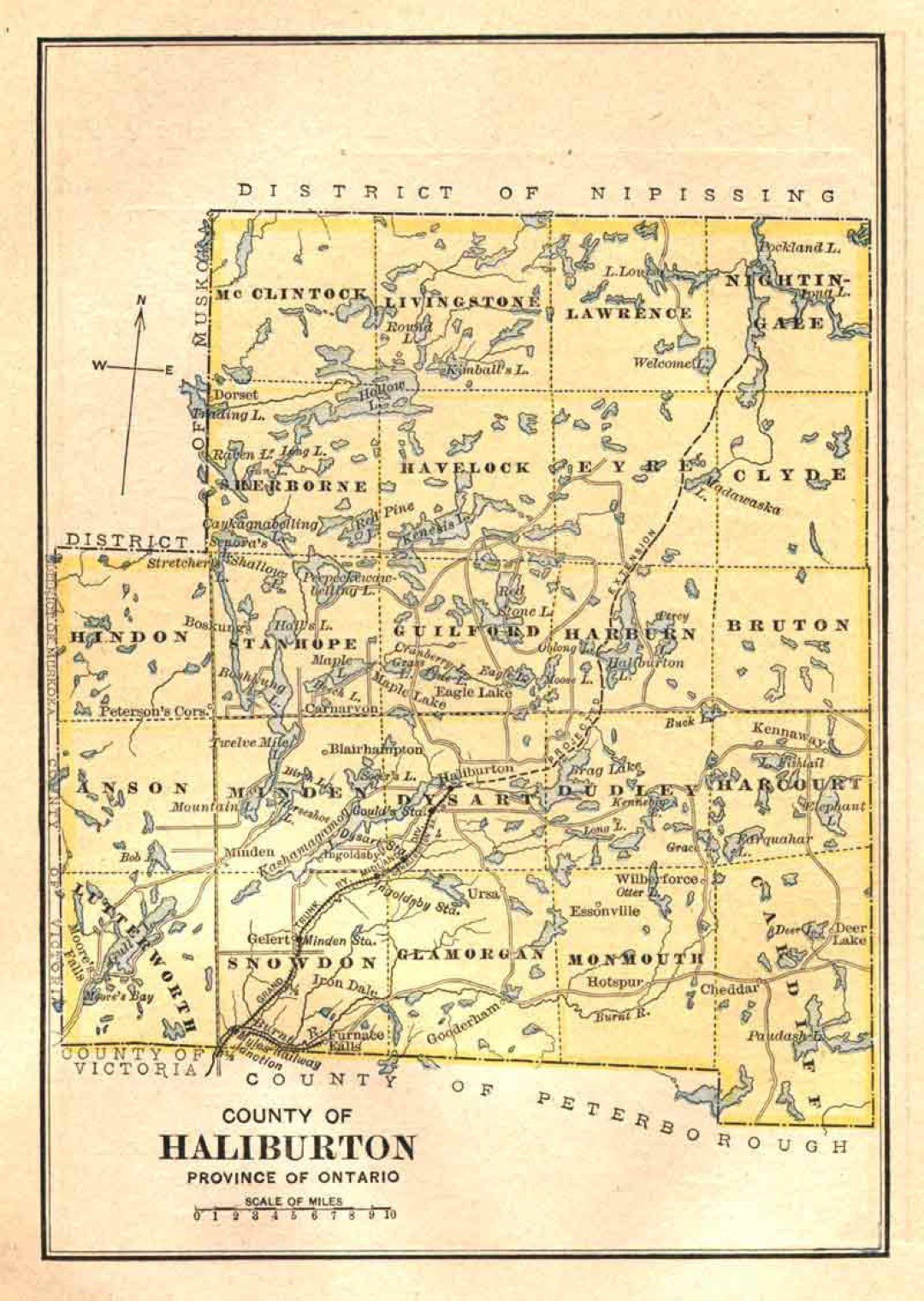 When surveyors laid out the county lines in the area, the Bobcaygeon Colonization Road was used as a dividing line. East of the road lay the County of Peterborough and west of the road was Victoria County. The counties were not separated until 1863. At this time, Haliburton County did not exist. After the 1850s, settlement flowed north and the ‘back townships’ of both counties began to form municipal governments. Representatives from the back townships had to journey all the way to Peterborough or Lindsay for county council. County life continued to be amiable until the advent of the Victoria Railway in the early 1870s.

The settlers and lumbermen of the back townships (those townships north of the Kawartha Lakes), were enthralled by the idea of having their own railway. To secure such an event, they lobbied the various county councils for grants called bonuses. Victoria County was agreeable, but Peterborough was not. The farmers and businessmen of the well-settled southern end were not receptive to giving tax dollars to a railway centred in rival Lindsay. No amount of persuasion could loosen the county purse strings. In their disgust, the northern representatives began to plot secession.

Led by Samuel Peck from Minden and the directors of the Canada Land and Emigration Company, based in Dysart, the Northerners approached the Ontario Government with their plan. They complained that they had different needs and wants from those “Southerners” in Peterborough and should be separated. Thanks to their political connections, the Ontario Government created the Provisional County of Haliburton in 1874. The county was formed from the northernmost 20 townships of Peterborough County and the three northern townships of Victoria County, west of the Bobcaygeon Road. The county contained only 6 actual municipalities, the largest Dysart et al containing 9 townships!

Alexander Niven of Dysart was elected Warden and Samuel Peck of Minden was appointed County Clerk. The first order of business was granting the Victoria Railway a $55,000 bonus! The new bylaw was actually put to a referendum vote by the ratepayers, and was passed despite substantial opposition. The term ‘Provisional’ was used because the new county was not a full-fledged county… yet. Several services were handled by Victoria County. So angered were the new Haliburtonites with Peterborough County, they made arrangements with Victoria County, refusing to have any truck nor trade with the “Southerners!” This attitude persists somewhat to this day. Thus the County of Haliburton was born from a dispute over railways. 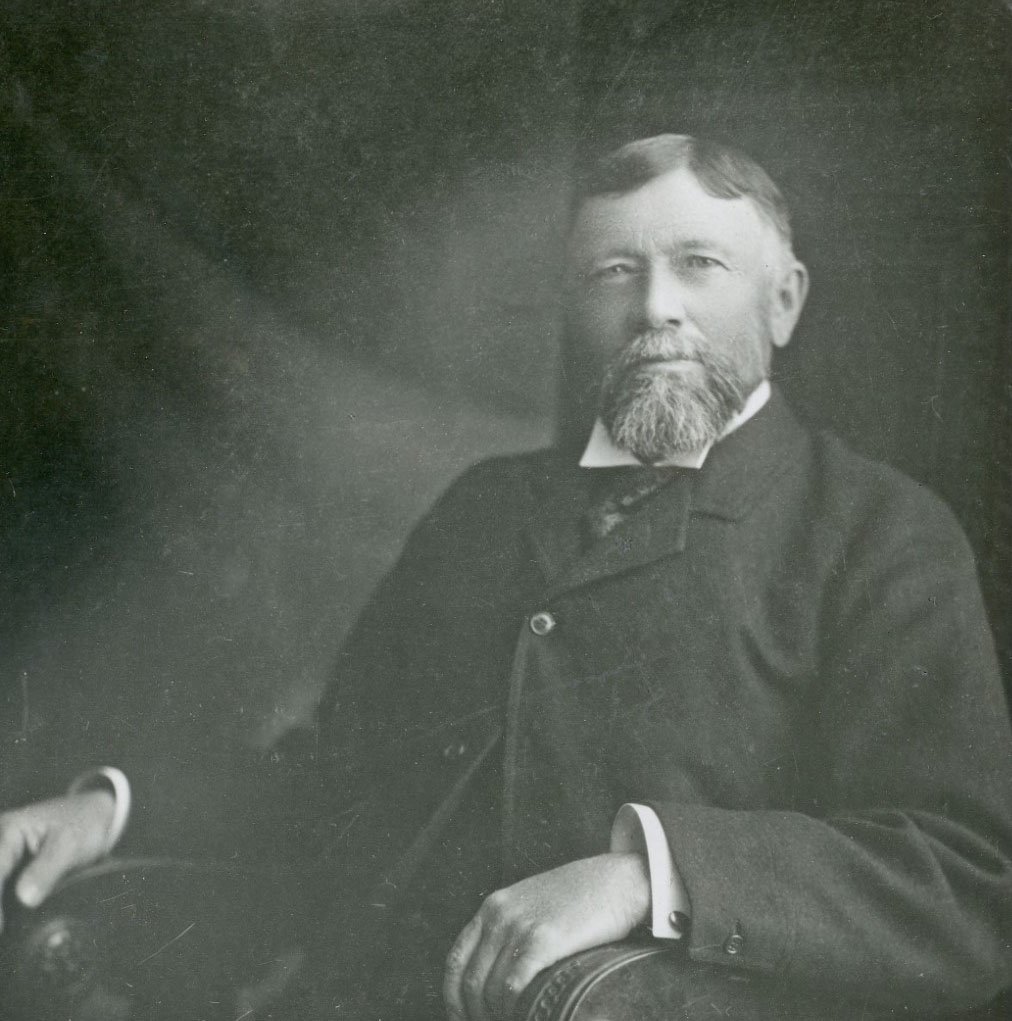 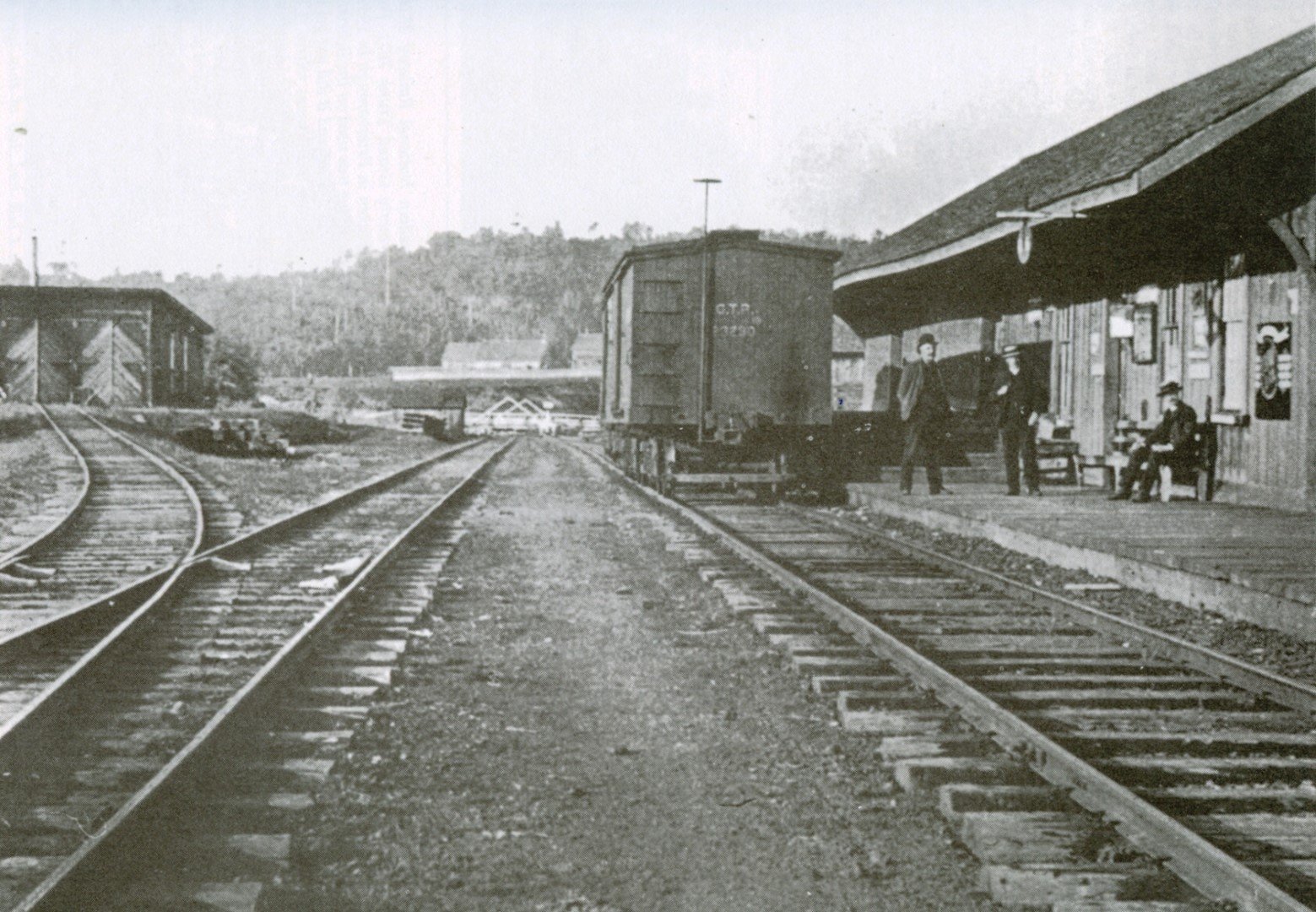 Haliburton Station in the 1890s 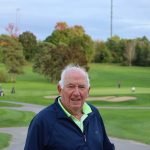 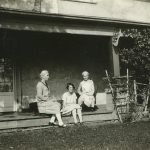