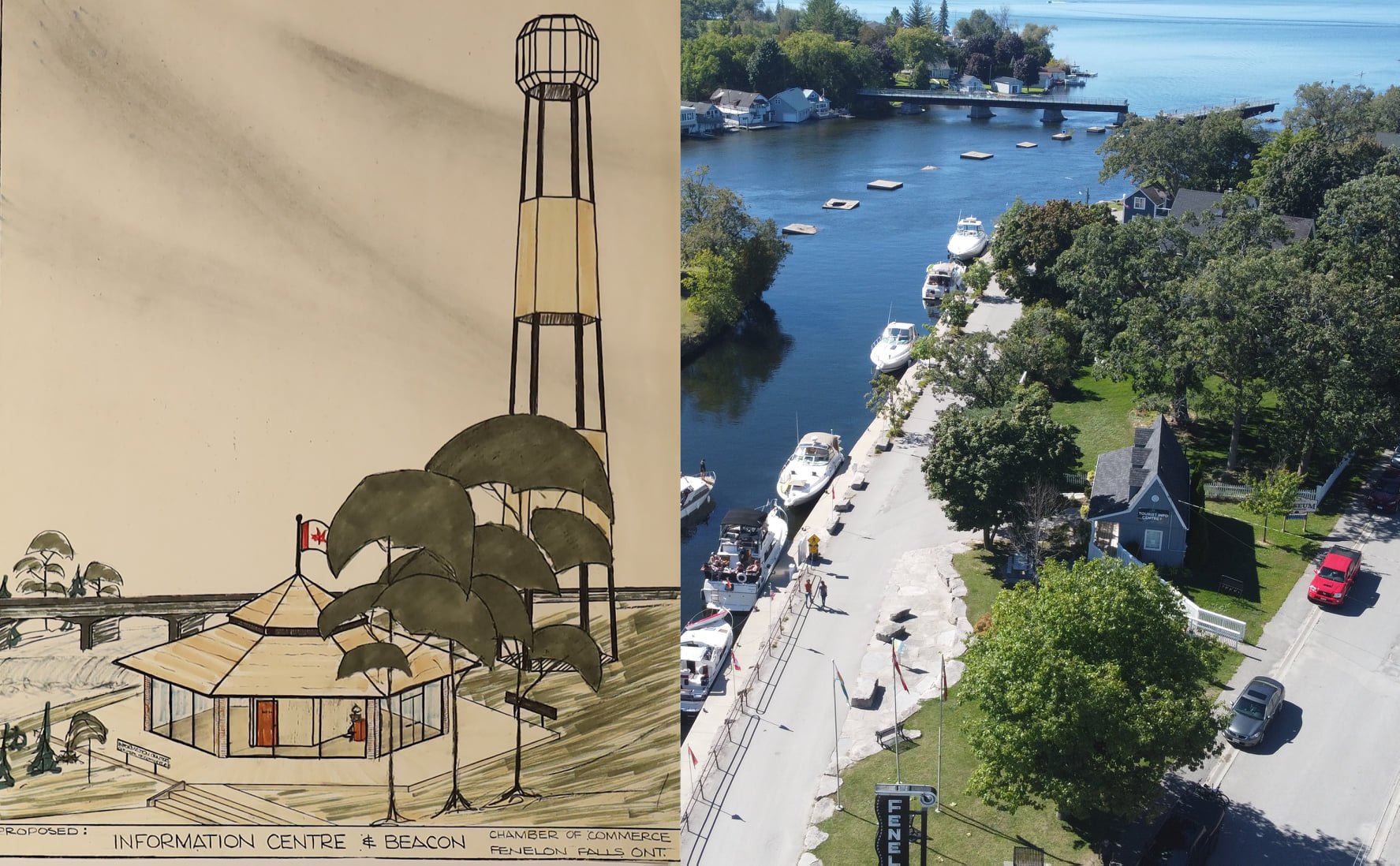 Before Parks Canada cleared the Fenelon Island in the 1960s, the municipal buildings were located there, between the falls and locks. The village commissioned a concept for a tourist information centre, which was imagined on the eastern tip of the island. When the public buildings had to relocate the Chamber of Commerce was instead built in its present location on Oak Street, beside the canal. But today’s Chamber has certain similarities to the old concept, with the Theatre Marquee standing in for the eye-catching tower, an information building, and a bridge (in this case the railway bridge) behind it all. 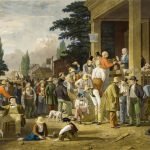 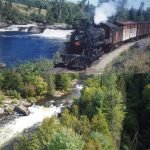