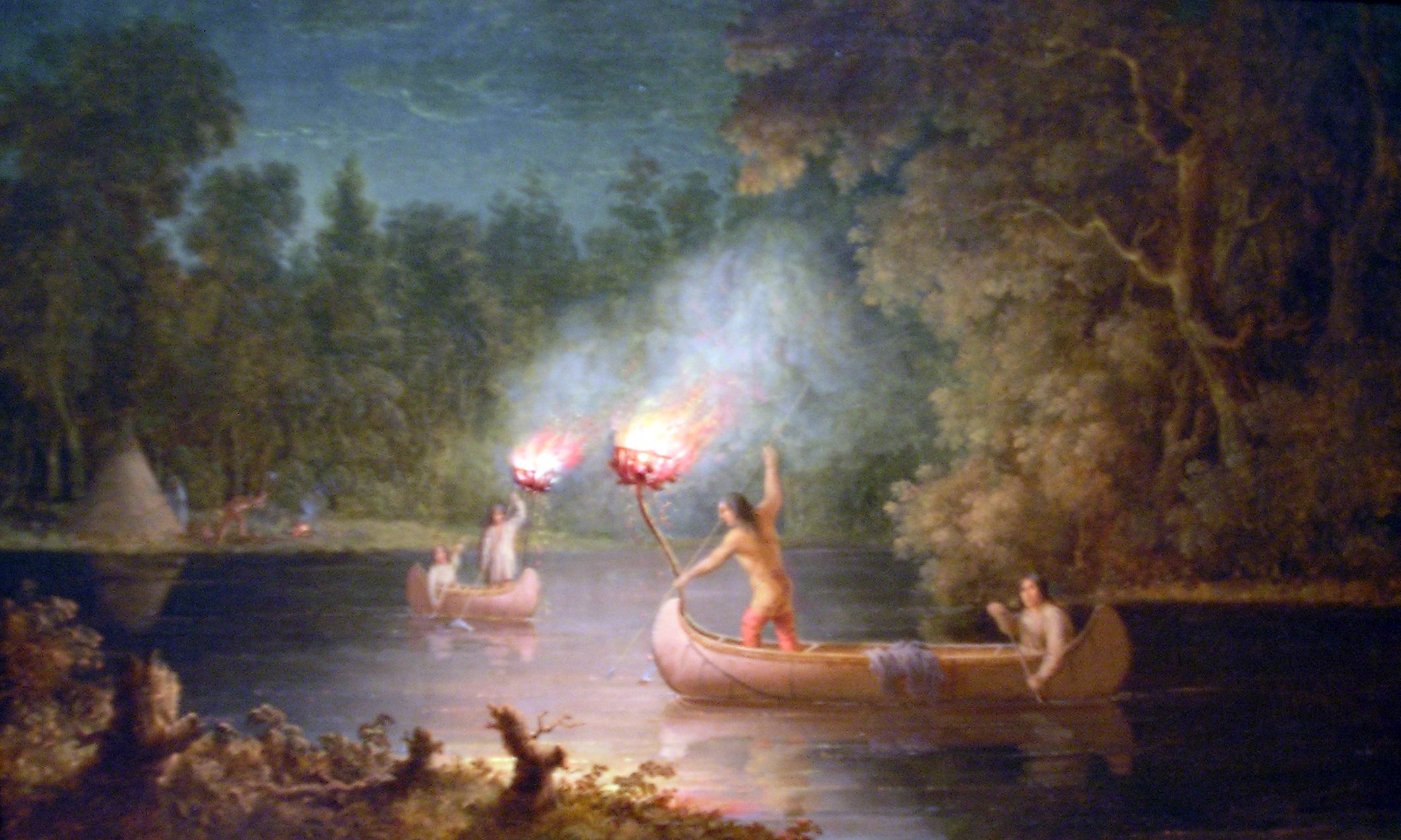 Local Michi Saagiig (Mississaugas) provided for themselves at water’s edge—harvesting wild rice that could grow in muddy shallows, hunting, trapping, gathering plants and fishing. They had grown up spearing fish at night by torchlight, and on a summer’s evening the lakes were often illuminated with zigzagging canoes—a memorable sight for all who witnessed it.

When the first settlers arrived, many were excited by this sport (that would have been illegal back in Europe, where many people thought fishing should be for gentlemanly sport, not pot hunting). But for the newcomers, it was certainly not easy. First of all, they had to master standing up in a canoe, at night, and then how to strike a fish with a heavy iron spear without capsizing the boat. One of the first lessons that they learned was that because of refraction of light by water, the fish wasn’t where it appeared to be—perhaps causing their first upset. Then they might try to learn how to keep their balance when they did at last hit a large muskie.

Fish were attracted to the light, and it made them quite visible under water. Many impressive muskellunge were speared this way, and as long as it was common in this area, its was typically the Michi Saagiig who were masters of the sport. They often traded their fish with settlers. 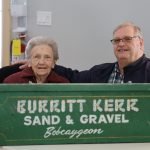 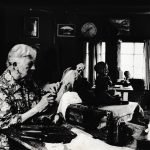 Spring in Canada by Katherine Wallis