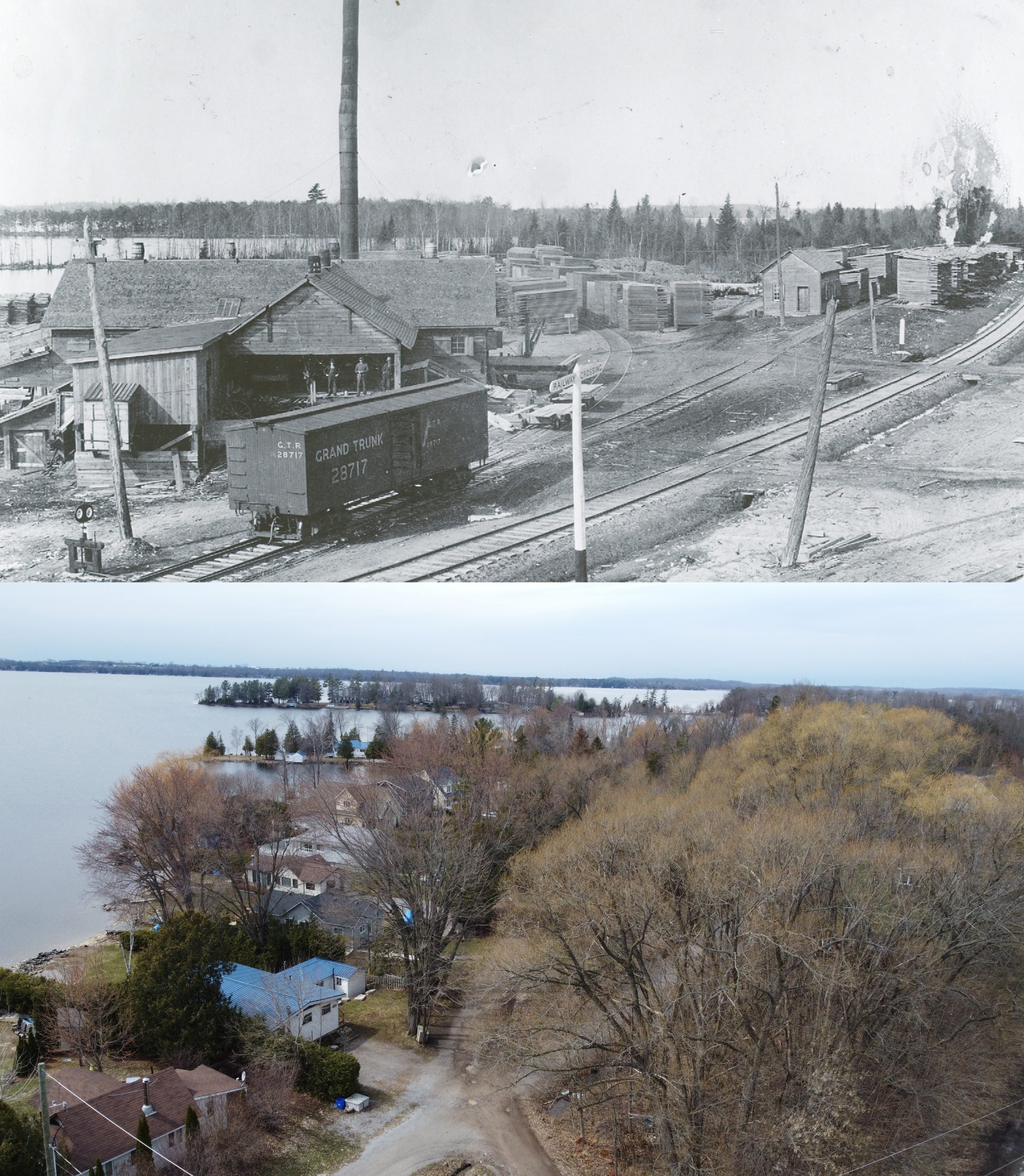 Smith and Fell's Sawmill with the same location photographed in 2022

John Fell Sr. opened a small sawmill at Bury’s Green, which was in operation at the time of the 1871 assessment, manufacturing 631,000 feet of lumber that year. David G. Smith operated a single mill at Fenelon Falls, which burned the same year. He rebuilt, and partnered with Fell to operate a saw and shingle mill. When it burned in 1876, they rebuilt on the shore of Cameron Lake, between Bond and Louisa Streets. It was a very convenient location for a steam sawmill, being right on the railway, close to town, and with water access to float in sawlogs.

Having already experienced two fires, they took fire safety seriously, and built a 65 foot tall smokestack to keep any sparks away from the mill yard or sawdust. Unfortunately, the smokestack blew down in 1882, but was re-erected. Then the mill survived a chimney fire in 1884. In 1886, after John Fell Jr. bought out Smith’s share, an arsonist destroyed the mill and it was not rebuilt. They were not the only local sawmill to be plagued by multiple fires.

In the nineteenth century it was socially acceptable to dispose of just about anything by dumping it in the water. Back then there were not plastics, and practically everything was either stone, metal or biodegradable. So sawmills typically dumped enormous quantities of waste in adjacent lakes and rivers.

In some regions the mill waste problem was so bad that that there was a continuous layer of sawdust on the surface. This substantially altered the maritime ecosystem, killing off many species. On the Ottawa River the sawdust was thick enough that it decomposed anaerobically, burying pockets of methane that periodically exploded. In 1897 one such explosion caused a boat to capsize, killing a well-known Montebello farmer, leading the government to introduce legislation requiring refuse burners. After that, most sawmills stopped deliberately dumping their waste in the lake.

Smith and Fell’s sawmill was in no way unusual that a lot of sawdust ended up in the lake. But for whatever reason, it took a long time to dissipate. Through much of the twentieth century, Fenelon Falls’ beach park was located at the end of Bond Street, and was fondly known as Sawdust Bottom. As families swam in Cameron Lake they would be stirring up the old sawdust and many swimmers recalled that even their bathing suits ended up full of sawdust. But for many of the kids who grew up enjoying summer there, it just became a cherished childhood memory.

Since then, most people have come to expect a cleaner swimming experience, and the beach park has been substantially expanded and modified. Today, most people swim further south than the original swimming location. 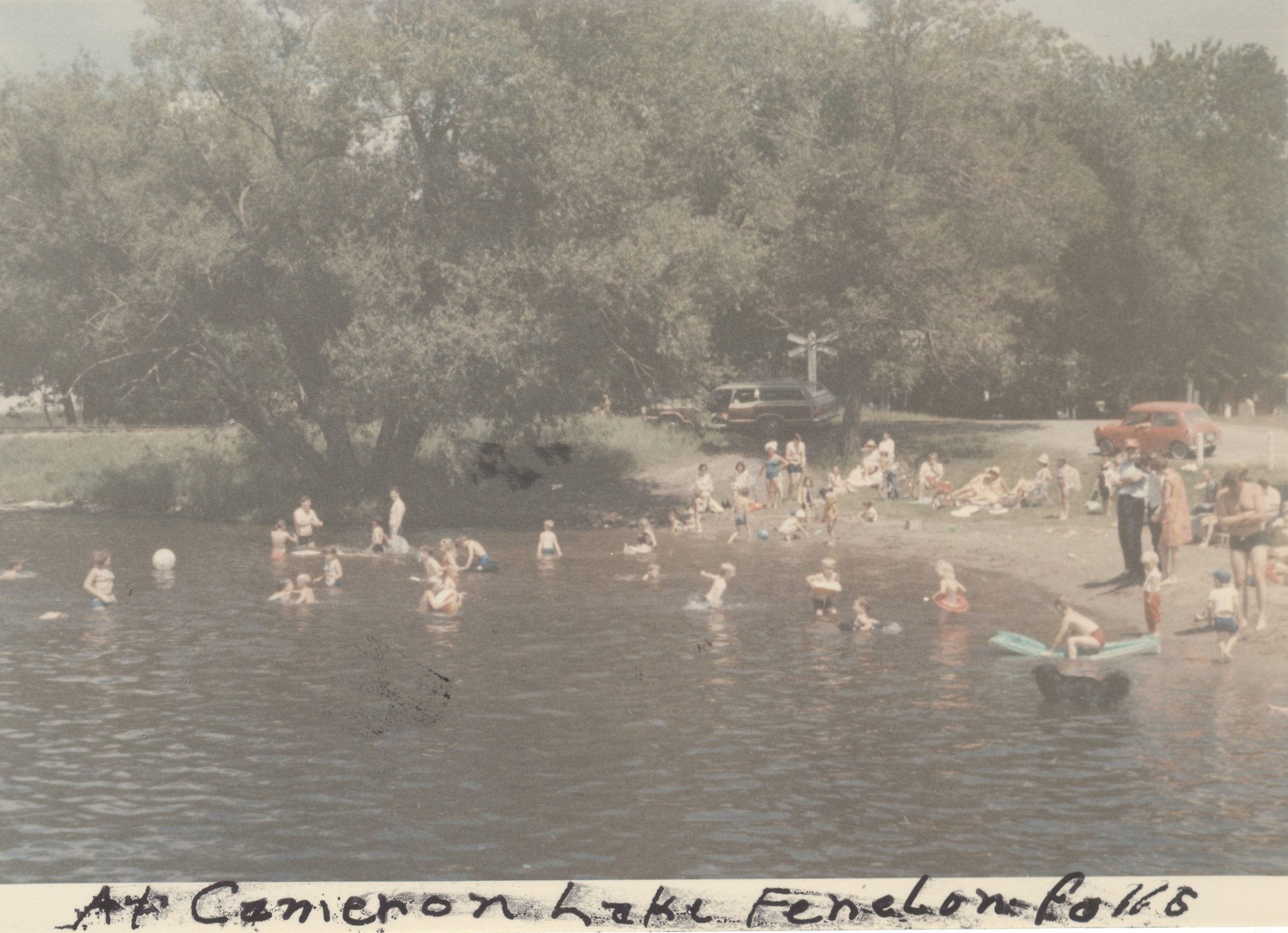 Swimmers at Sawdust Bottom in the 1960s

Smith and Fell's Sawmill with the same location photographed in 2022 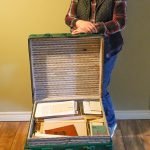 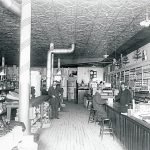