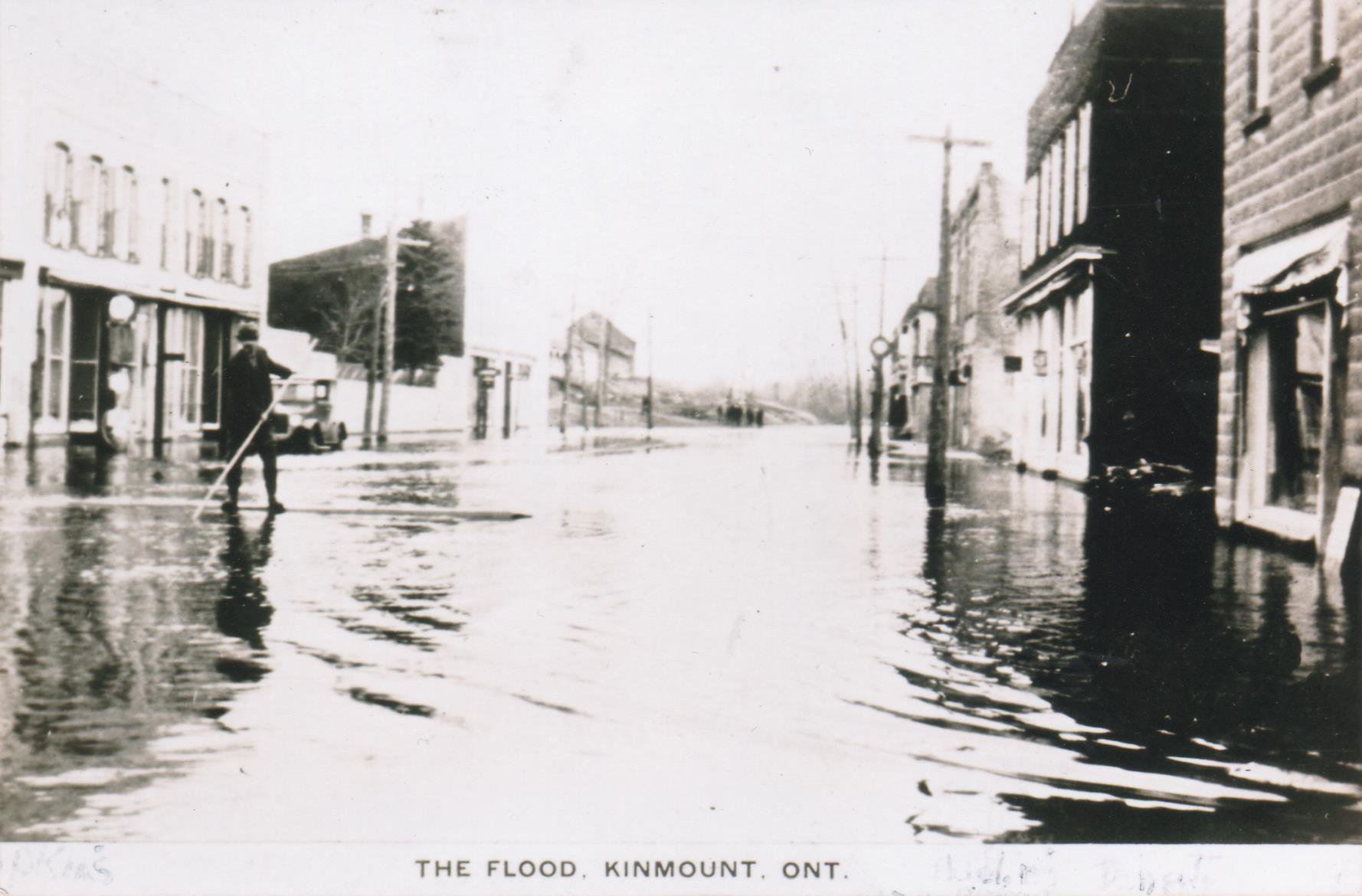 Situated perilously on the banks of the Burnt River, the village of Kinmount has always been prime territory for spring flooding. Strangely, the village has only flooded on 2 occasions in its 150-year history. In 1876 water inundated the Main Street. But by far the most newsworthy flood occurred on Easter weekend, 1928.

A quick thaw aided by heavy rains released the spring flood all at once, but it was the log drive that was the main culprit. Each winter, countless logs were piled beside the Burnt River and its tributaries in anticipation of the spring freshet. The sudden runoff floated these logs prematurely. The logs were swept downstream until they found a barrier, in this case the Kinmount dam. The logs simply piled up against the dam and fortified by debris of all sorts (including several farmers’ haystacks!), raised the level of the dam by several feet.

Water flooded the Main Street and other low-lying points like the rail station. Enterprising Kinmountians demonstrated their lumberjack skills by ‘poling’ logs right into the stores! One resident calmly ‘rode’ his log into Hopkins & Marks store, made his purchase, and poled his log home. That’s how true lumberjacks shopped!

Water flooded the railway station, climbing to the bottom of the fire-box on the big waiting room stove. The trains kept coming into town with the passengers climbing from the carriages into waiting boats to be ferried to high ground. The IB&O railway line was not so fortunate: the rails literally floated from their bed closing the line. Debris of all sorts blocked the tracks.

Wilf Hancock ferried the stranded Anglican Minister back to Kinmount by canoe. Somehow they floated over Furnace Falls without noticing! A railway car filled with 50 pound bags of salt was parked behind the Hopkins & Marks store. When the flood ended, all that remained was a pile of wet sacks. That was the only day in history when the Burnt River was salt water!

Finally, the pressure was too much on the Kinmount dam and it broke. Another casualty was the old grist mill, located on the east side of the dam and used for the power plant. Tons of debris and rampaging water were sent cascading down the Burnt River. Kinmount residents were only too happy to share their resources with the communities downstream. The Great Flood was over! 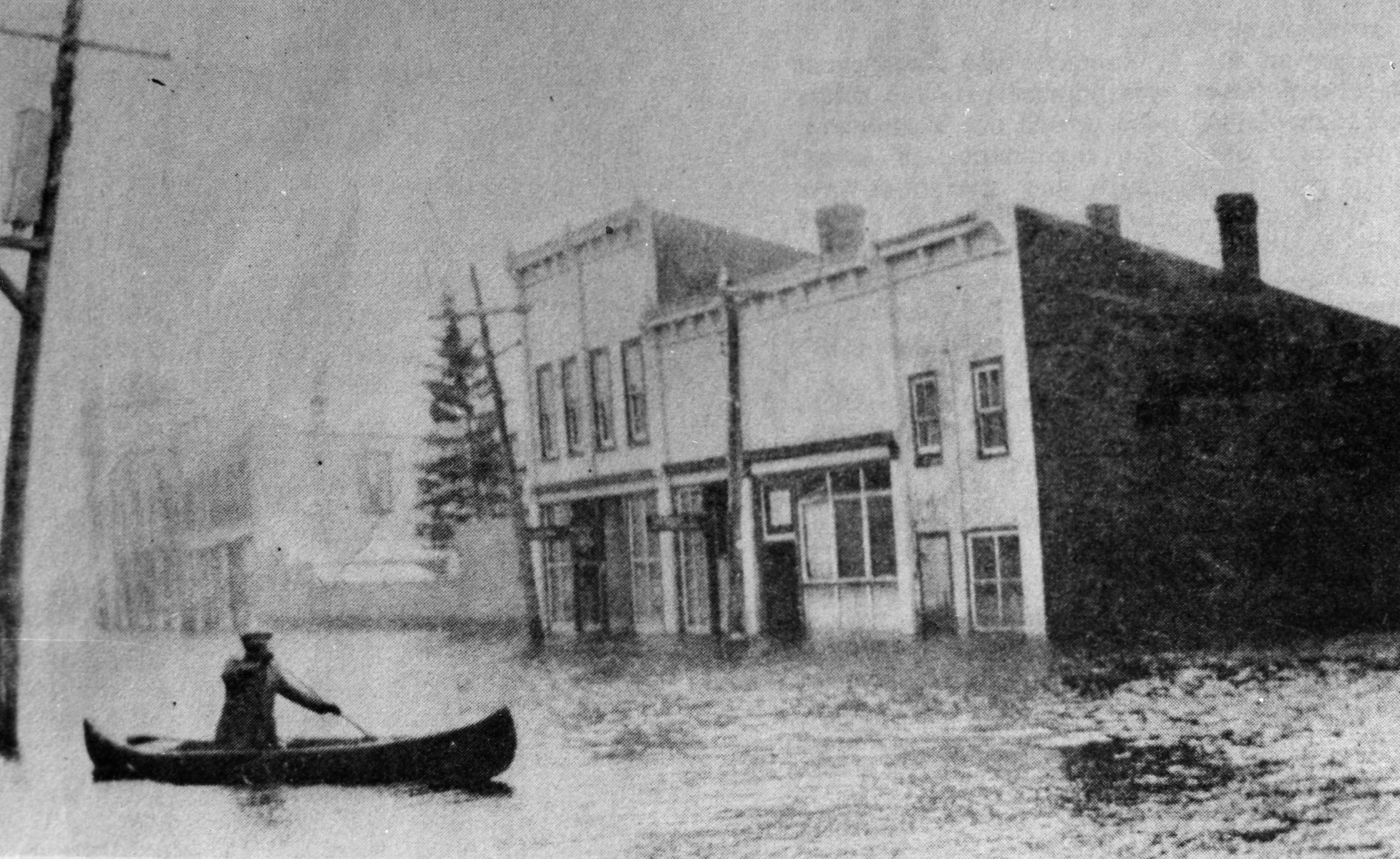 Paddling down the Main Street of Kinmount, with the Restaurant Block on the Right, 1928 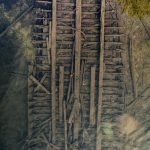 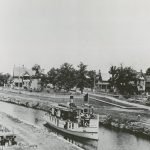