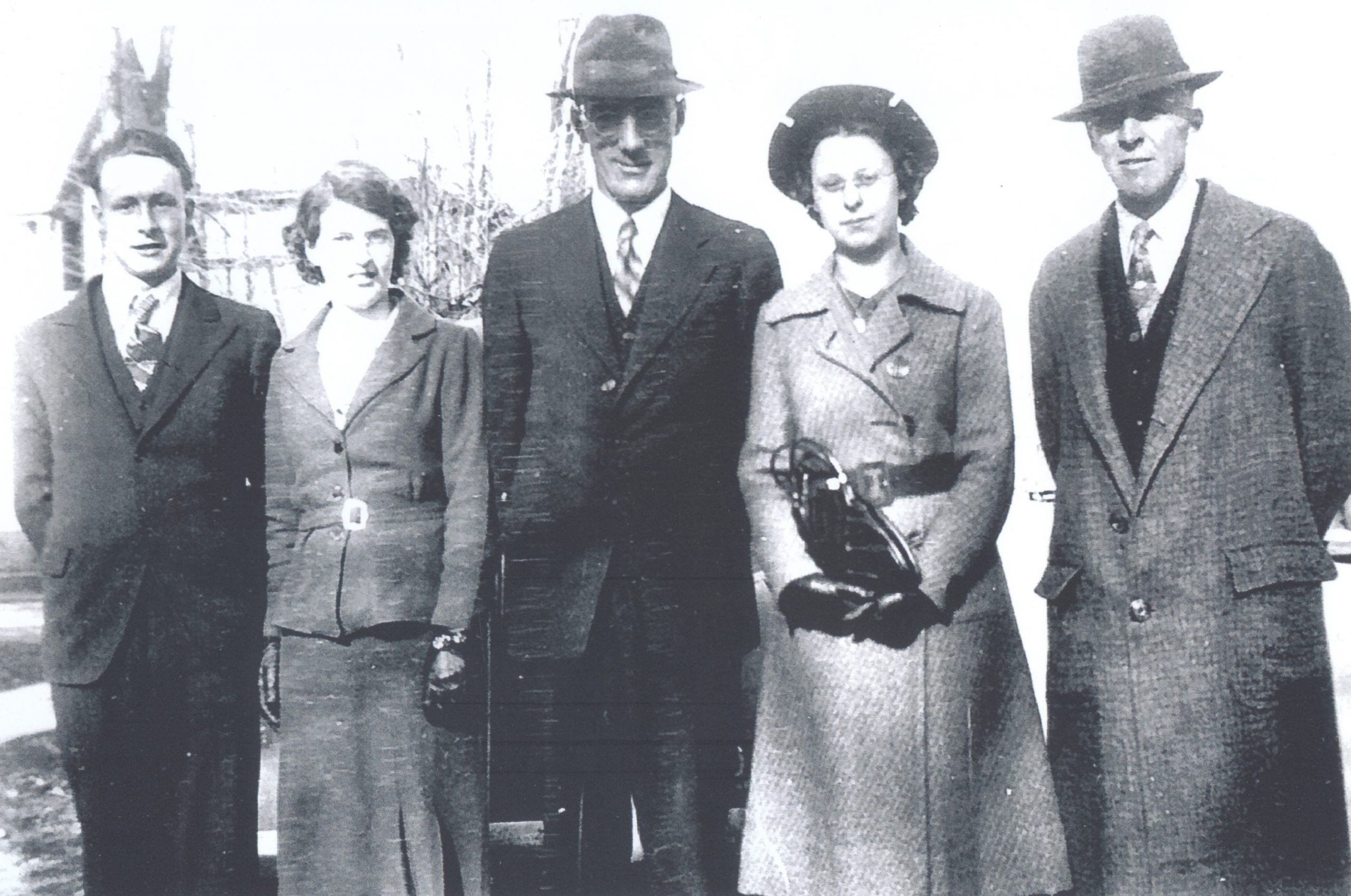 Recorded by Karen Hogg and originally published in the North Kawartha Times, 1985

Jim Southam’s parents came to the Fenelon Falls area in 1886-87.  “I’m told that my grandfather came to the Beehive near Bobcaygeon and looked after the Dunsford family’s cows, when he was eight years old,” said Jim.

The farm on the boundary where Jim was born was also the birthplace of Little Hector. Little Hector was raised by Jim’s father and was one of the better race horses of the day. [For more information on Little Hector see: https://maryboro.ca/story/little-hector/]

Jim also pointed out that the original wooden gate on that farm is still being used and is known to be at least 100 years old. Jim recalls that Little Hector was owned by John Aldous who lived in the hotel where the Canadian Tire store in Fenelon Falls is now and his home stable was the Livery Stable.

“Horse racing was one of the sports of the early settlers, and that hasn’t changed much, trotters and pacers are still the largest spectator sport on the continent,” he added.

Jim went to Howie’s school on the Grandsen farm for 3 years, then the family moved, and he had just about finished his education when the school house burned in 1921. He then went to school for a time “where Orville Beggs now has his hen house,” he laughed.

The family moved to the Akister farm and Jim recalls being told that one of the Akister boys walked 7 miles to the high school in Fenelon Falls.

“The difference in schools today,” Jim says, “is that the teachers didn’t have such high educations, but if they got ahold of you for 3 or 4 years, at least you didn’t require a calculator to do a little simple arithmetic.”

Jim’s mother taught at different times in the Fell’s, Lamb’s and Howies’ schools, although as far as Jim knows, only two of her pupils, Richard Bulmer and Mrs. Quibell are still living.

“Getting back to the area along the boundary,” Jim said, “the Smith property was a prominent one and the Fells.” Doug Smith still lives on the original farm and Jim recalls that years ago the Fells had a good herd of Ayrshire cattle. “I can remember them getting a milking machine, that’s at least 70 years ago,” he said.

The Fells also kept bees and sold honey and the Presbyterian Church was on their farm.

The Armstrongs were another prominent family. Jim remembers a blacksmith shop in front of the house where Claude Armstrong is now and there was also a store and a Post Office at one time. This area was known as Bury’s Green. The Armstrongs were noted as farmers and hunters and worked the threshing machines.

Then, down the line were the Shanklands, Mitchells and Bulmers. “Fells Station was our connection with the railroad. It was a flag station and farmers and people in the area all drew forest products down there and stored them in winter time. It wasn’t uncommon to see maybe a dozen sleighs going back after leaving their load,” Jim said.

During the early 1920’s quite a stir was created when people got the idea that there was oil at Fell’s Station. “People thought they were going to be rich. They sank two wells and they’re still there, although I think they are full of water,” laughed Jim. The Fell’s Station was located behind the spot where Superior Propane is today.

Jim has indeed seen many changes. Medical care, he believes is probably the biggest change. Doctors used to go to the farms and Jim remembers Dr. Grattan Graham coming to see his father 39 times in one month. He also remembers when there was no dentist in Fenelon Falls, and travelling to Lindsay by horse and buggy.

Many of the farms on the boundary were deeded in the 1860s. Jim himself has a parchment deed, in abstract, which is made out in the Village of Oshawa.

“Fenelon Falls was almost as big as it is now when the mills were going,” stated Jim, “but a lot of families moved west when the prairies opened up.”

Many of the farms in the Somerville boundary area where Jim grew up are now just ranches, and the schools that remain have become homes. Jim has few regrets about his life. He married Grace, 14 years ago and her family, 2 boys and a girl have provided him with 4 grandchildren and a 5th on the way. He and Grace spend the summers just outside of Fenelon Falls and their winters in “the U.S. most popular state.” (Florida)

“When I’m here I can look out the window into Murray’s Coffee Shop and Esso Station,” Jim said, “and imagine that 60 years ago I might have been looking at Sammy Webster and Harry Nelson tending their market gardening business on the same site. I think I have the best of two worlds,” Jim muses. 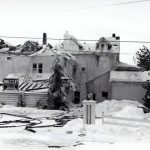 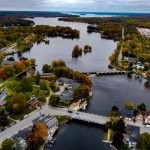