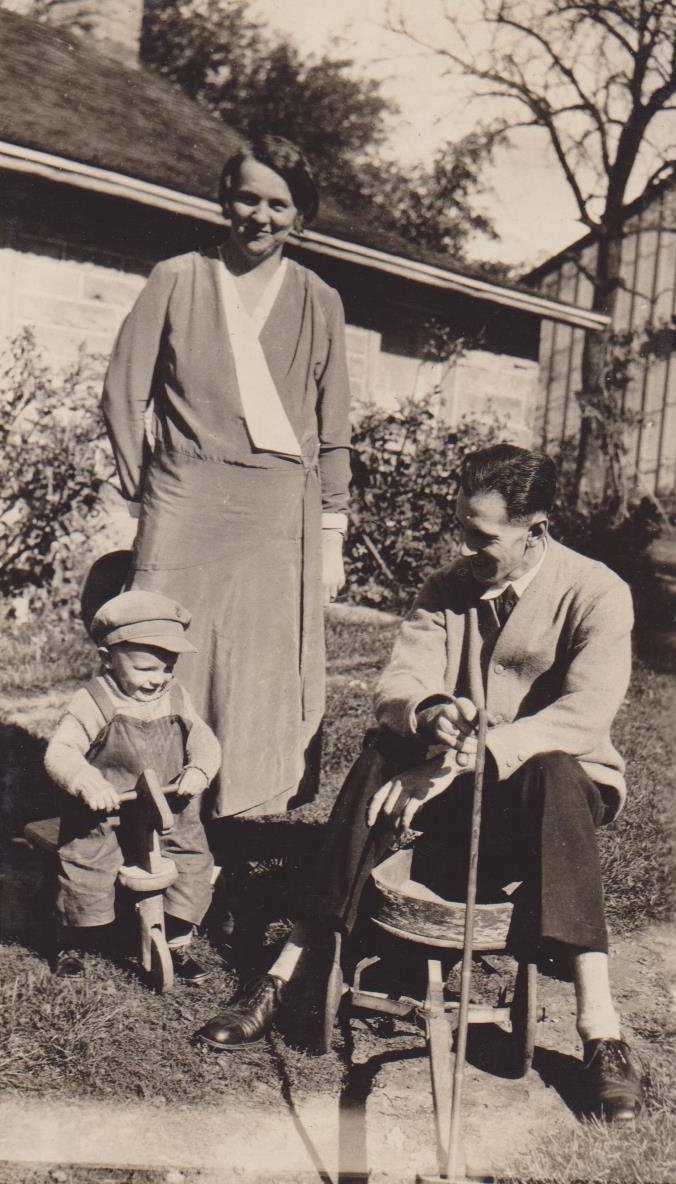 Earl and Emily Vanatter opened Van’s Meat Market on Colborne Street, Fenelon Falls in 1932. It grew into a popular grocery store, Van’s Groceteria, operated by their son, Jack, and his wife, Ina (York). When they retired, Carl Quaranto and Ralph Sackett rechristened the shop at Sunshine Food Market. Earl and Emily enjoyed travelling together, while he composed verse and created wonderful sculptures from roots.

To greet the dawn,

A bluejays scolds a saucy squirrel

And all day the woodland is alive.

And at night when everything is still

The woodland echoes to the tread

That move among the shadows.

Go gently then… as you

Go through the wooded dell;

The magic of the woodland spell. 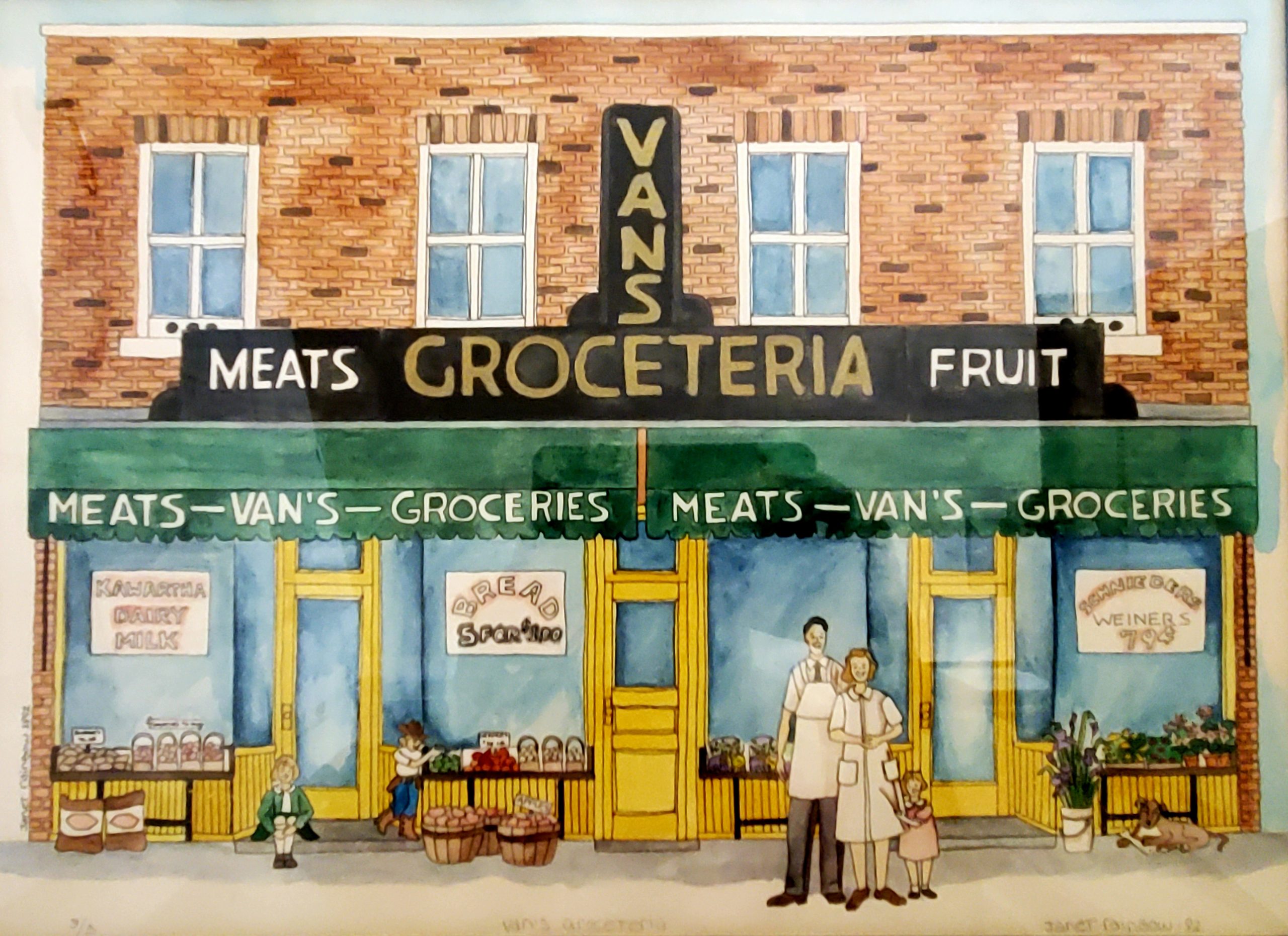 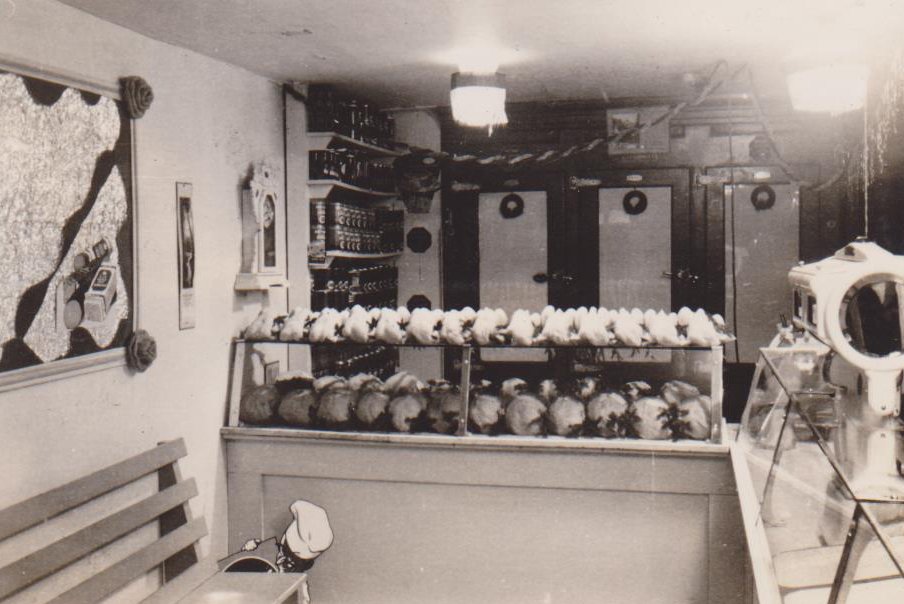 Van's Groceteria in painted a few years after it became Sunshine Food Market, by Janet Rainbow, 1982.

The Interior of the Original Van's Meat Market 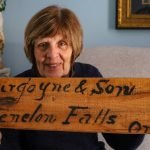 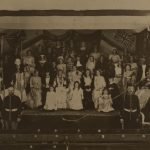