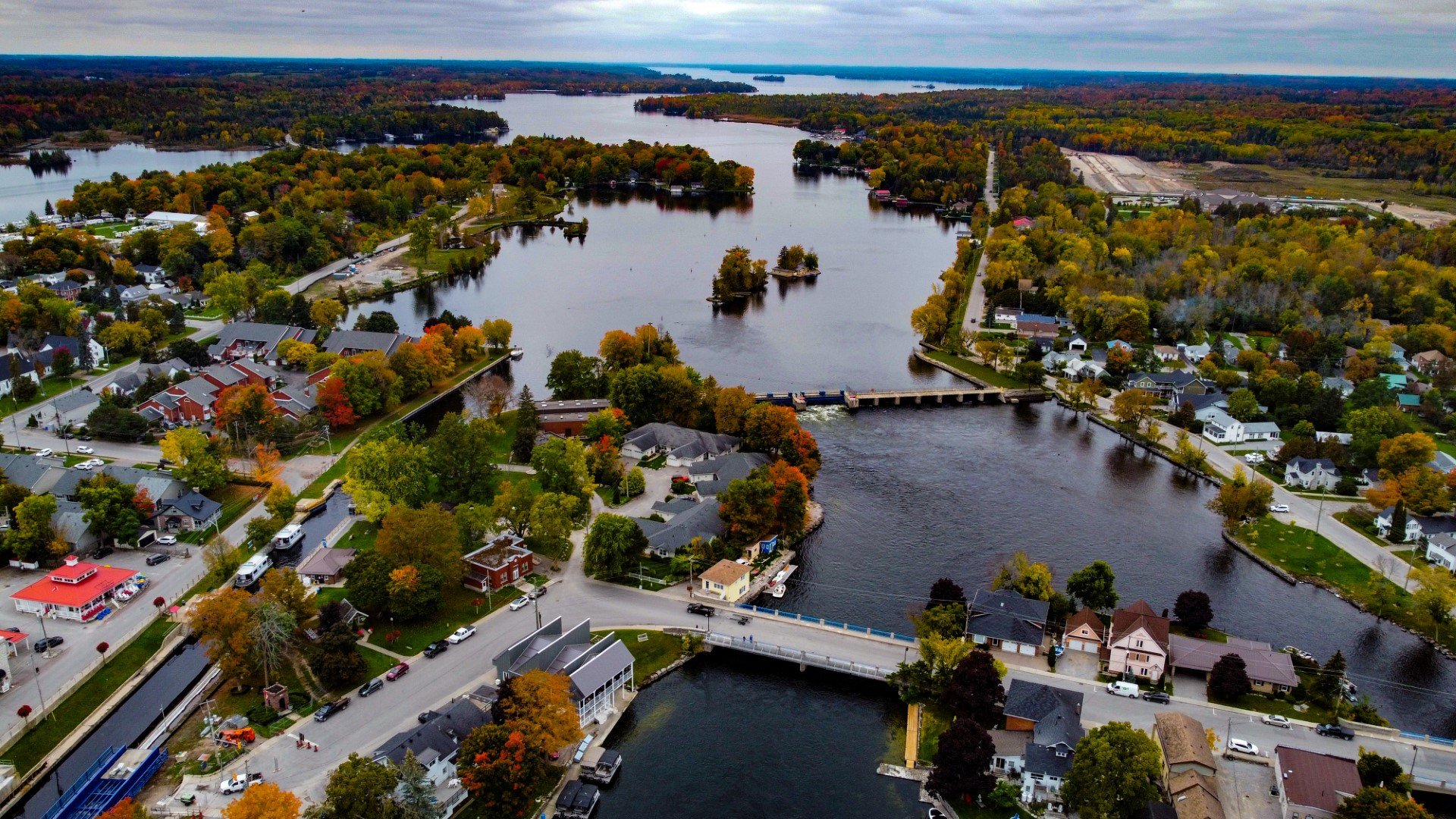 Bobcaygeon From Above, Autumn 2021

Bobcaygeon or bkijjwang is a Michi Saagiig (Ojibwa) verb, which means that the water flows around rocks, an English speaker might instead use a noun, to say it is a set of rapids. This name literally described the geographical feature at the site. Today, the natural bkijjwang or rapids is not as prominent as it once was, given modification of the watercourse that came with the dam at Bobcaygeon and the raising of Pigeon Lake for navigation. In the early nineteenth century, this name was phoneticized in English as Bobcajwin, Bobcajwinunk, or Paubbookaijewenum, later familiarized as Bobcaygeon. The addition of the Michi Saagig locative suffix –ong/–onk/–unk means that Bobcajwinunk might be translated as “the place at the rapids.”

In 1834, Upper Canada’s Lieutenant-Governor John Colborne named the official town plot Rokeby, which was located on the north shore. Years earlier, George Strange Boulton, (namesake of Bolton Street, also a Conservative Member of the House of Assembly from Cobourg, who was a close associate of the so-called Family Compact) contracted for the local survey, then subcontracted the job to an actual surveyor. In payment, he received land in the township, including lots adjacent to the town plot. He sold his interest to Thomas Need, who began the village’s development and owned the Islands and South shore, which was known as Bobcaygeon. For many years both names were used to distinguish the adjacent town plots. Rokeby long had its own separate school. Through popular usage, the name Bobcaygeon eventually prevailed.

In the second half of the 19th century as steamship (connected with railway) networks were making the Trent Valley (the naming of the Kawartha Lakes came later) into a tourist destination, concocting romanticized stories about the region was a common marketing tool. Mossom Boyd (who succeeded Thomas Need as owner of Bobcaygeon) decided that the origin of the name was Beau Bocage, being of French origin, reflecting how beautiful the countryside was around Bobcaygeon. He gave this name, Beaubocage to his longest serving steamer. Yet, Boyd had been there when the bkijjwang was being Anglicized into Bobcaygeon.

Bobcaygeon From Above, Autumn 2021 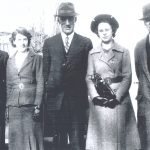 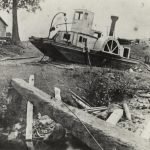