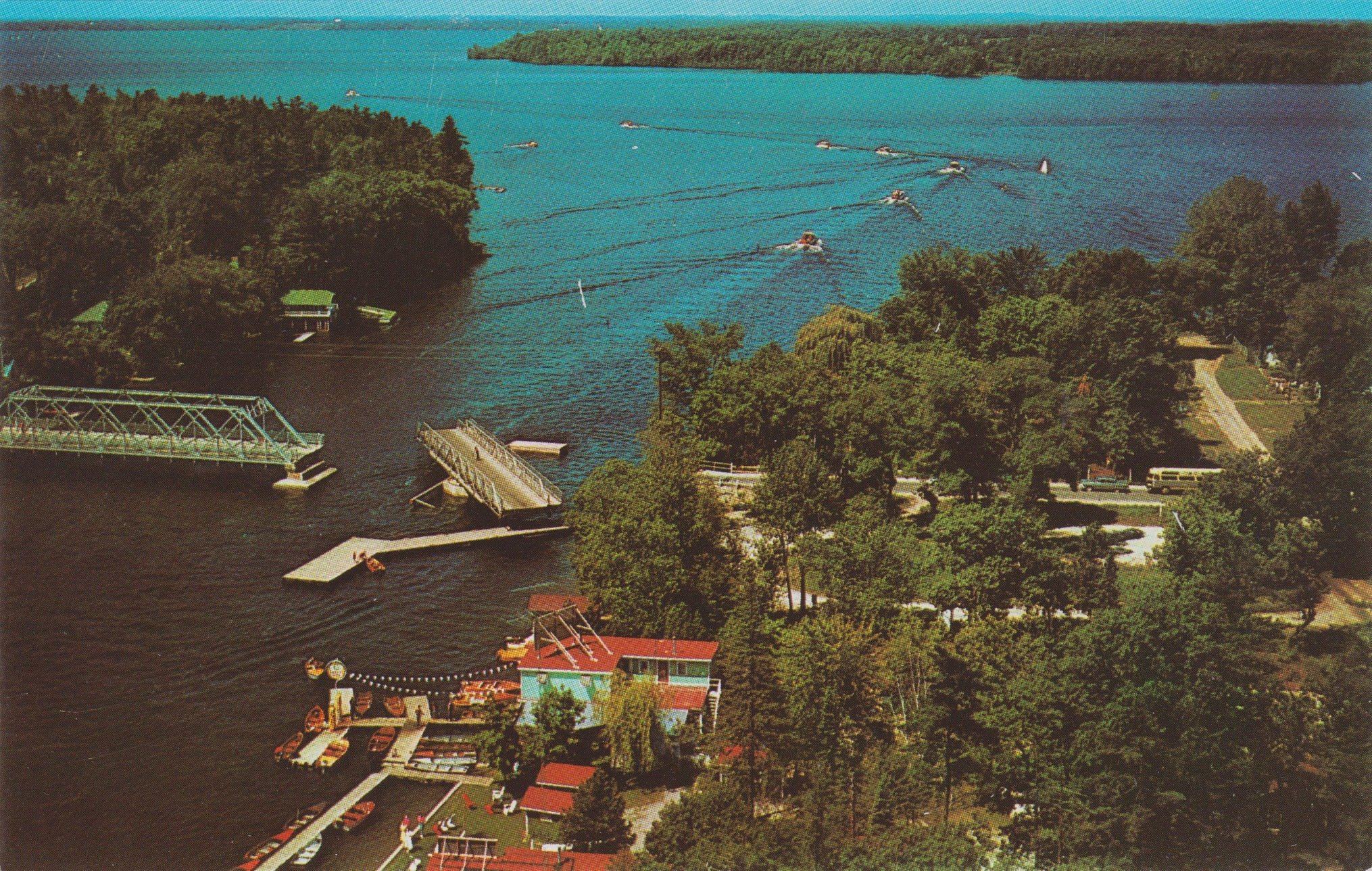 Before digital cameras, postcards were a great way to remember where you had visited—they were less expensive than developing your own photographs, plus they were professional photographs and available practically everywhere.

Peterborough’s Harry Oakman took the postcard business to another level, being a pioneer in aerial photography. While there had been aerial images of the Kawarthas as early as 1919, Harry made mass production of aerial postcards practical. He developed specialized equipment so he could fly his airplane and take a photograph at the same time.

Harry was a larger than life character who was full of energy and great ideas. He realized that many businesses and communities that catered to tourists would buy postcards if they were on offer, and flew all over Ontario (occasionally venturing as far as Florida) photographing destinations. He quickly became one of Canada’s best selling photographic artists.

As he churned out inexpensive souvenirs for tourists, H.R. Oakman made a lasting contribution to Ontario’s history. For communities throughout the province, some of the most striking local images came from his studio. For the period he was active from the 1940s to the 1970s, he produced an unparalleled visual record.

To see more of Harry’s photographs, check out our online exhibition on H.R. Oakman: https://maryboro.ca/virtual/h-r-oakman/+2 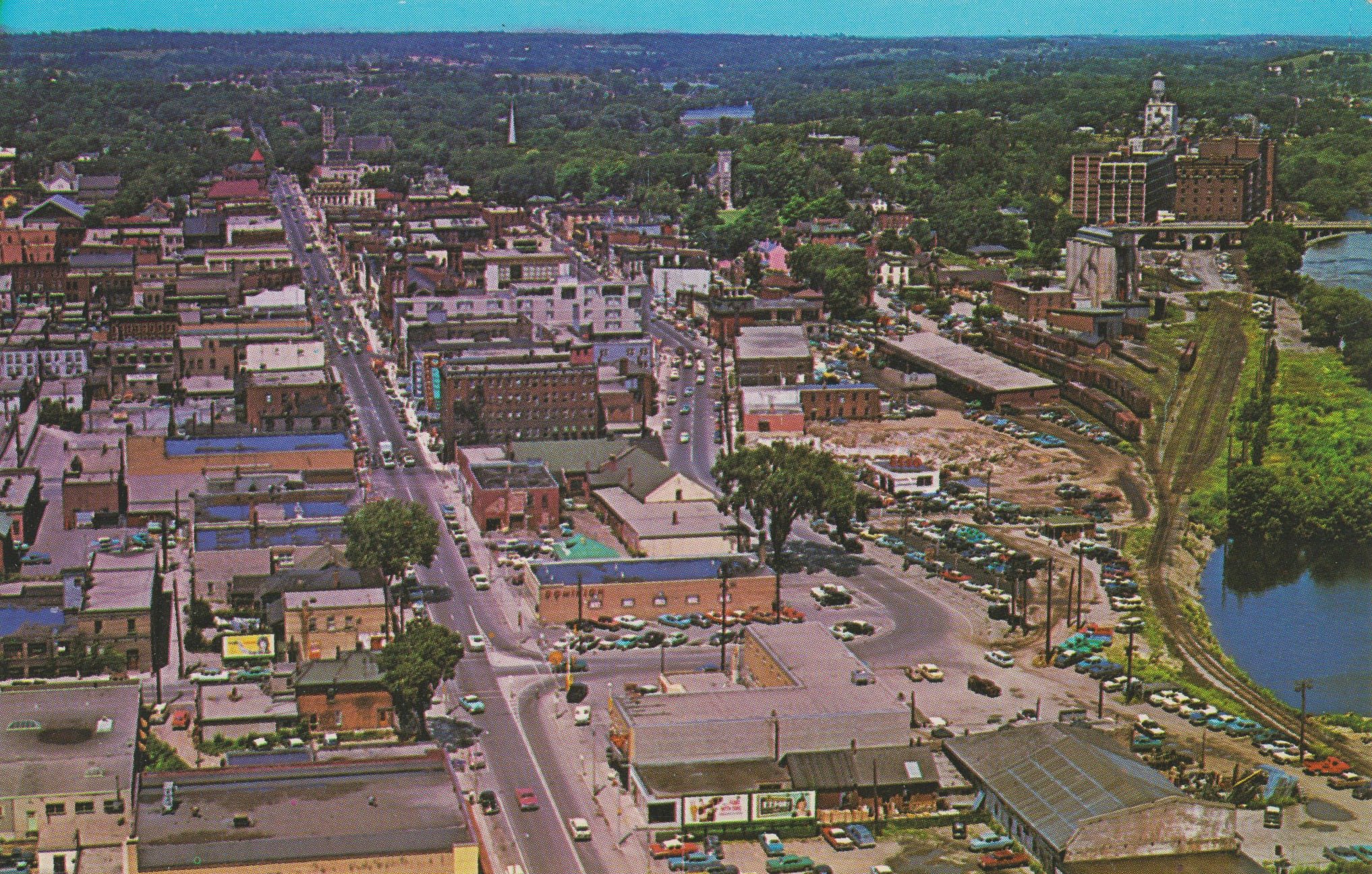 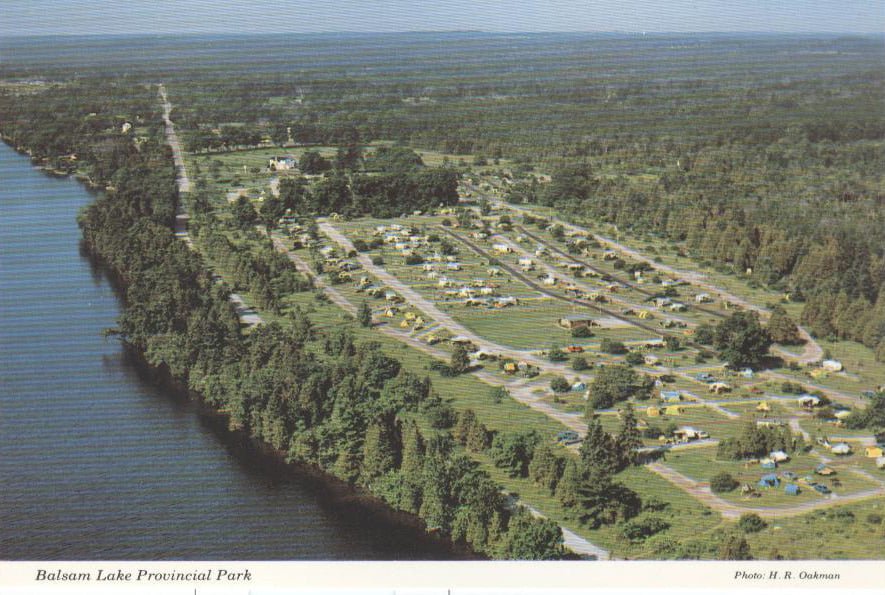 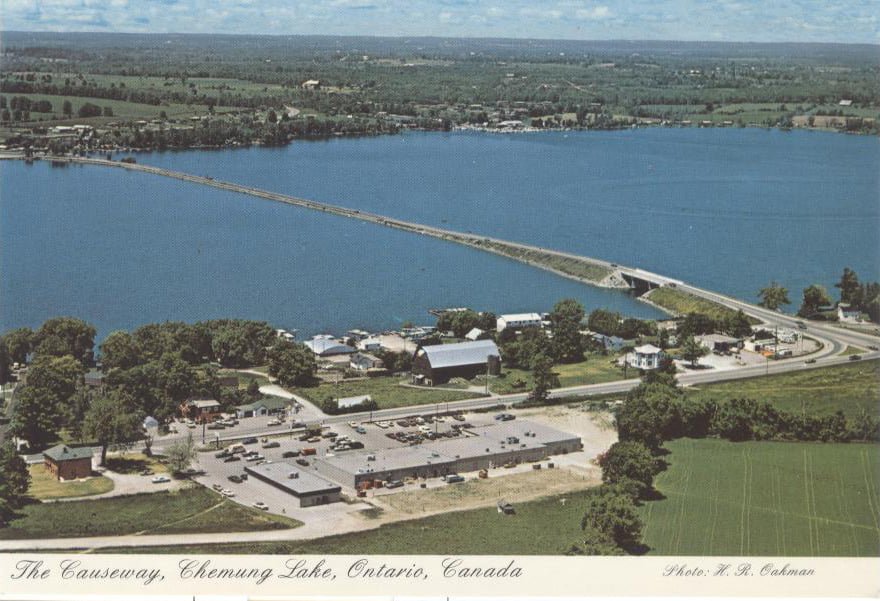 George and Water Streets, Peterborough, circa 1965 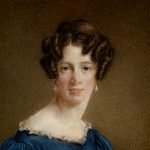 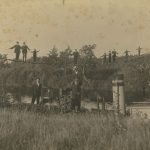