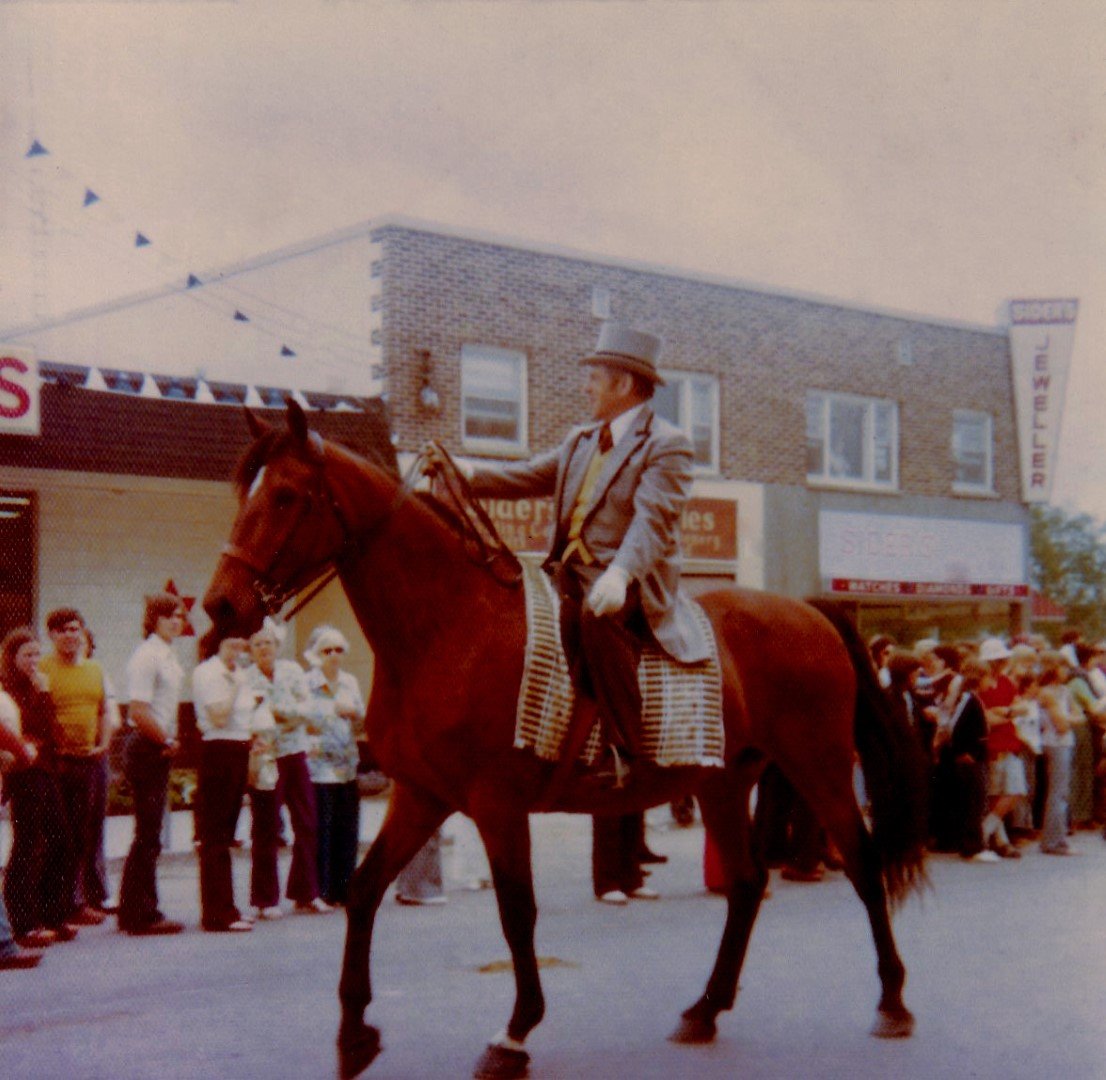 In 1965 Charles Lamb, the Conservative MP for Victoria County, died in office, having served only two years. His predecessor, Burnt River lumberman Clayton Hodgson had won six consecutive elections before retiring two years earlier, though he remained as a popular as ever. Being a bi-election, an unusual amount of national attention focused on the politics of Victoria County, as seven candidates sought the conservative nomination. After six ballots, their Conservatives chose their new candidate, Bill Scott, a grocer from Kinmount.

At first glance Bill might have seemed an improbable Member of Parliament. In an era when fashion mattered—even grocers would be expected to wear a suit and tie or a nice dress—Bill Scott was the kind of man who, if a trench needed to be dug, he would be right there, and just as muddy as everyone else. At first glance on the street of Kinmount, few people would realize who Bill Scott really was.

As a grocer, his dear wife Betty was the one who actually ran the business. One day the butcher wasn’t able to come in, so she asked her husband (who knew the trade) to come in and cover for him. Bill was right there to help, spent the morning talking to everyone who came into the store, and found the time to cut about six pieces of meat… then gave each one away. Betty, of course, didn’t think that the family business should be just giving the produce away.

But as a politician, Bill was a natural. In a riding where there was the town of Lindsay, and a great many townships and small communities, Bill was a farmer at heart. While glad-handing in the lead up to the 1984 election, he asked one lady at the Kinmount Fair what it would take to get her vote. She said she wanted to see him milk her goat. He was of course, perfectly comfortable to oblige, and in an instant, it created a great photo opportunity of a truly grassroots Conservative candidate, on his knees milking a goat. He enjoyed talking about farming, and would often say “I liked to talk to the cows, they were the best psychiatrist I ever had.” And truly he did like to befriend animals.

Bill was at home with farmers and in small communities. When he served in Ottawa he came home every weekend, to spend as much time as he could in his riding. He would attend just about any gathering, be it a wedding anniversary, community meeting, or public event. “Even if you invited him to a cat fight, he would go.” He didn’t like to go anywhere by himself, and Betty was a homebody, so he was always coaxing someone to go with him, or to make the weekly road trip with him back to Ottawa.

“As a kid growing up, when I got up in the morning there would often be a stranger sleeping on the couch. But Dad would say, ‘oh, so and so was just stopping by to say hello.’” Bill always did everything he could be a good host. He had a wonderful sense of humour, but was terrible at telling jokes.

Bill “had a unique ability that as soon as he walked into a room, he could make everyone feel a little bit better.” It seemed as if he knew everyone by name, and if he didn’t know someone, he had a knack for having it come out in conversation, and he would never forget it. He truly cared about the concerns of his constituents, and would do whatever he could to make things better. In a system of government where a member of parliament was there to represent a particular riding, he truly did represent a great many of the people from Victoria County and Haliburton (the ridings merged in 1968) to the Government of Canada. “If anyone ever said anything bad about him, someone would rise to his defence.”

Bill was great at making people feel better. One day, a fisherman from Nova Scotia was coming to Ottawa to receive commendation for saving the lives of several other fishermen. Though heroic when his peers were in danger, the fisherman was terribly nervous about meeting all the Ottawa notables. But Bill saw he would have no trouble relating to him, and accompanied him for his Ottawa journey. Their families remained close for years to come.

Bill was energetic. He would stop at nothing to help community organizations, and he particularly cared about the Kinmount Fair. Through his tireless work, it became a great community celebration, even as ever fewer people around Kinmount actually farmed. He loved horses, and he had a wonderful ability to train them. Few locals would forget the sight of Bill Scott riding Blaze at many of the parades and fairs of the region.

Every year, the local Conservative Party association would host a barbeque—where else, but the Kinmount Fair Grounds. Whereas some other candidates would think that the riding association should be focused on the great political questions of the day, Bill Scott knew how to have a great barbeque. They would bake 40 or 50 pounds of beans in a sap kettle and had a huge barbeque that would cook enough beef for 500 people. With a few drinks and some entertainment, what was not to like?

Bill loved the time he got to spend in Ottawa just as much. He was always a part of the social gatherings in Ottawa, and never missed the chance to go to a Chinese restaurant. Just as he loved going to his constituents’ anniversary gatherings, he was part of many joyous parties on Parliament Hill. It was an era when representatives would know the prime minister personally, even if their politics differed. One of Bill’s best friends was a member of the NDP.

Bill Scott always said that the worst thing that ever happened was when the cameras were introduced to the House of Commons, because members started to perform for the viewers at home. The personal relationships that he had spent a lifetime building became more difficult to maintain, in the face of all the partisan bickering that came with what seemed to be increasingly a win-at-all-costs mentality.

Bill was a career backbencher, his only post came in 1989 as secretary to the Minister of Veteran’s Affairs. He was happy to focus on his own riding. Having won eight consecutive elections, often by a wide margin, even in the face of Trudeaumania and the changing political scene nationally, by the early 1990s something was clearly wrong. Bill Scott, who for decades had known everyone by name, suddenly couldn’t remember what he was talking about long enough to give a speech. As Brian Mulroney had gone from winning by the largest landslide in Canadian electoral history to becoming the all-time least popular Prime Minister, Bill Scott had to retire because of Alzheimers. Without him, Victoria-Haliburton, Conservative since 1945, elected Liberal John O’Reilly.

It was very hard for Bill not to be able to go to all of the gatherings and see all of the people that he had made a career of befriending. And it was equally difficult for many of his friends to see Bill Scott as a shadow of what he once was. He died in 1998, but few he knew him will ever forget the sight of him riding Blaze in a parade or the moments they shared at one of the countless community gatherings he attended over the years. As a politician, “he loved every moment of it, he loved to meet people, and he loved his community.” 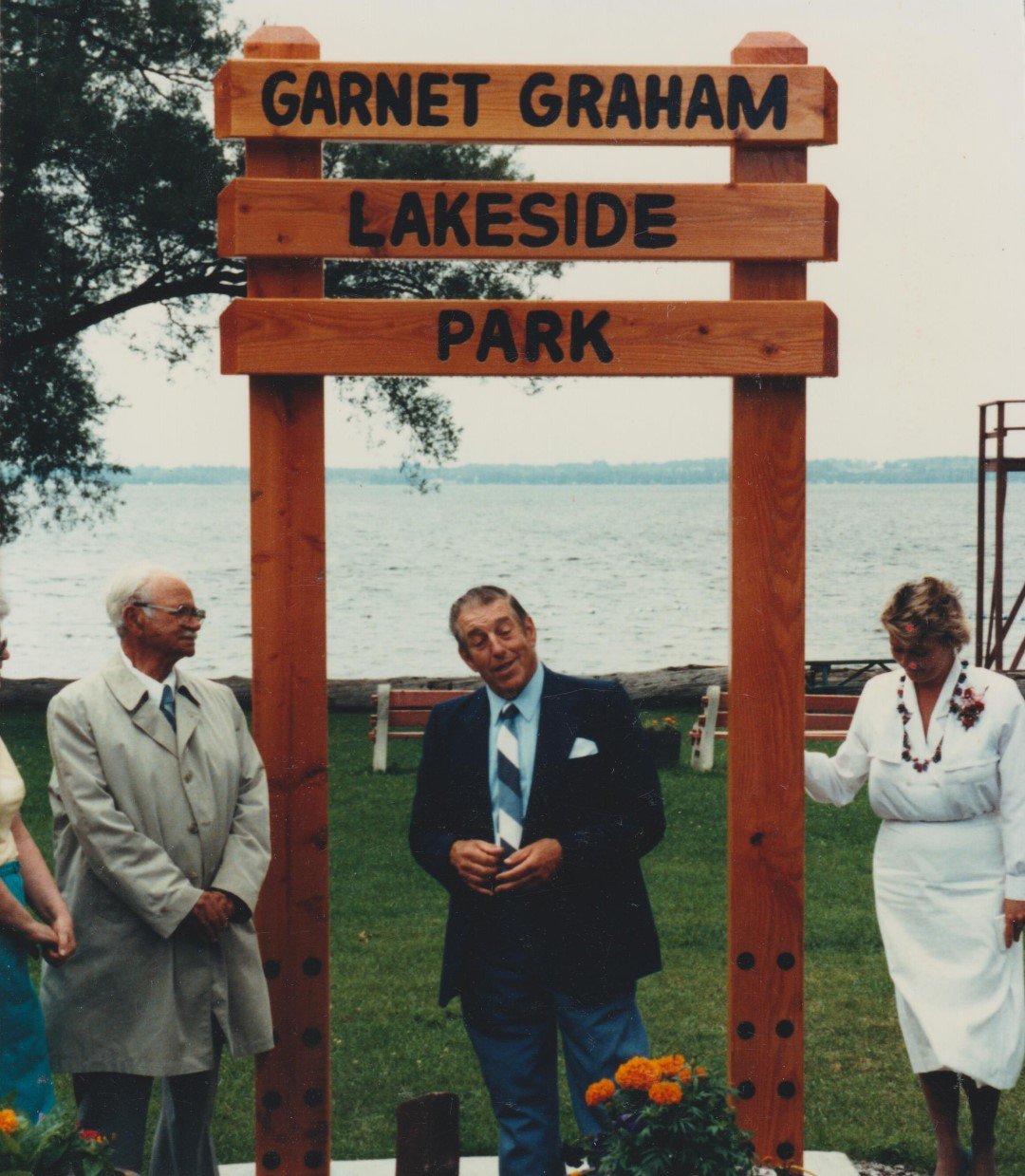 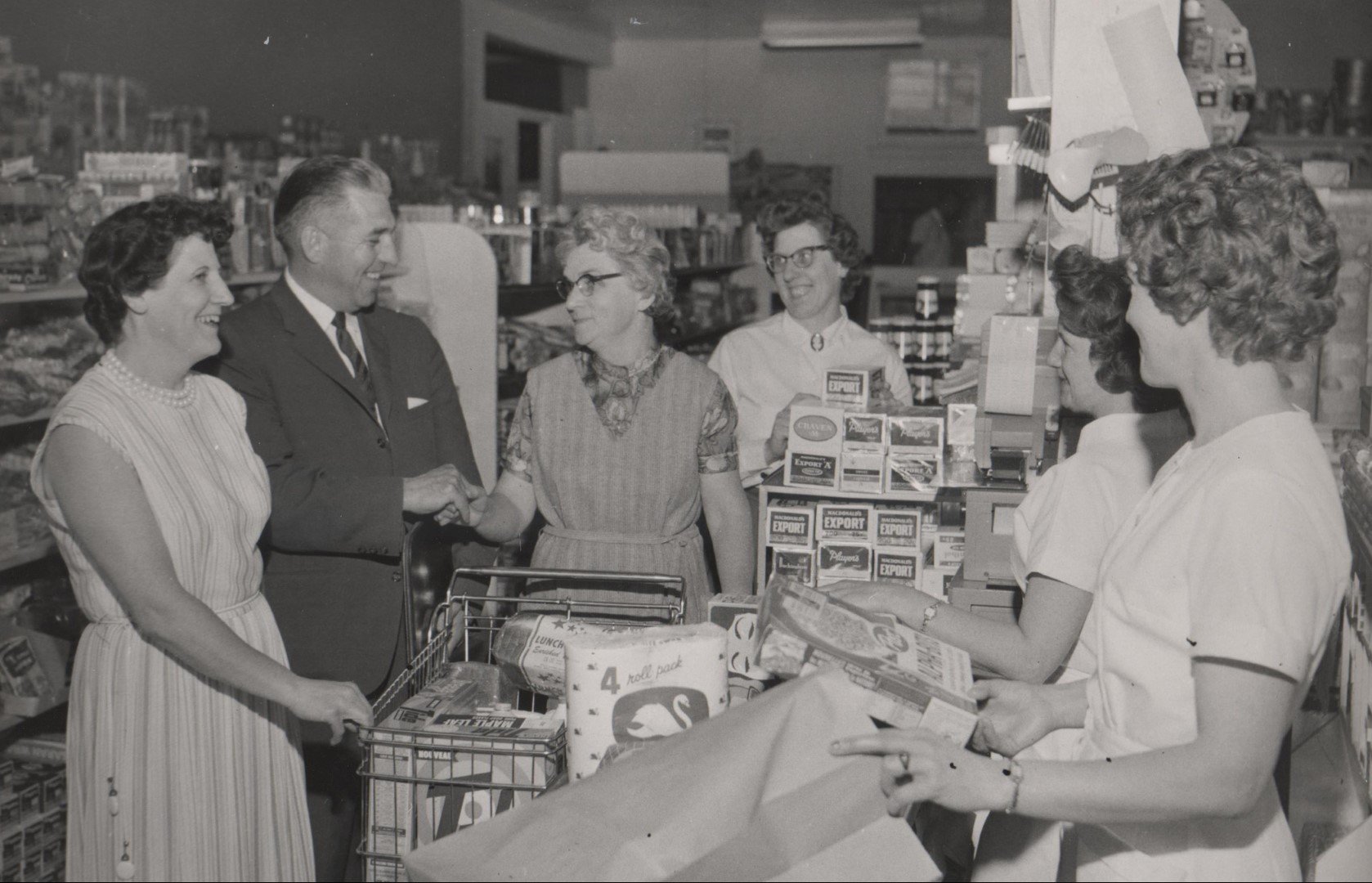 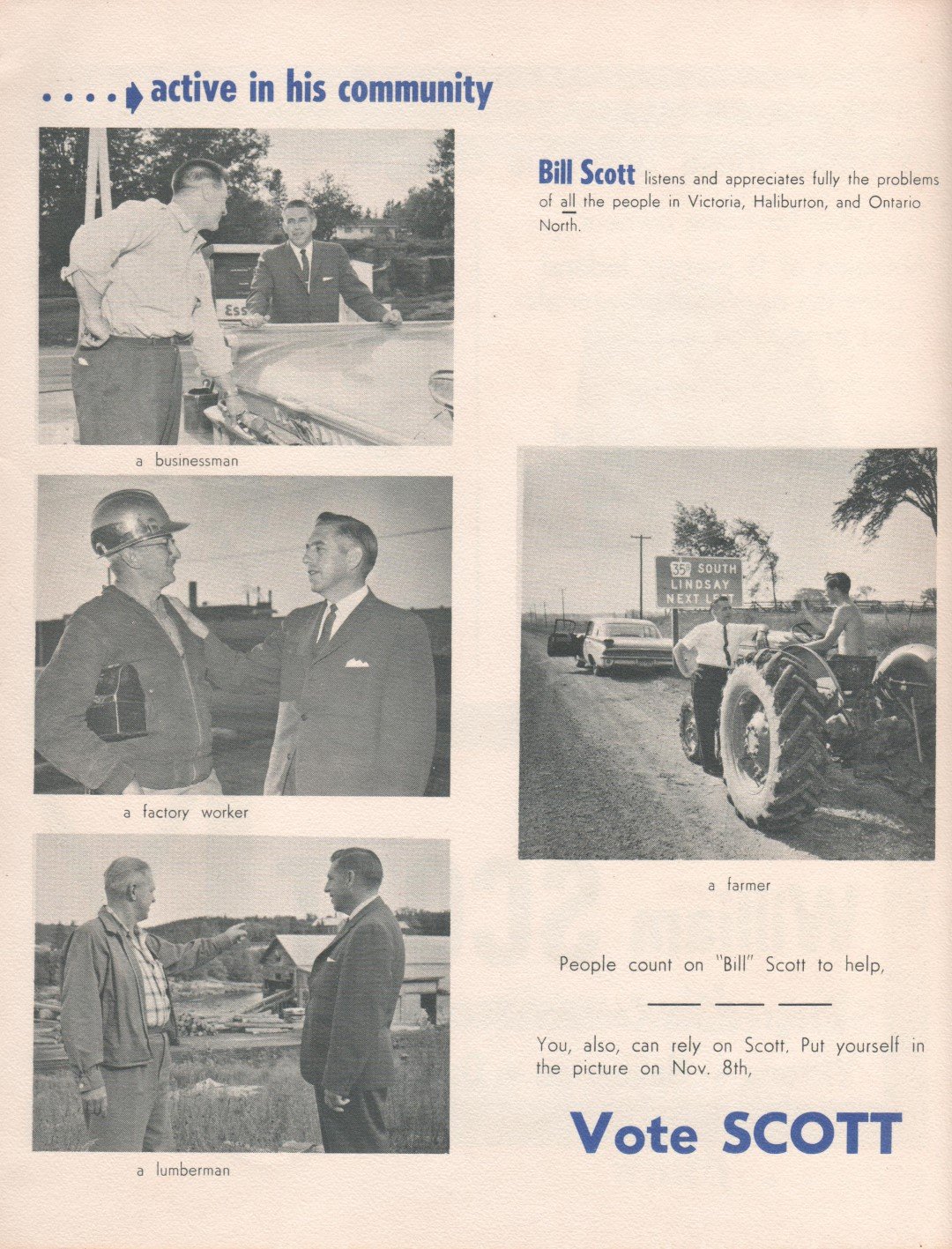 Betty and Bill Scott at Scott's General Store, Kinmount during the 1965 Election Campaign 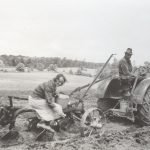 Would you like to try Gladys Suggitt’s Buttermilk Pie? 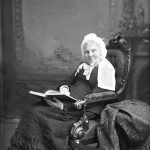