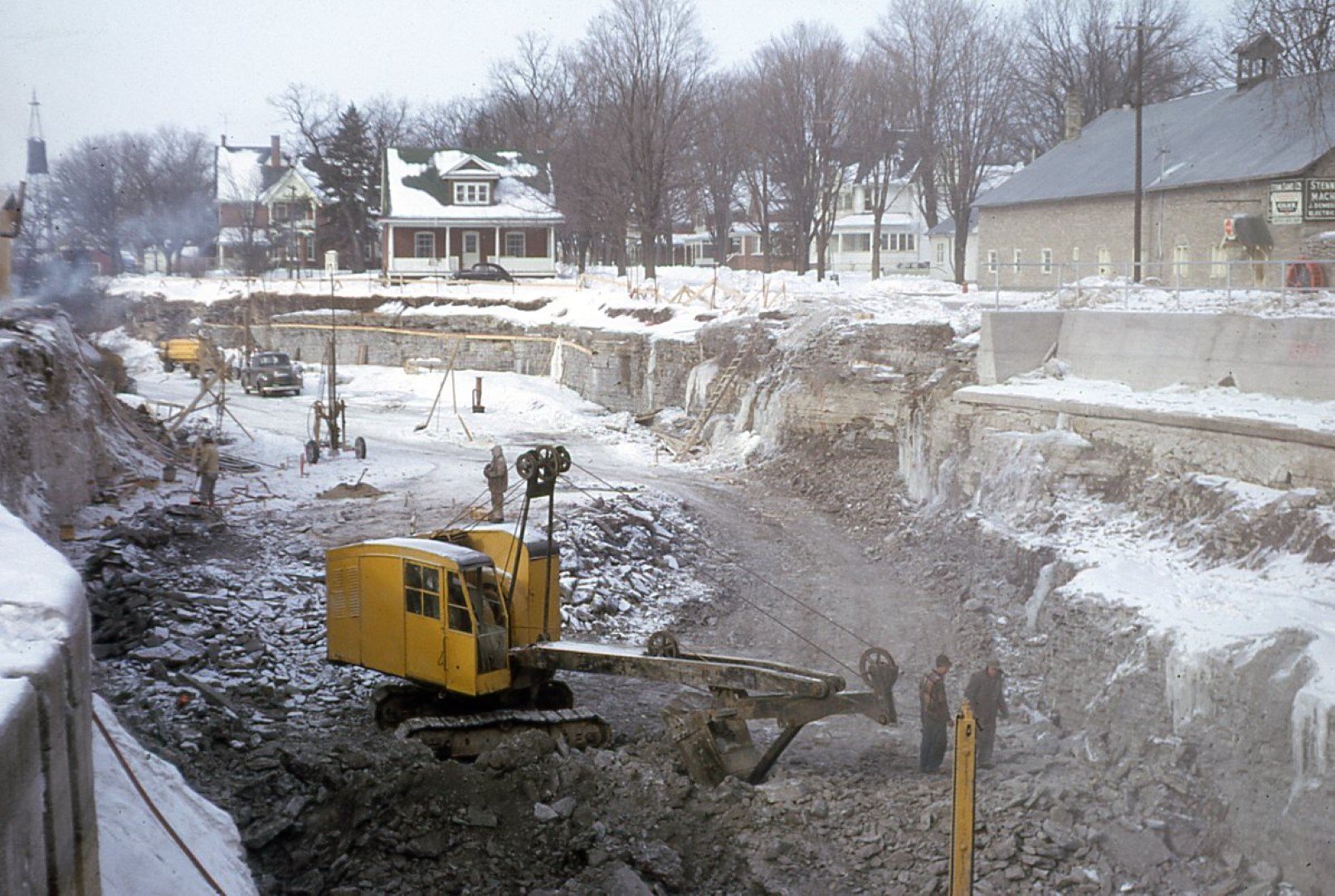 Excavating the Canal - The old lockmaster's house in background was moved to John Street, now a private residence

When I asked George about what it was like to dig out the Fenelon Falls Lock, he answered that “it was just another job.” Having worked over 70 years in construction, nothing phases George.

As a youngster, George grew up helping his father Wilf. Back then no one in the area had heavy equipment, so when they needed sand or gravel on a job, they had to load the single axle truck they had by hand. It would take three men working together a couple of hours to shovel a load onto the truck. If they were putting in a septic, they also had to do the excavation by hand. The Jacketts were no strangers to spadework—dating back to his great-grandfather, Robert, who oversaw the installation of Fenelon Falls’ first water system, back when all the trenches were dug by hand.

After the Second World War, things started to change. In 1945 they bought their first hydraulic loader, which doubled or tripled their rate of productivity—then the truck could conceivably make one local delivery an hour, instead of 2 or 3 loads a day. Seven years later they purchased their first cable-operated excavator. His father was not accustomed to using the new digging machine so sixteen-year-old George had to leave school to work full time in the business. Though it was expensive to purchase, the new equipment made many new types of work possible. And as people took for granted having heavy equipment, it made it possible to do a lot better job—the amount of material that would be specified for a septic bed multiplied.

In the early 1960s, Parks Canada redeveloped the Fenelon Falls Lock station. Not only did they gradually clear the island to create greenspace, they converted a two-step lock into a single lock. To do this required a massive amount of excavation, and W.G. Jackett and Sons were chosen as the subcontractors, who actually did the excavation. A separate company did the blasting.

Though George would tell you he has dug bigger holes and undertaken much more extensive developments, digging the Fenelon Canal was perhaps the most conspicuous job he ever did. Everyone in town was watching, and seeing the equipment digging down in the bed of the canal was quite the sight. His wife, Anna May, was then a teacher at the public school, where she would hear the other teachers wonder how Jacketts would ever get the equipment back out of the canal. For the crew, it was simply a matter of driving the equipment up an aggregate ramp, then digging the ramp back out as they left.

For two winters Jacketts worked to dig out the Canal. The first winter they trucked the material out with a great ramp they constructed leading to the western end of the island that also served as a dam to hold Cameron Lake back. By the next winter the upper lock gate was in place to hold back water, and they ran material out the lower end, up the hill beside Siders (Later Stokes on Trent).

George and Garnet Harrison operated excavators, loading the material onto the company’s single axle trucks. For two winters they dug, day after day, until finally they had removed enough material for the lock to function. The photographs of the excavations show how they left behind a giant stone pillar, which would support the upper lock gate, and provide a means of allowing water to be controlled as it filled the lock chamber from above.

When asked if it was cold doing all this work in winter, George didn’t mind. He had grown up working outside in the winter. “Back then had to put your own heater in the excavator.”

The excavator operated on cables, rather than being hydraulic. So instead of using a lever to control the bucket, it worked on three hubs, each with a clutch and a brake to release or stop the cable from moving. One hub controlled the A-frame, another pulled the bucket in, and the third was for the dipper stick. It took both hands and both feet to perform the motion of digging. Operating a cable machine required a special license and a lot of practice.

The material, of course, did not go to waste. Jacketts hauled it back to their pit, ran it through the stone crusher, then screened it into saleable aggregates. Some of the material was used to make Fenelon Falls’ Industrial Park Drive.

After two winters of digging, the lock chamber was finally cleared out, all the concrete had been poured. One of the last jobs Jacketts had to do was to hoist the giant lock gates into place, after they were built on the Island. Then, at long last, the water could be let in, and Fenelon Falls now had a new-single stage lock. When asked if he ever goes back, looks at the canal and thinks, ‘I dug that,’ George of course answers, “it was just another job.” But to the rest of us, it was not just another job. 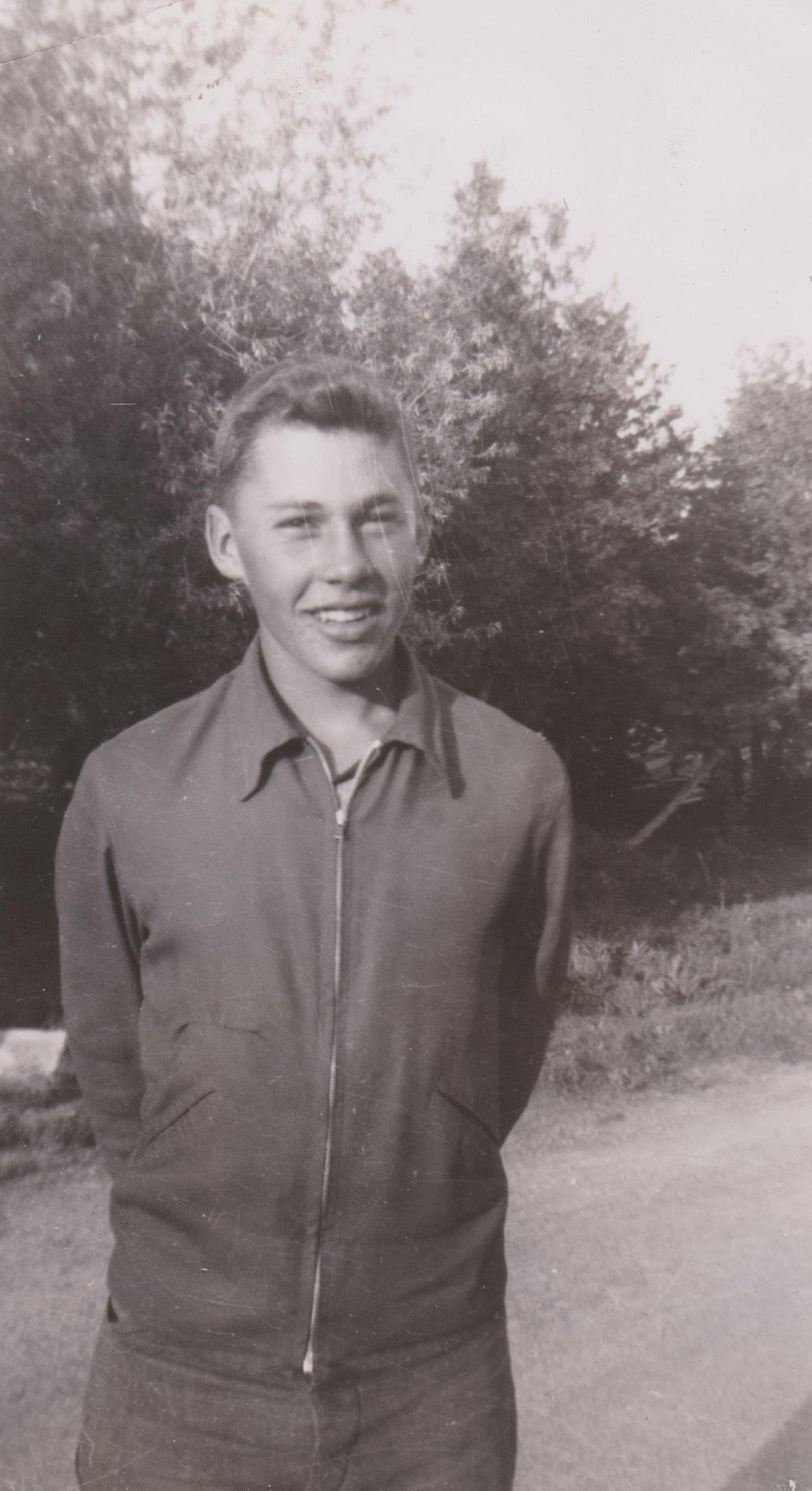 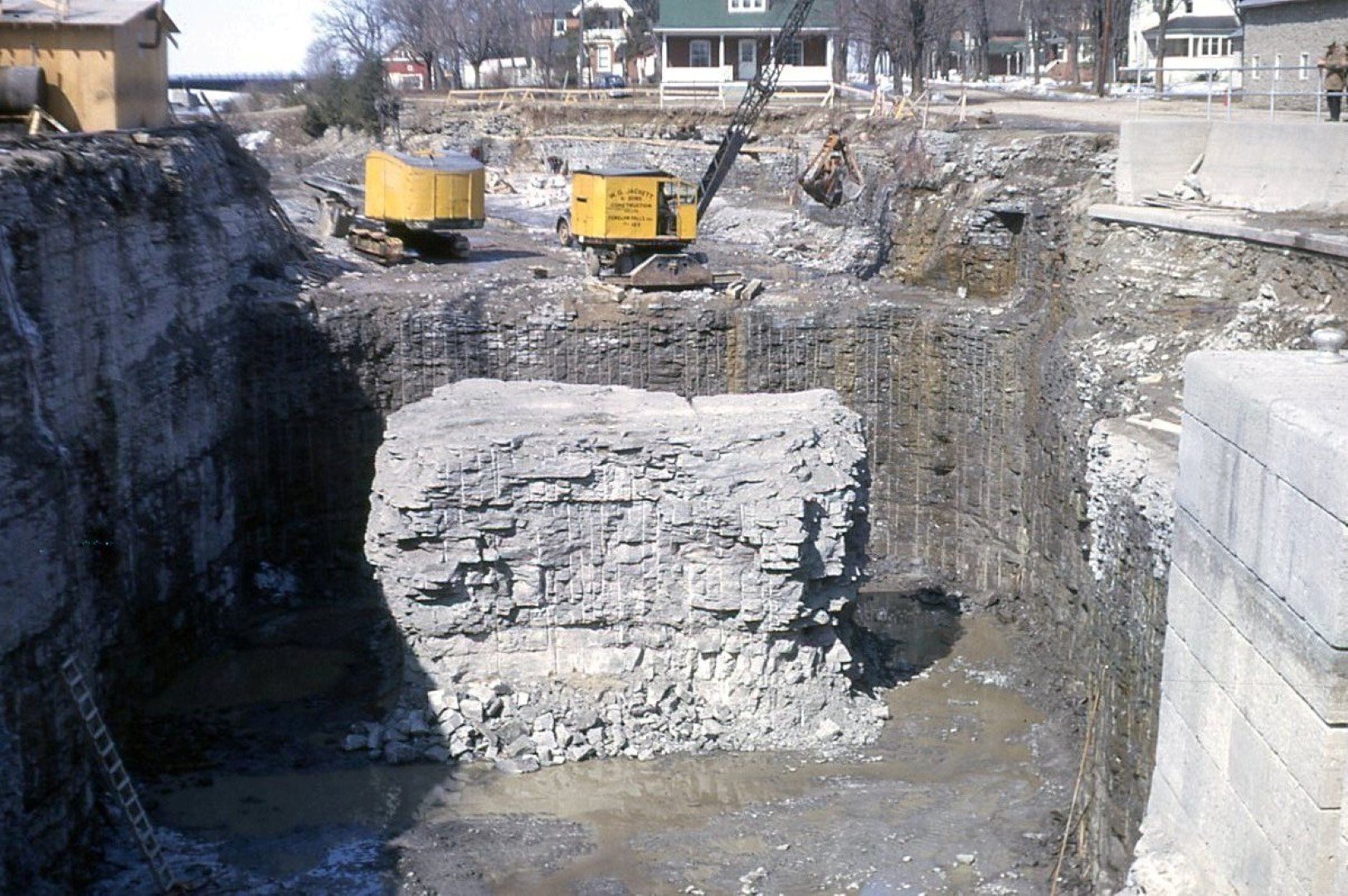 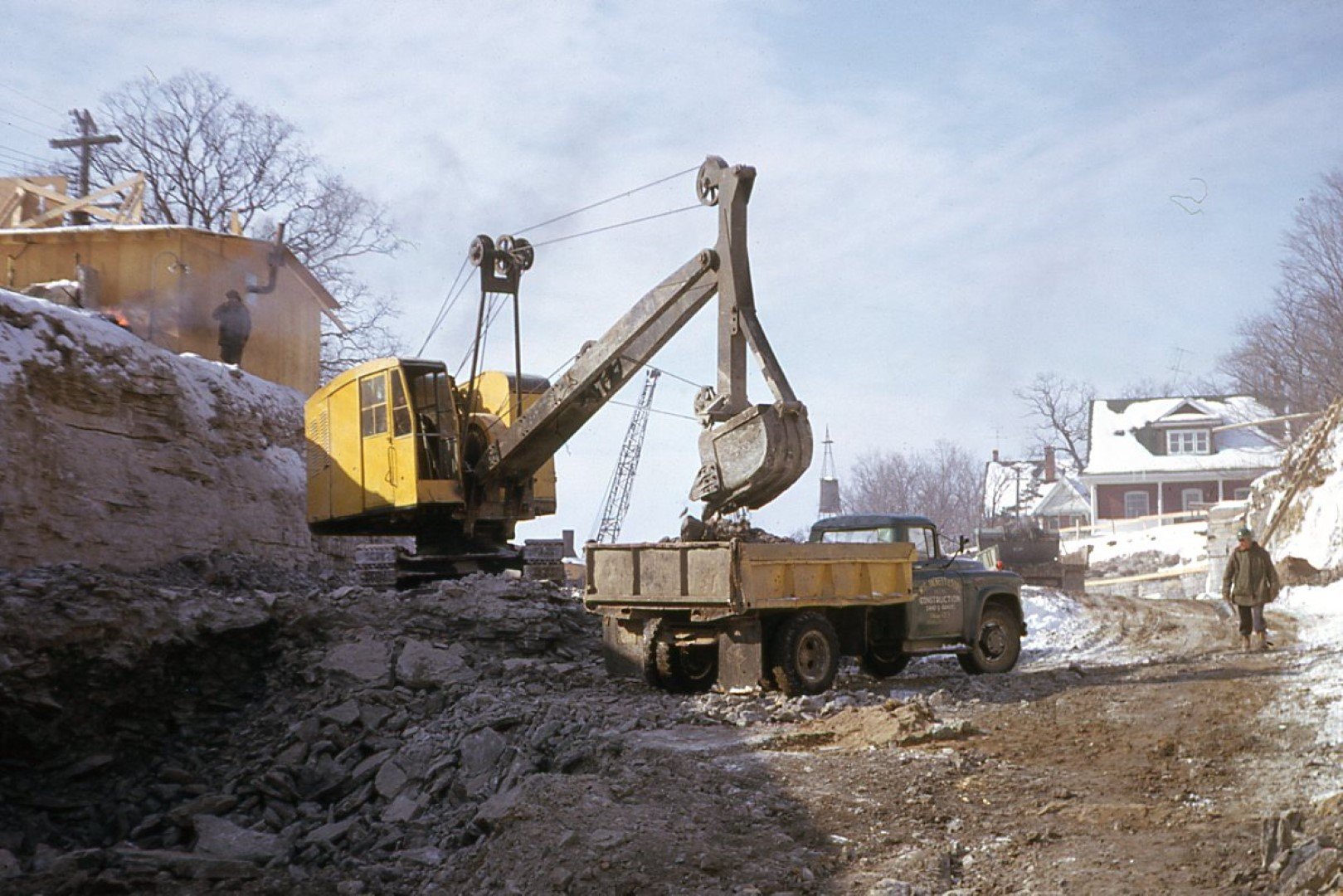 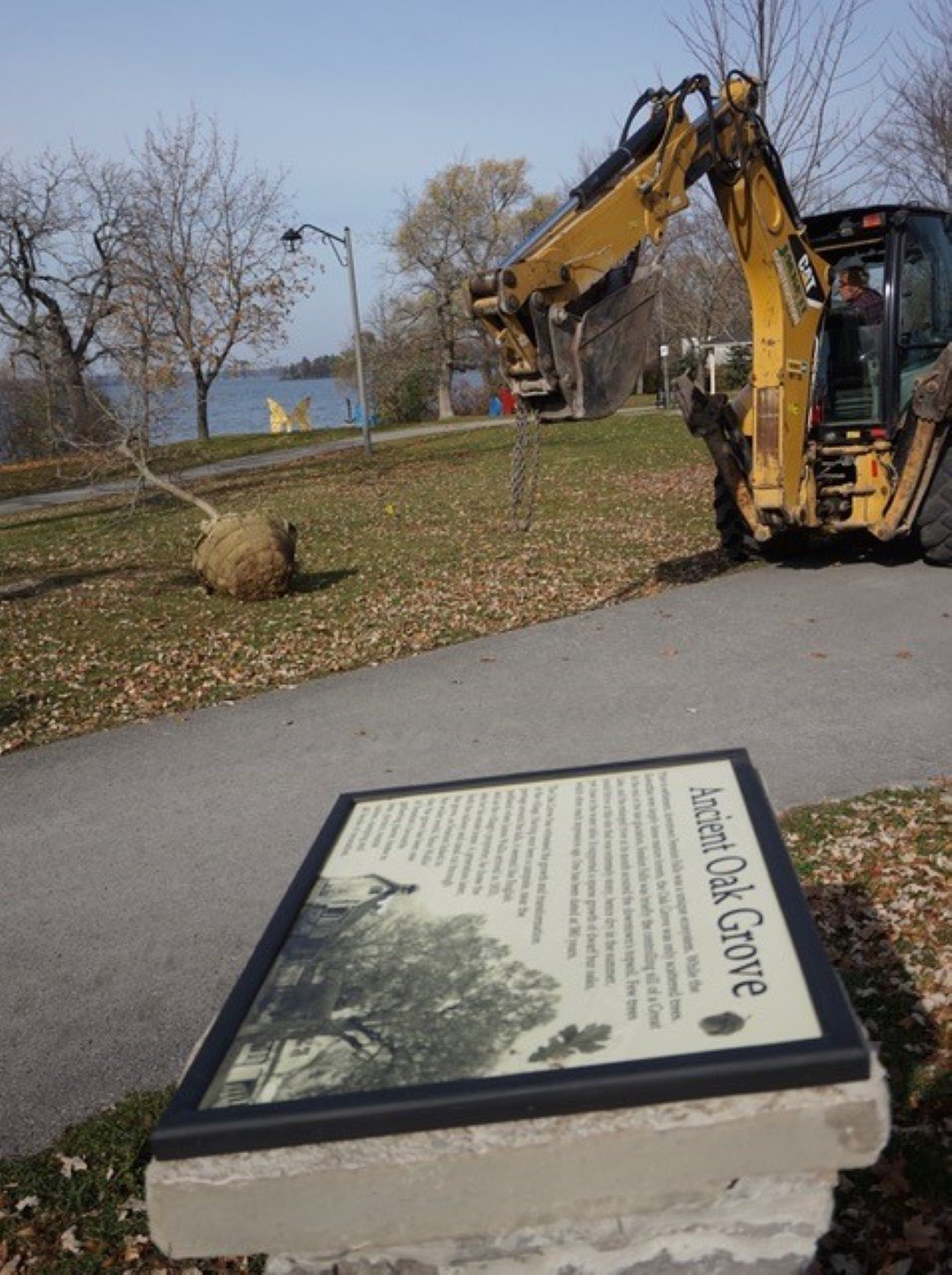 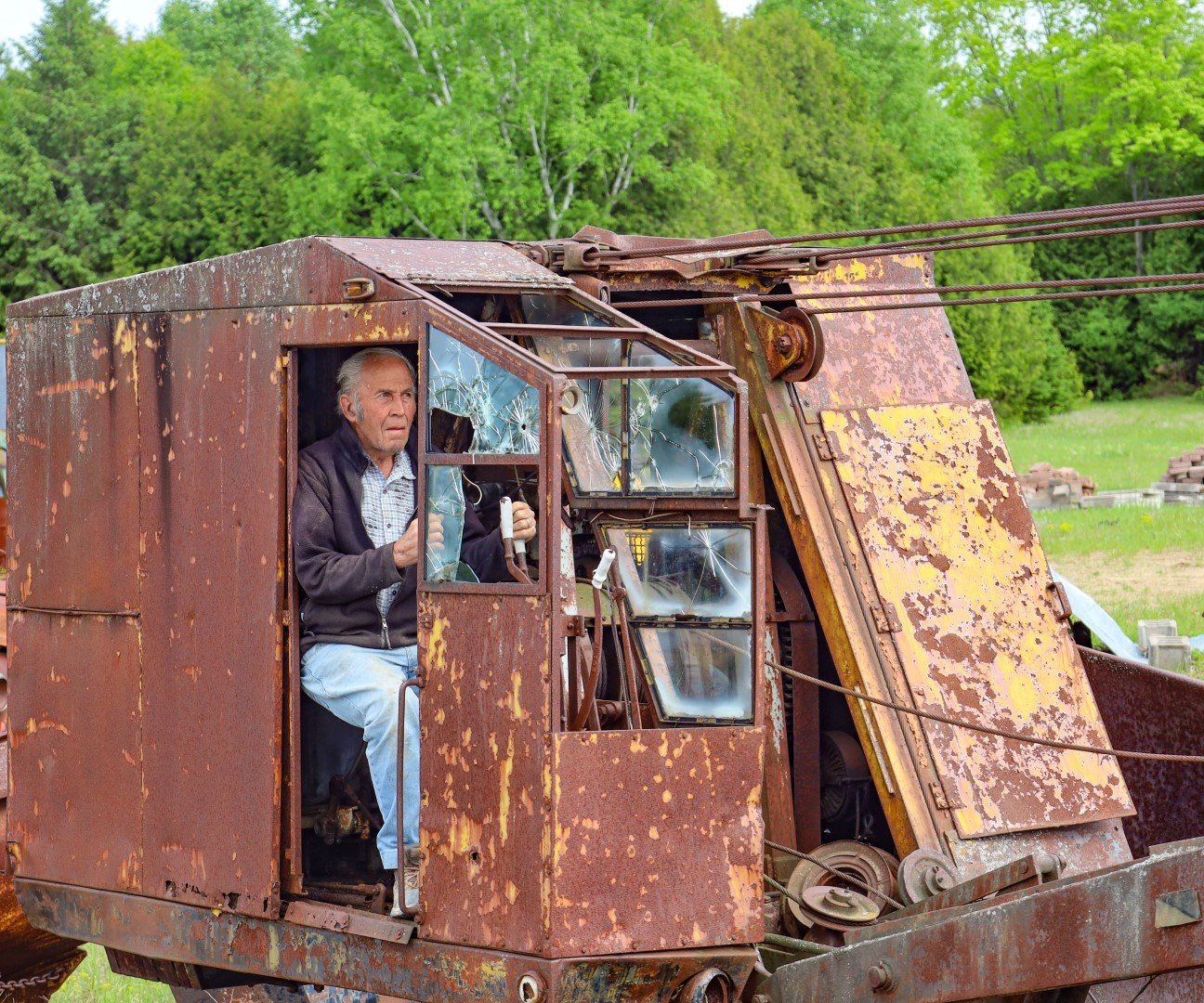 George Jackett during the early years of his remarkable construction career

Excavating the Canal - The stone block was left to support the gates, the channels around it allowed water to fill the Chamber

Six Decades after he used it to dig the Fenelon Canal, George Jackett sits at the controls of old Quickway, now in the Boneyard at Jackett's Pit

Excavating the Canal - The old lockmaster's house in background was moved to John Street, now a private residence 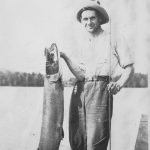 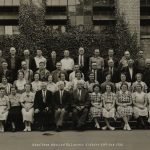 Do you have a Horn Bros. Blanket?