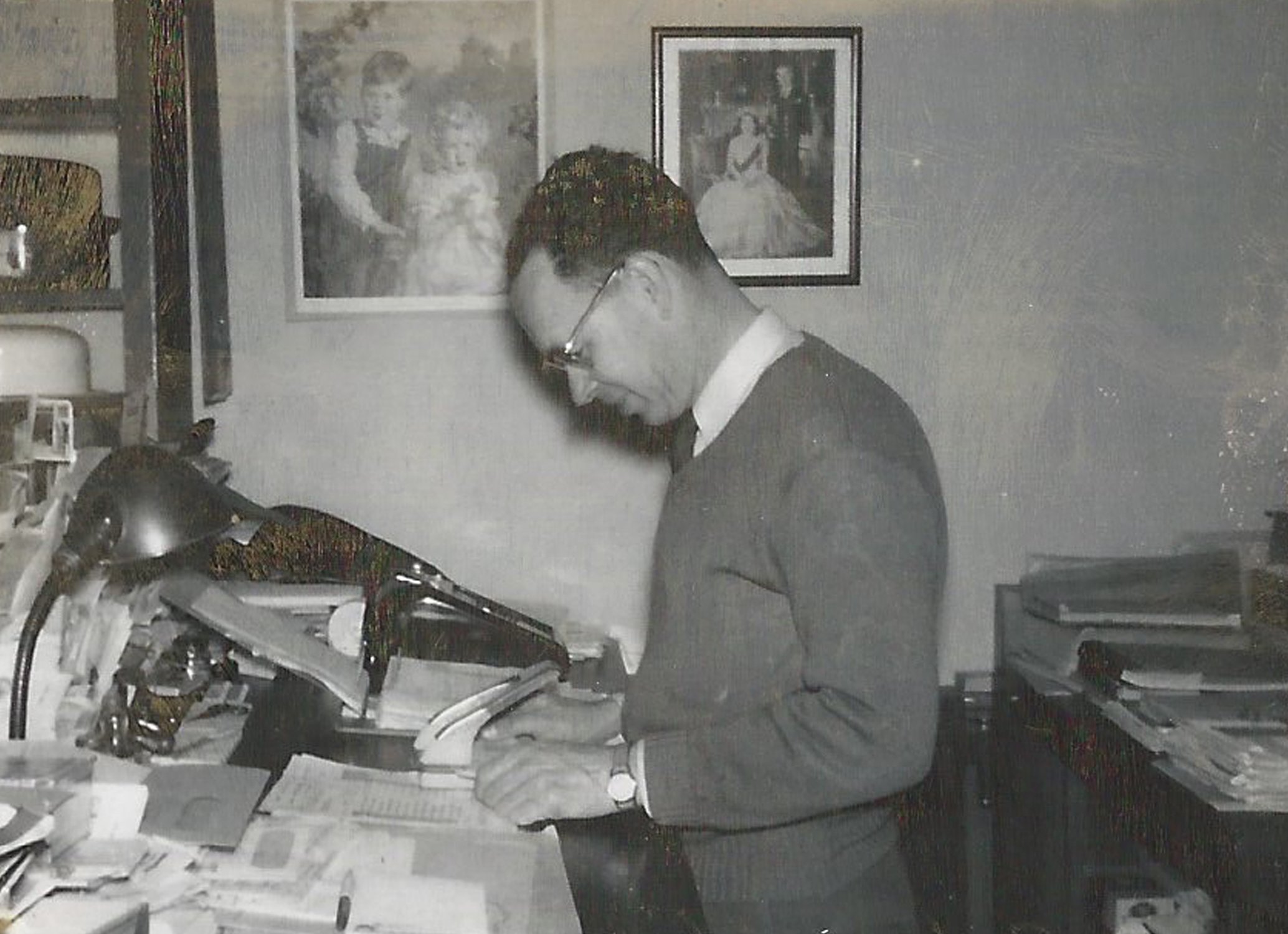 An Interview with Sarah Milke, Originally Published in the Summer Times, May 13, 1986

Mr. Brandon was born in Fenelon Falls on February 25th, 1918, to Tena Bedford Brandon and her husband W.B. Brandon. Fred’s mother’s family came to Canada from England. Her father was a Methodist clergyman and, for a number of years around 1911, he was the minister at the Methodist Church in Fenelon Falls. Mr. Brandon’s father’s family were from the Red Rock area, between Bobcaygeon and Fenelon.

Fred started his education at the old public school on Colborne Street, which, more recently, was the Schoolhouse Coin Laundry [147 Colborne Street]. There were four teachers at Fred’s time. He graduated from there to the old stone school which still stands behind the high school. Fred recalled that he was among the students to enter the first section of the new high school, which was built in the heart of the depression. “There were four classrooms upstairs, a science room and a general purpose room downstairs, plus other facilities. They built it cheap. They could barely furnish a classroom for that amount today,” Fred said.

Mr. Brandon finished his formal education in 1936 and went to work for W.T. Robson and Son, a farm implement dealer located where Jean’s Fashions [Remax] and Beckers [Daisy Mart] are today. Robson’s was flanked by Pogue’s G.M. [Pharmasave] and Harry Moore’s Grocery Store [Westland (Palmer) Insurance]. The face of Colborne Street was much different in the 1930s. There was a vacant lot where Cornerstone Furniture is and there wasn’t a theatre across the street. The theatre was built in the 1940s.

The building that houses A Touch of Class [Vacant] and J and B’s [General Store] was, at that time, [Northey] brothers. One ran the Jewellery and Bake Shop, while the other handled the Confectionary Shop, where they made their own ice cream. Directly across the street was a Ford dealership which had begun in the days of the Model T [Highlands Propane].

The year 1915 saw the beginning of Brandon Hardware, when Fred’s father, W.B. Brandon bought a small business for $1500. He operated on his own for six years in what is presently the Remax Real Estate [29 Colborne Street – The north half of Grr8 Finds]. In 1921, he took on a partner and moved across the street to a place that had just been vacated by the Bank of Montreal. The bank had moved to the corner of Colborne and Francis Streets. The Hardware store became known as Brandon and Gamble. Years later it would become Brandon’s Home Hardware.

During the early years, the store was long and narrow and, what is now the north part of the store, where the kitchenware is, was then part of the Mansion House Hotel. “It was part of the hotel dining room and a sample room where salesmen showed their goods,” Fred recalled. “The shop where Spiers have their shoe store, Sneakers Etc. [Home by Tim & Chris], was the main entrance of the hotel. The area where June and Fred’s Restaurant [Cow and Sow] is, had another sample room and there was a bar back there.”

Fred had gone to school with a young lady by the name of Mary McIntosh. After spending some time working out of Toronto as a wholesale hardware salesman, he returned to Fenelon Falls to marry her. Their wedding took place on October 10th, 1942. It was a superb Thanksgiving weekend in every way. After the marriage, Fred continued his selling job for more than four years, finally returning to Fenelon Falls to live. The Brandons bought their present home at 46 Oak Street in 1948.

Fred started working at the store and, by then, was very proficient in the hardware business. In 1950, he joined the Fenelon Falls Volunteer Fire Department and is still part of it today. “I’m still involved with the fire department,” Mr. Brandon said. “I still have a fire phone upstairs and I can operate the siren from my bedroom, right from my bed if need be.”

“One of the worst fires in this area was the Kawartha Hotel,” Fred recalled. “It went up one night in February, years ago. It stood on the site where the senior citizens building is now [Cliffside Villa]. Sandy Pavelek owned it then.”

“Going back again, I remember that until 1935, the southwest corner of Colborne and Francis street used to be a vacant lot. They used to pitch horseshoes there. Then the Bank of Commerce [originally a Post Office] was constructed.” Mr. Brandon recalled.

A man by the name of William Black, who was a barber, built the structure where Fenelon Mens’ Wear [Fenelon Marketplace] is now. He ran his barber shop in part of it. There was a dentist, Dr. F.M. Graham, upstairs. Around the same time there was a bakery where Peter’s Hairstyling Place [Salon 31] is situated. It operated 24 hours a day during the summer and employed three or four men on the night shift. There were a few bakeries and they supplied the town. There were no bread trucks coming from outside then.

In the 1950s, Fred Brandon became more and more involved with the town and from 1951 until 1961 he was on the Board of Water, Light and Power Commissioners. Then, from 1966 until 1972, he was on the village council. Mary and Fred Brandon have two daughters. Katherine lives in Fenelon Falls with her husband, Fred Elder and their children Jennifer and Scott. Their other daughter, Mary Anne, lives in Oakville with her husband, Jim Platten, and their three children, Katherine, Peter and Andrew.

Fred Brandon is still a very busy man. “I’m supposed to be retired, you know, not working. Recently I put in over 30 hours in three days at the store. But I enjoy it. I have my desk here at the house and I take care of some of the book work for the business. But I do enjoy gardening and being outdoors too. Mr. Brandon is very interested in nature and is a member of the Kawartha Field Naturalists. Speaking on retirement, Fred said, “I think it would be very nice for about six months or so. Well, I don’t know, maybe it wouldn’t last that long.” 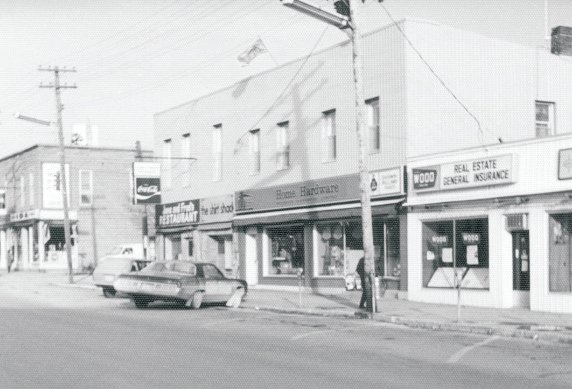 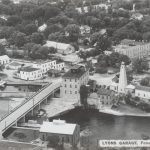 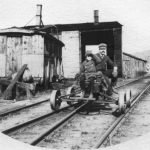 The Legends of Mary Ann and the IB&O