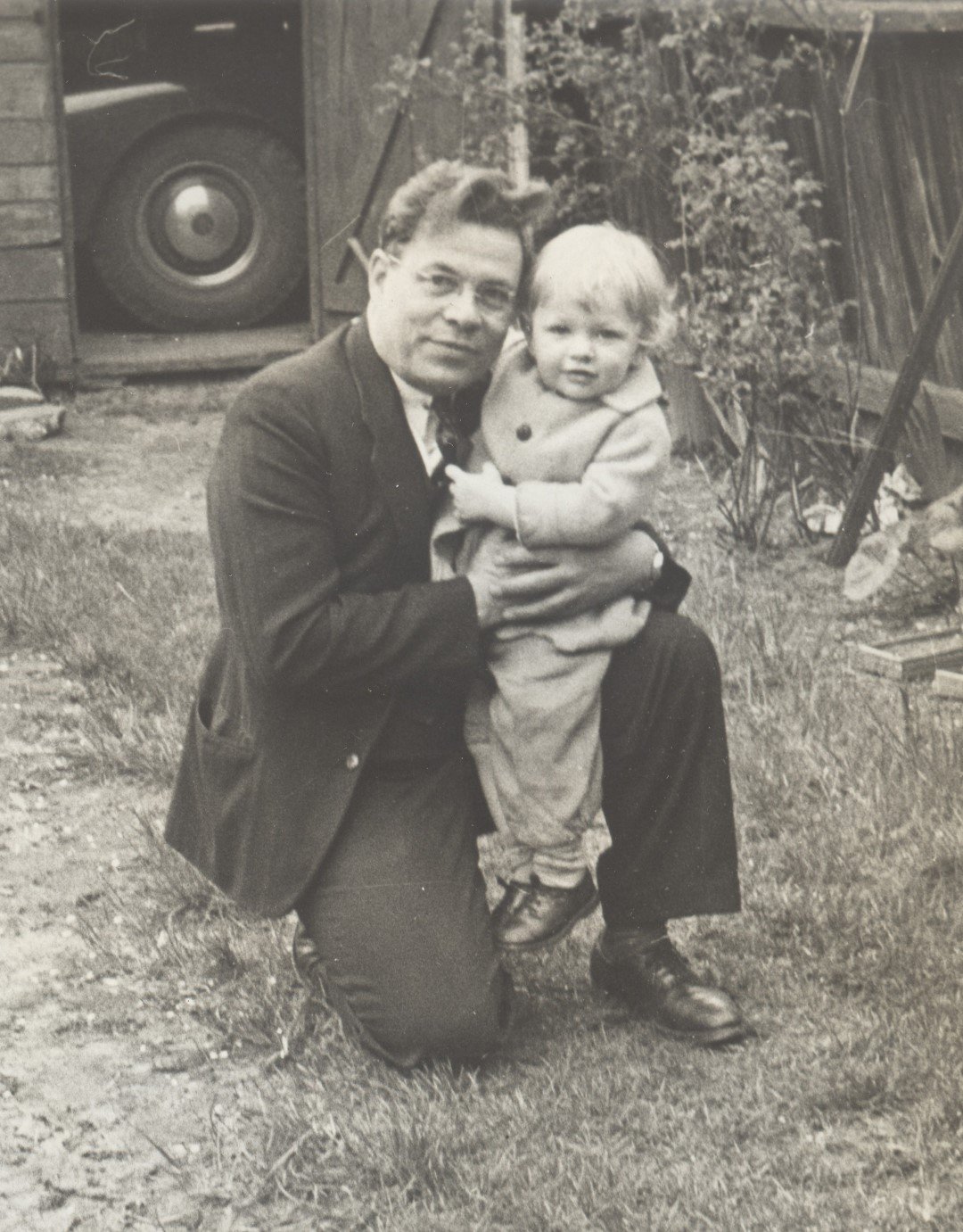 Claude Bellwood with his son Roger

“Claude was a quiet man, but he was very smart.” He was one of those people who had a lot of occupations over the course of his life and excelled at all of them.

Claude grew up in New Zealand and like many teenagers of his generation, he enlisted when the call came to serve his country during the First World War. In 1915 he joined the infantry and embarked as part of the ANZAC Corps. While in England he received the training to become a machine gunner in time to serve at the Battle of the Somme. Being deployed to the greatest mass slaughter in the history of the British Army, he did not last long at the front. While manning an advanced gun position, he took shrapnel in the foot, ending his active service, but he was one of the fortunate ones who survived. He was sent home to New Zealand in 1917.

Claude enrolled in the University of Canturbury in his home city of Christchurch, studying electrical science and earning a Bachelor’s Degree. When he graduated, he got a job working as a photographer for the Hydro-Electric Company of Christchurch. While on a six-month holiday in England in 1928, he heard about how you could make a million dollars overnight in the growing country of Canada, and decided to emigrate.

When he arrived in 1929, on the eve of the Great Depression, he took a job managing a photo-engraving plant in Toronto. The next year he went into business on his own as a commercial and industrial photographer. After the outbreak of the Second World War, he joined the federal government researching photography. C.D. Howe, Minister of Munitions and Supply, asked him to perform secret photographic work at Research Enterprises in Leaside.

After living in Brechin, he moved to Fenelon Falls in 1950, initially living in the apartment on the third floor above Canadian Tire (now Subway) in the old MacArthur House Hotel. Claude went into business selling paint and operating a photography business. Photographs were mostly black and white, but Claude could also show customers a sample of colour photography. After he moved to a house on Murray Street, he developed photographs in his kitchen sink. Claude also repaired TVs.

He had a deep interest in cars. Clade was a young adult in the generation when many families were purchasing their first automobile, but they were not the reliable machines we take for granted today. Any long journey typically involved stopping for repairs, and there were garages everywhere. Being a mechanic did not just entail replacing parts, it typically required the mechanic to figure out how to fix them. So Claude put his science background and intuition to good use, as he became a mechanic.

He encouraged his son, Roger (a type operator for the Fenelon Falls Gazette and Lindsay Daily Post) to become a mechanic, and mentored him as he got his licence. Around 1970, with the help of his brother Reg, who worked in the tool and die trade, Roger built Bellwood’s Garage on West Street in Fenelon Falls. His great-grandson Carson is learning to be mechanic, making it four generations of fixing cars in the community.

One day at Bellwood’s Garage the mechanics were sitting around talking about what the village should be doing differently. They of course did not completely agree, and the conversation ended with them saying to each other, that if you know so much, you should run. So both John Brumwell and Roger Bellwood did, and so began Roger’s political career. Initially a councillor, he served for 15 years and was the village’s reeve at the time of amalgamation.

Claude’s love of photography endured to the end of his life. He photographed everyday scenes in Fenelon Falls, but had the eye to transform ordinary life in his community into a beautiful image. From the 1950s the early 1970s, Claude shot many striking images of Fenelon Falls. This summer, Maryboro Lodge is featuring an exhibition of Claude Bellwood’s photography—with his great-grandson, Ryan Bellwood, working at the museum. We hope you will come out and enjoy a journey to Claude Bellwood’s Fenelon Falls. 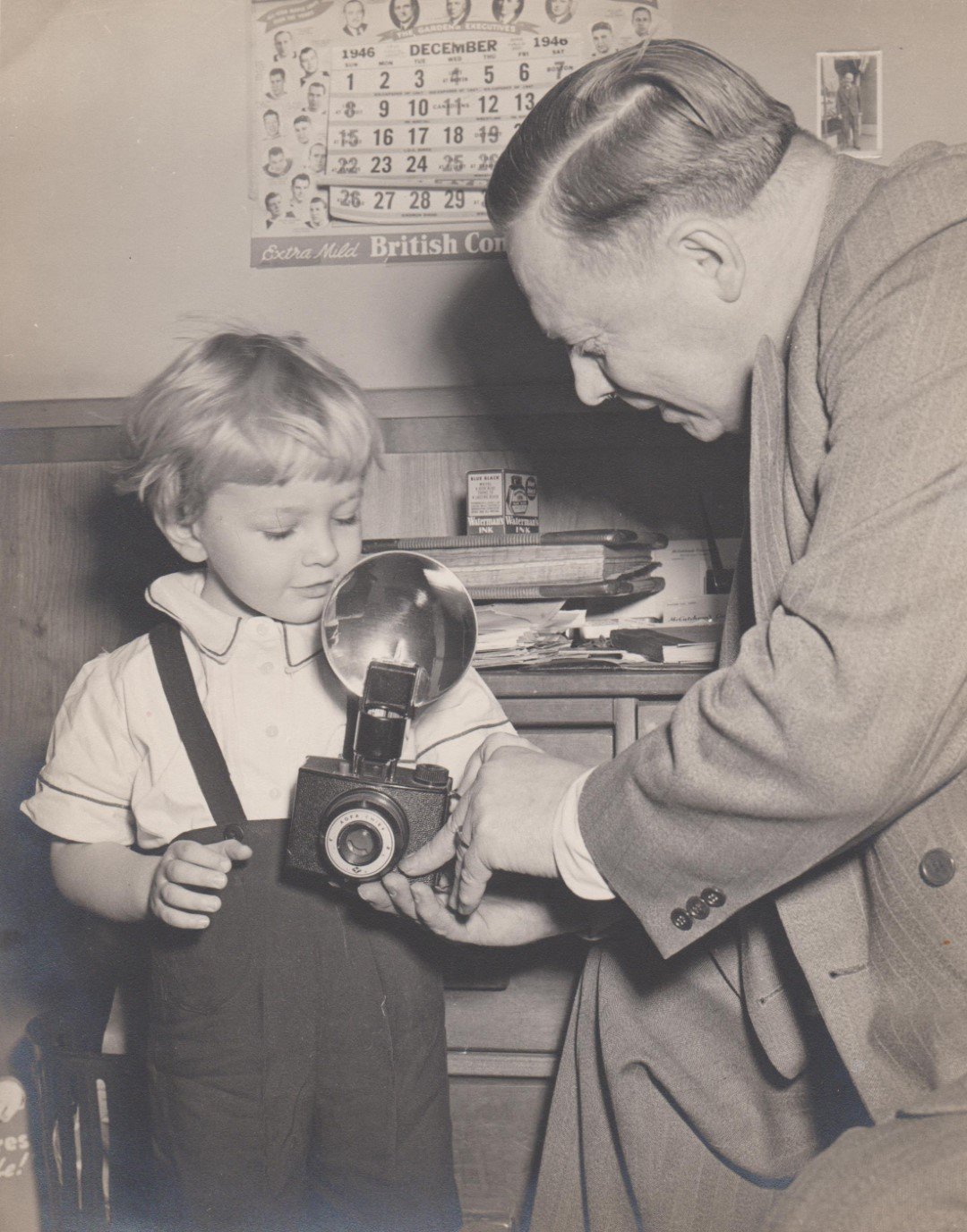 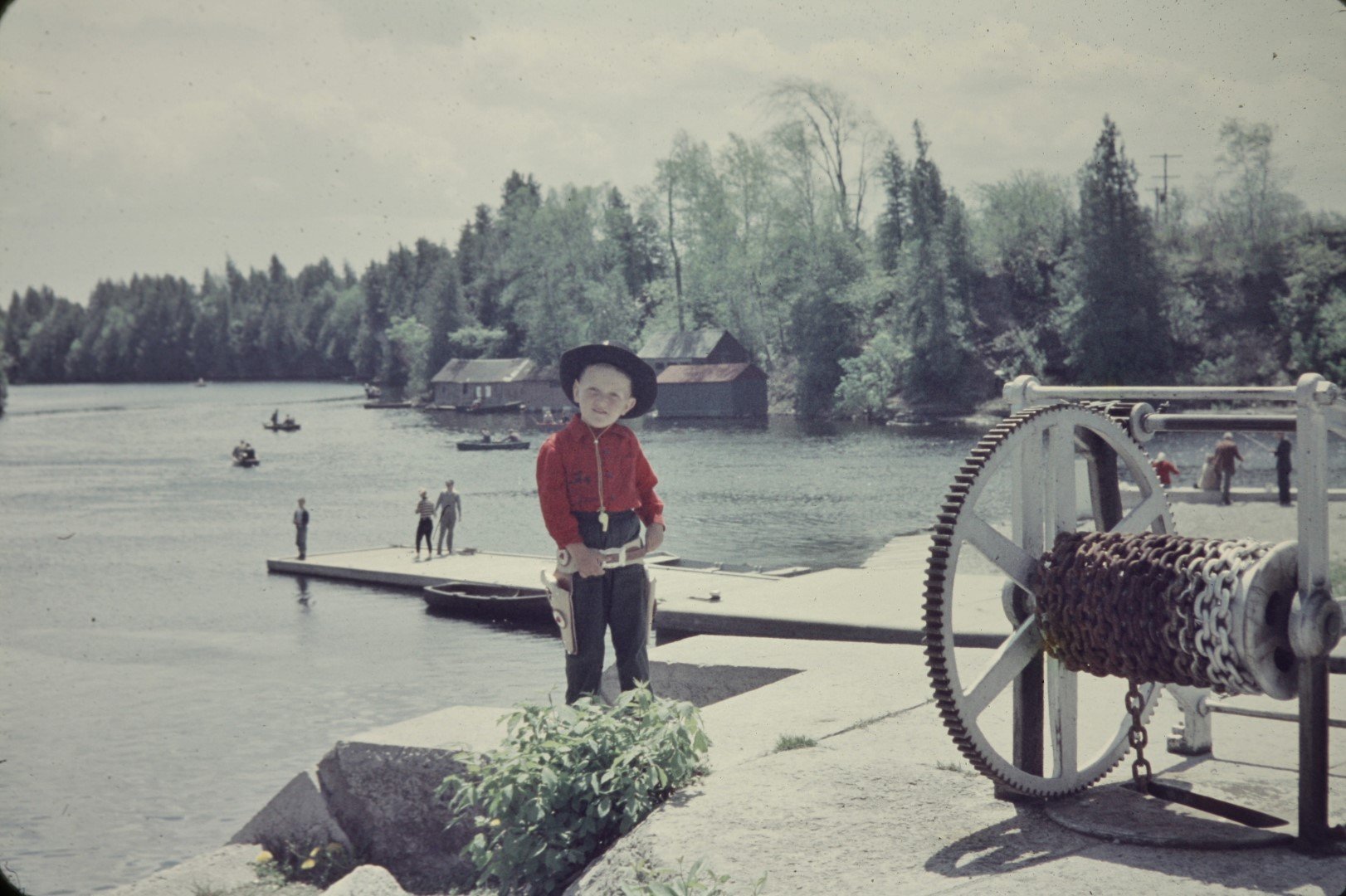 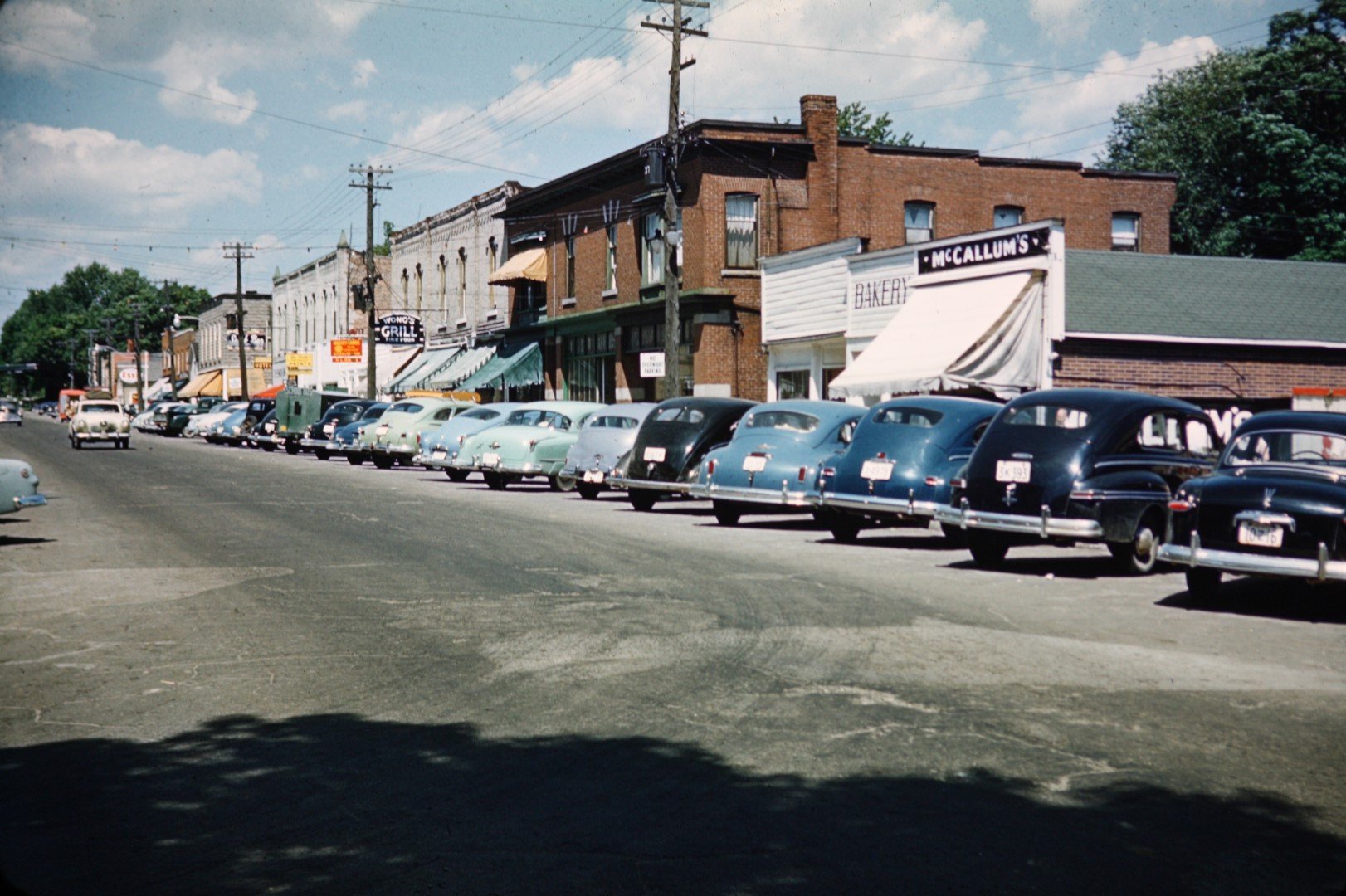 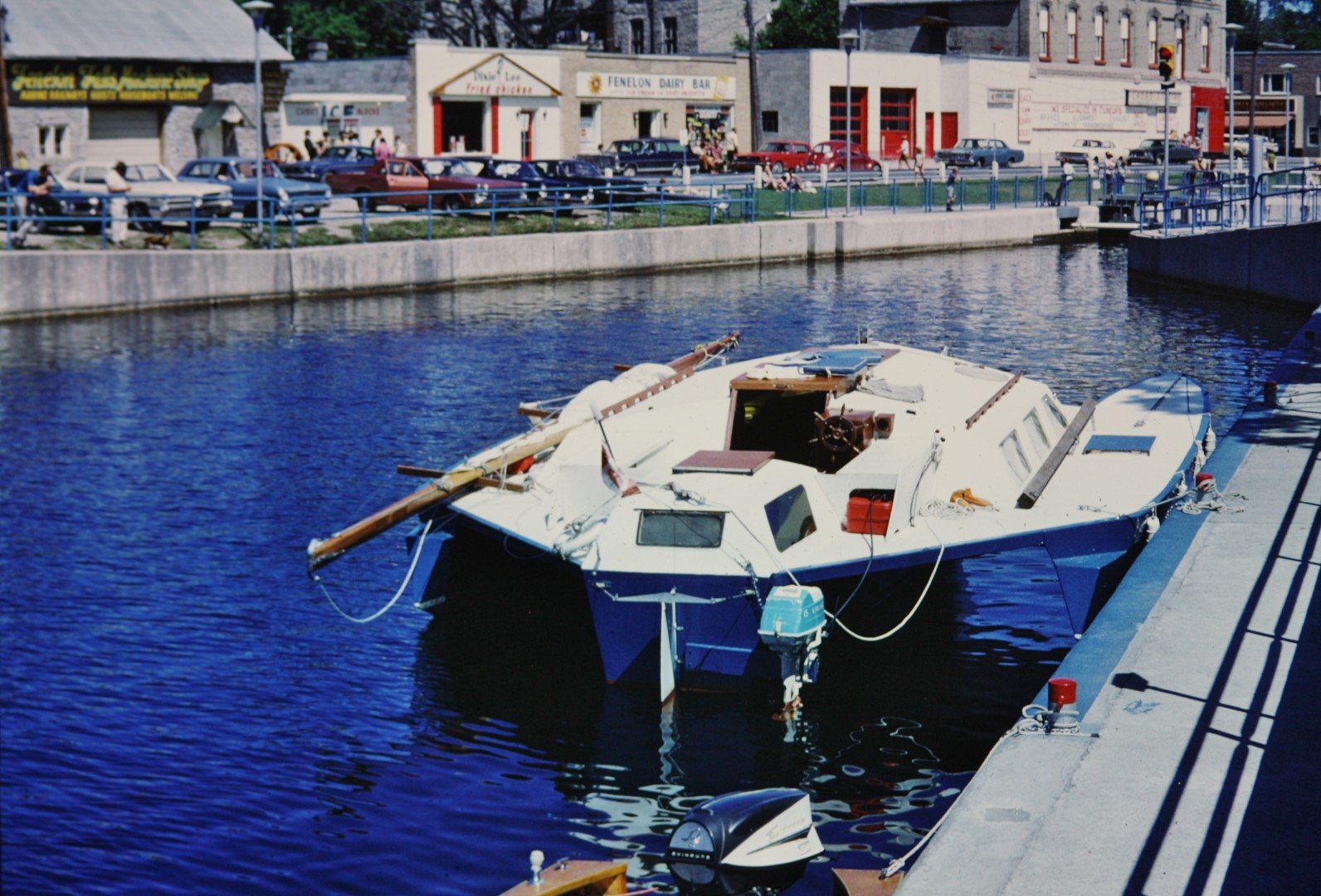 Claude's Son Reg At the Locks

Claude Bellwood with his son Roger 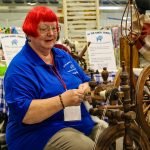 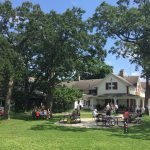 What did the Forests of the Kawarthas Look Like 250 Years Ago?