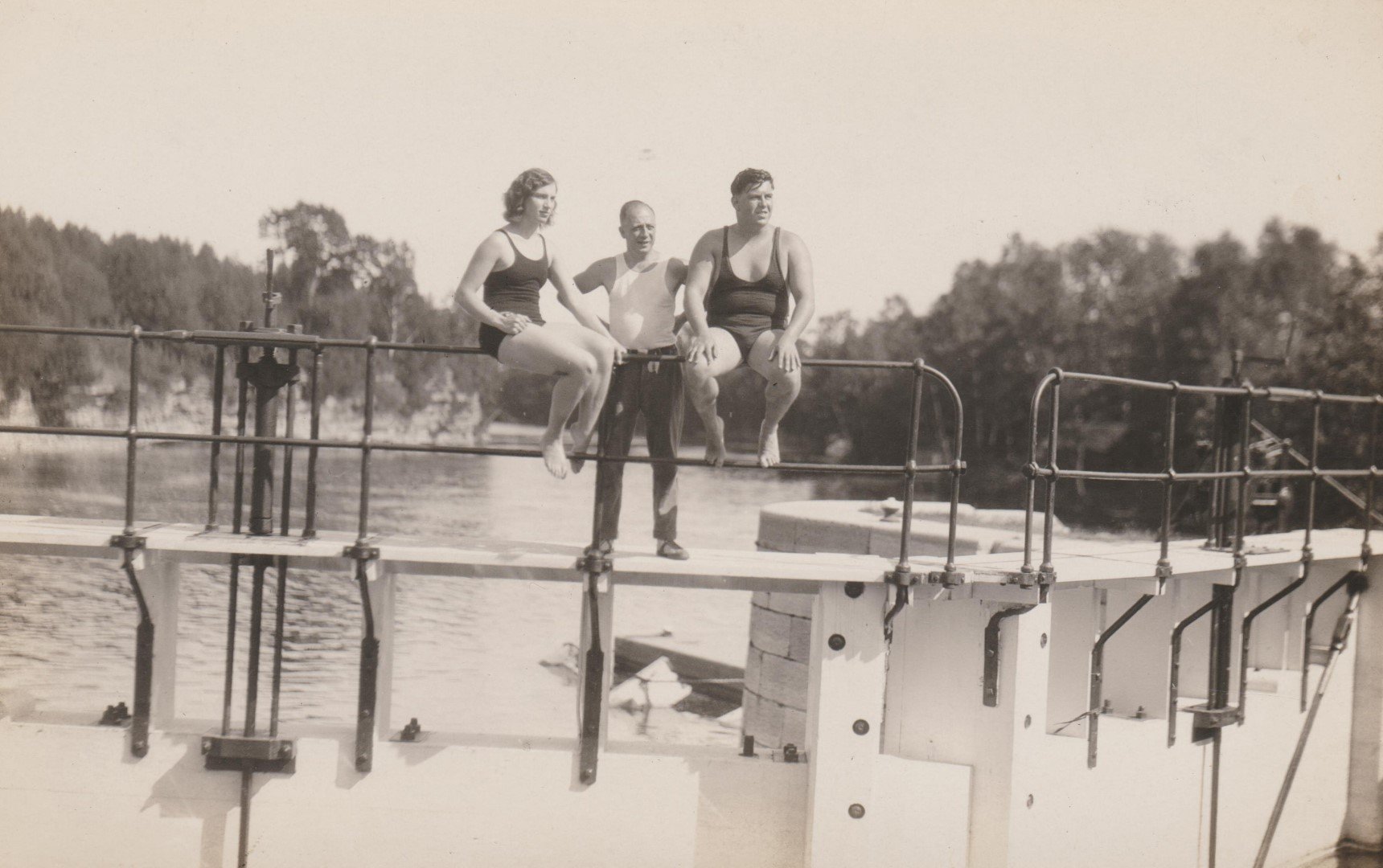 In 1929 the Fenelon Falls Board of Trade planned a spectacular public event that they hoped would help put their community on the map as a tourist destination. The three-day long Monster Carnival, July 10 to 12, featured swimming demonstrations by world champion George Young and Ruth Towers. George Young was an internationally known swimming celebrity, who as a 17-year-old became the first person to swim across the channel between Catalina Island and mainland California. It took him 15 hours and 44 minutes to swim 35 kilometres, which earned him $25,000 and the title, “The Catalina Kid.” He became the world champion marathon swimmer. In the early twentieth century, before there was television or radio, such superhuman feats attracted a lot of attention from print media. It would be like having Sidney Crosby lead a hockey camp in Fenelon Falls today. Ruth Towers was another well-known marathon swimmer. The last day of the carnival featured another marvel—the world’s largest ox—who could carry eight adults at a time on his back, coinciding with the annual Orange Day Parade.

The carnival also included the Grand Opening of Byrnell Golf Course. It was named for the family who had owned the property for two generations. Richard Byrnell Sr. had farmed with his wife Sarah, while son Richard Jr. developed the property, building many of the cottages that became the Grove (i.e. on Grove Road). The property passed in 1923 to Wilfred and Ella Havery (Ella was a Byrnell). While Byrnell Jr. had made his living by developing private cottages, the Haverys recognized that there was also strong demand for short-term vacation rentals as the Kawarthas had become a tourist destination. In those days, many families came to stay at a lodge, renting a room or cabin for a week or two. They built a main lodge adjacent to the farm house, then added the golf course to open coincident with the Monster Carnival.

While the event was headlined by world famous swimmers, there were many activities for visitors to enjoy. It included swimming, canoeing and diving competitions, running races, and of course tilting. In this exciting sport, participants stood up in the canoe (sometimes even on the gunwhales), holding a padded wooden spear, each with someone steering their canoe from the stern. It was like jousting, with points awarded:

Forcing opponent to one knee: 5 points

Forcing opponent to both knees: 10 points

And if being played with participants standing on the gunwhales:

Forcing opponent to step one foot down: 5 points

Canoe tilting was always an exciting public spectacle. For those feeling a little less adventurous, there were pillow fights, games of horsehoes and baseball.

The program is available online: 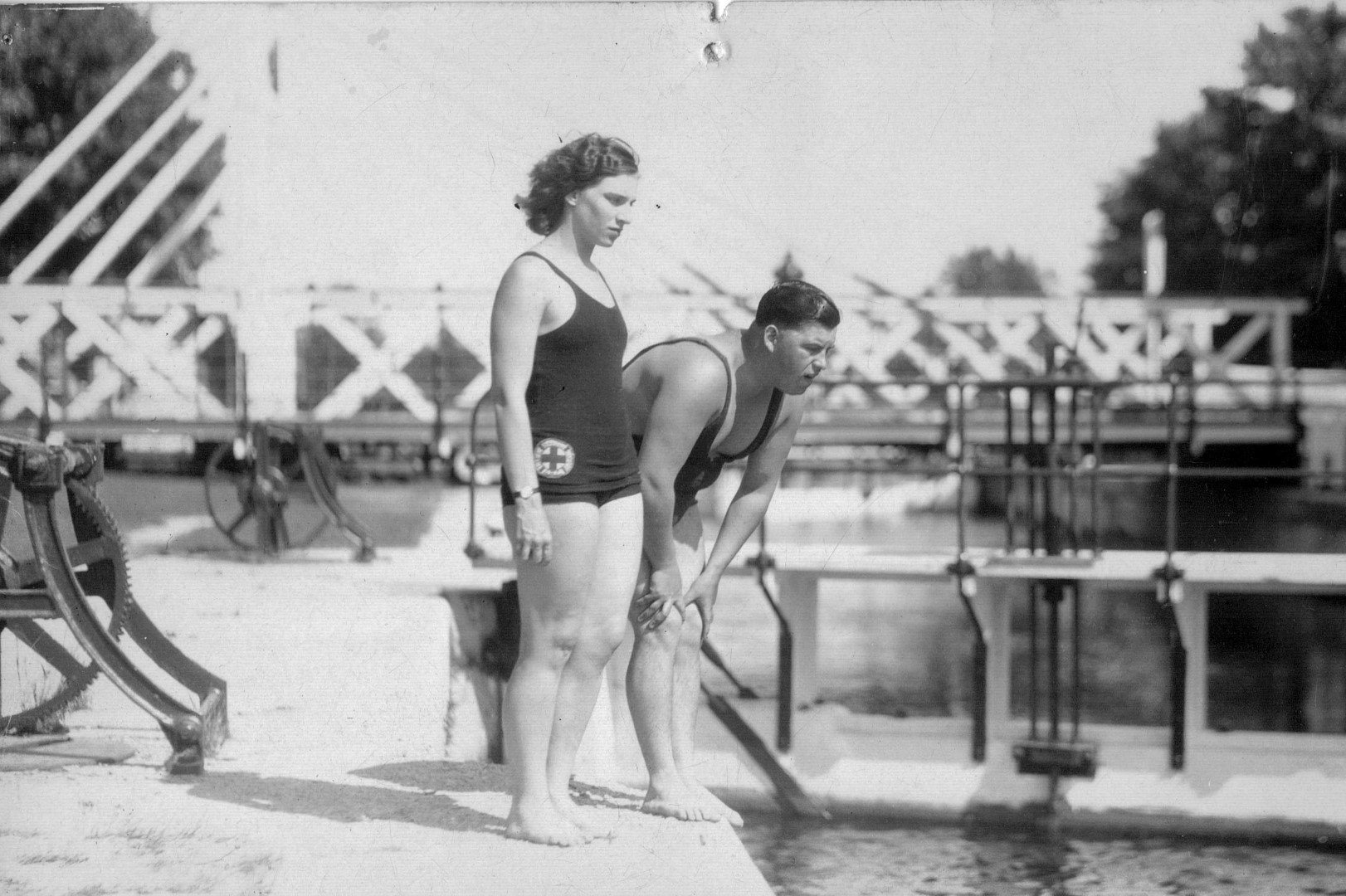 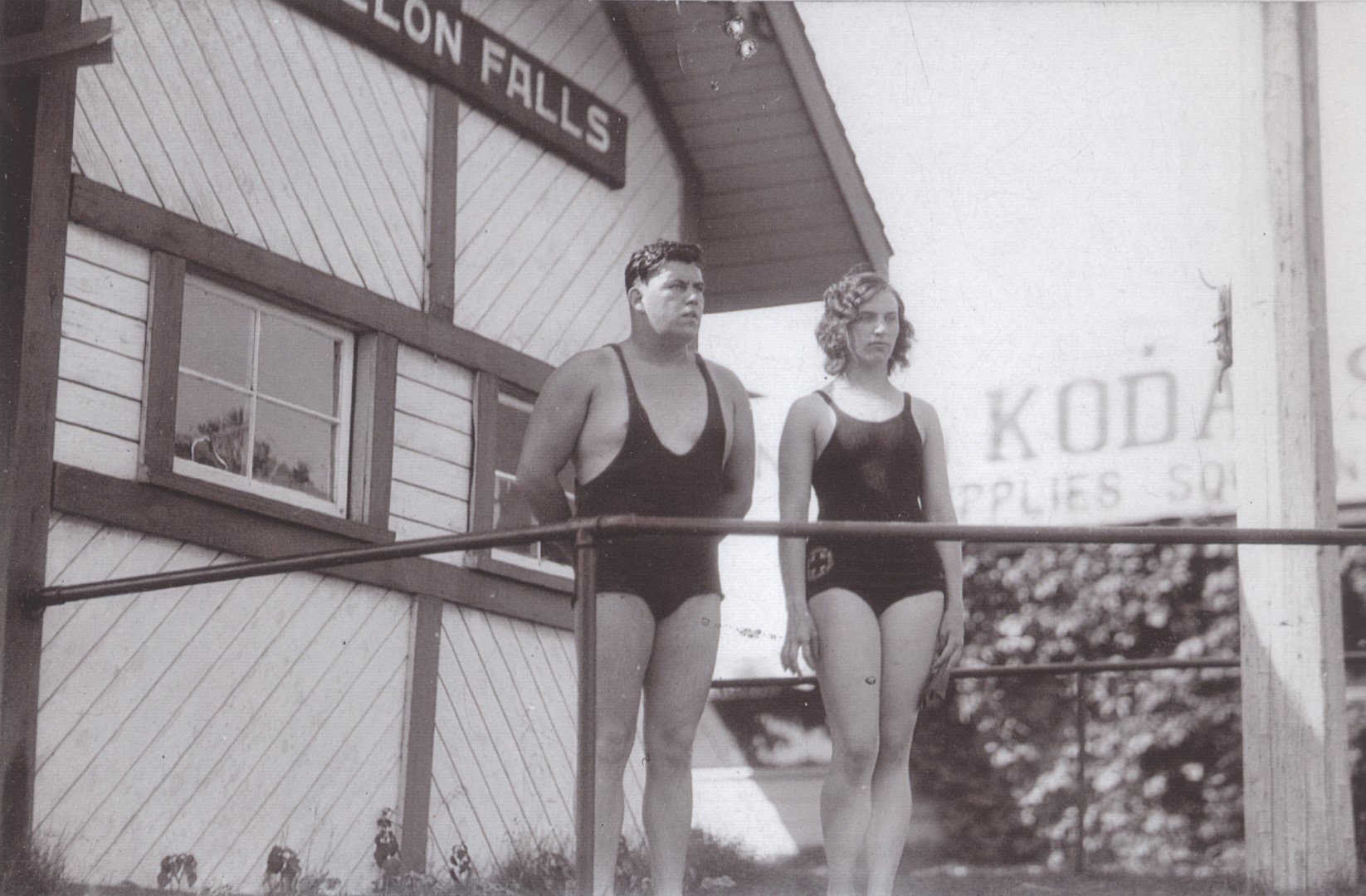 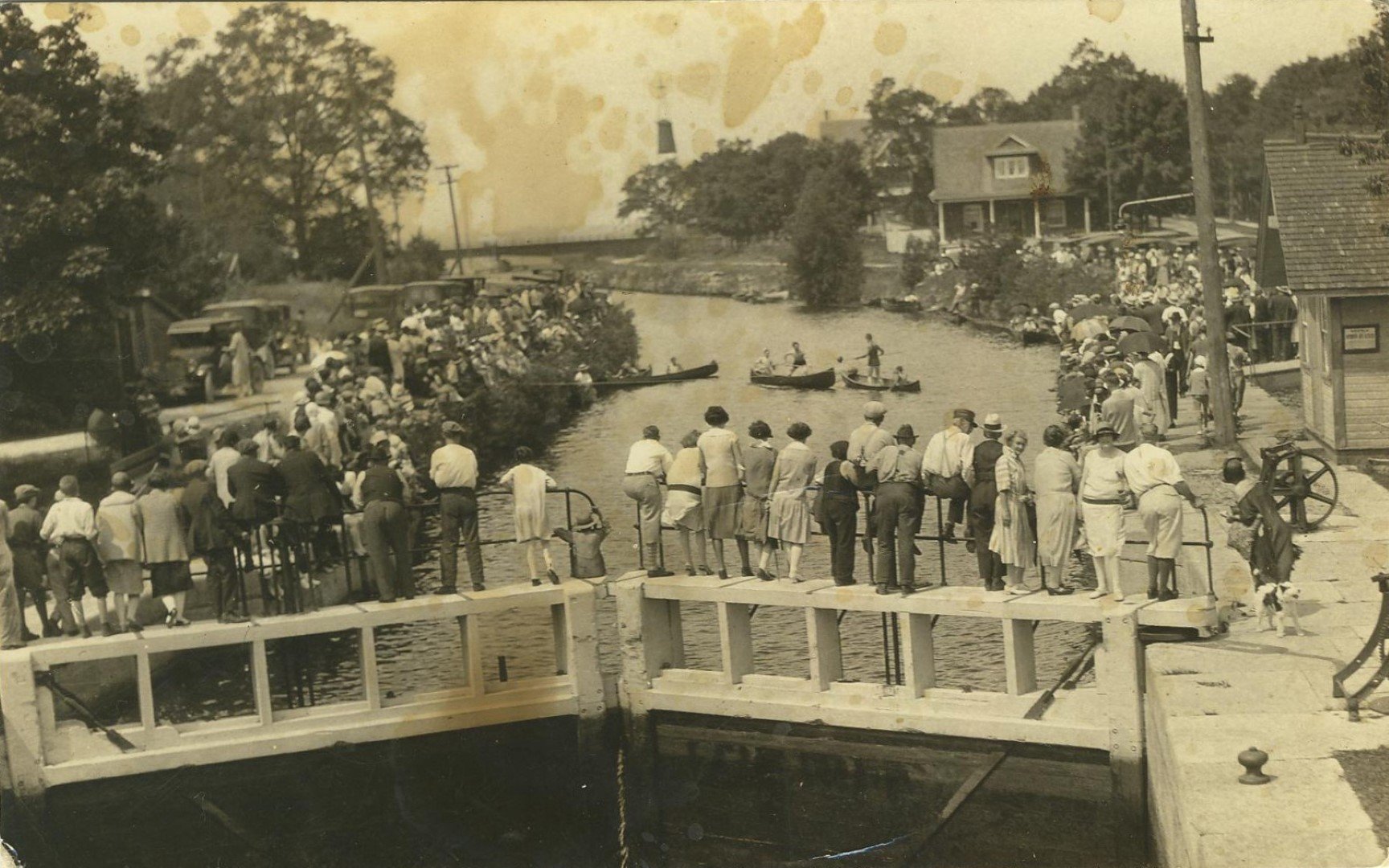 Canoe Tilting or Jousting at a Fenelon Falls Regatta 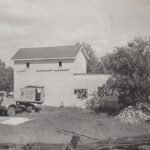 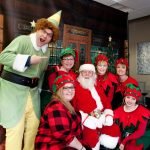