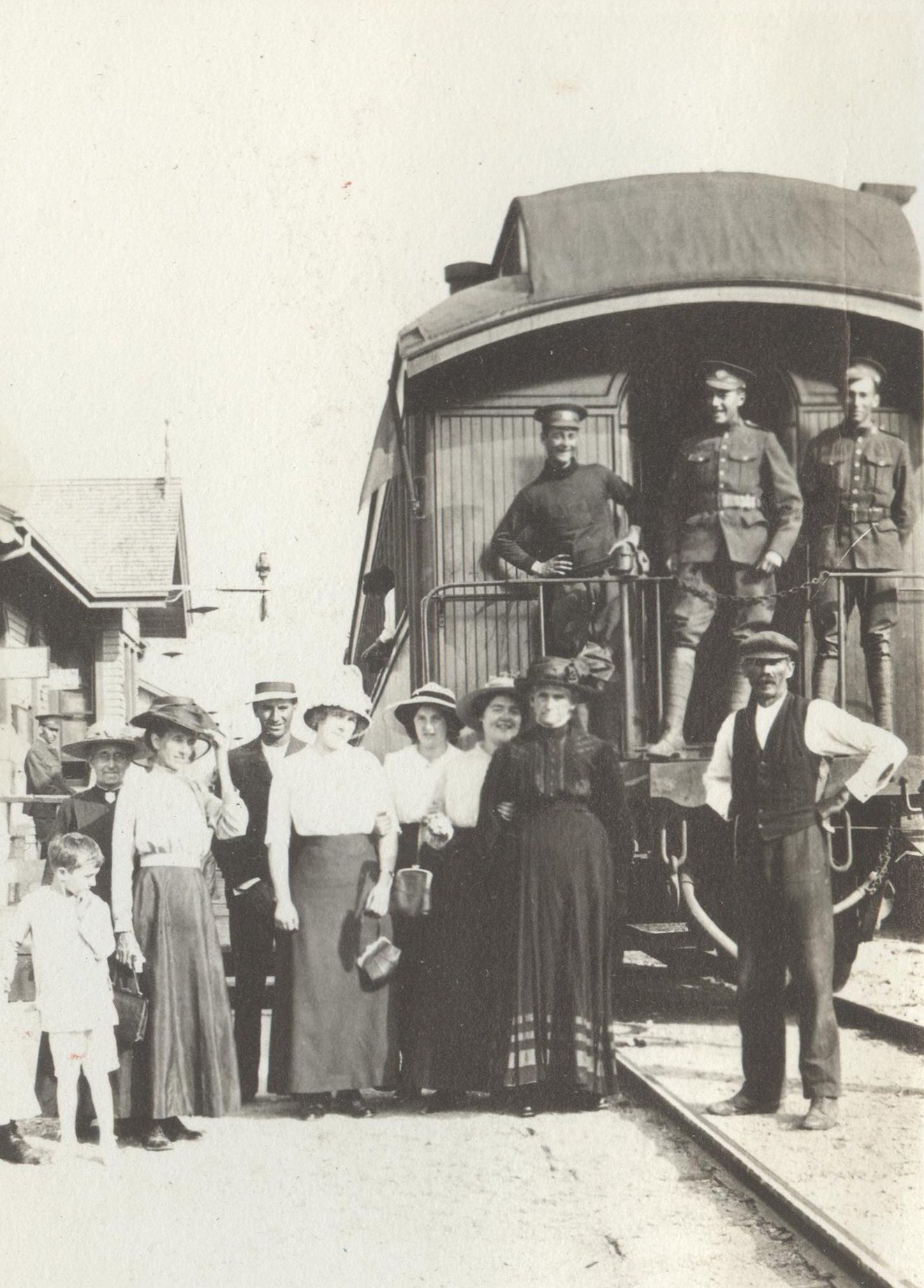 Like all communities across Canada, Fenelon Falls and district answered the call to arms to join the British Army in its efforts to stem the hordes of well-trained Germans marching across Europe much too quickly. We were honored by having the Minister of Militia, Colonel Sam Hughes (later Major General and ‘Sir Sam’) as our Federal representative for Victoria-Haliburton riding, and historians credit him with accomplishing the seemingly impossible in record time. In 1915, the 109th Battalion was formed and ‘C’ Company, largely recruited from the immediate area, had headquarters in Fenelon Falls. Two platoons were trained here (‘A’ and ‘B’ companies trained in Lindsay and ‘D’ company in Haliburton). Some of the men were in Victoria Road and Woodville. Rooms in Twomey’s Hotel (SE corner of Colborne and Francis Streets, now the Cow & Sow) were occupied. During the winter, a class was conducted in Twomey’s Hall and drilling was done in the old Curling Rink (later destroyed by fire). Twomey’s Hall was located on Francis Street East on property now owned by Murray Webster, behind J. Coburn’s drugstore, but in 1915 [it was] the McFarland General Store (NE Corner of Francis and Colborne). The Orderly room was on Colborne Street behind the drugstore operated by Dr. D. Gould (Ken MacArthur’s, now McArthur’s IDA). The Canteen was in a little one-storey, frame building on Francis Street West, behind the Bank of Montreal (then the Bank of British North America). About 55-60 men and officers drilled here, a few were in Lindsay for a time. That winter there was a fire on the east side of Colborne Street in what was known as the Cunningham Block, presently occupied by the Library and Murchison, Sangster & Folkes Insurance and Real Estate (demolished to expand the IGA, now Red Apple). This wiped out the Post Office, a harness shop and jewellery store. Of course, the hotel on the opposite side of the street was a meeting place for the troops, and the bar of the Aldous Hotel (Subway & King’s Ink) was where the Bigley Gift Shop (Sketch Box) is now situated. It was against regulations for the troops to be served in the bar, but this historian recalls that lots of farmers’ fur coats and caps were seen hanging in the hall each evening. Good camouflage??

Another well patronized place of sociability was the poolroom (run by Bob Menzies). It was behind Heard’s Hardware (now Crest). This building was partly destroyed by fire and later rebuilt. ‘C’ Company drilled here until March and this writer can recall dinner being served on March 6, 1916 in St. Andrew’s Church basement by the Women’s Patriotic Society to a large number of the uniformed men and officers, who later set out in a real blizzard to march to Lindsay—in a way perhaps prophetic of what lay ahead. In Lindsay, they joined the rest of the battalion, from whence they went to Barriefield Camp, Kingston. They left there in July for England via Halifax (1,050 in the ranks) and arrived in Liverpool on July 31st, 1916.

Names of officers and men who drilled here in the winter of 1915-16 (2 Platoons, ‘C’ Company, 109th Battalion): (Errors and Omissions Excepted)

Based on information from Cecil Ellery and C.R. McInnes 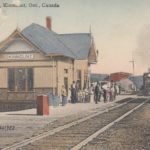 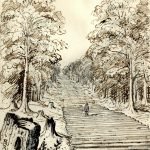