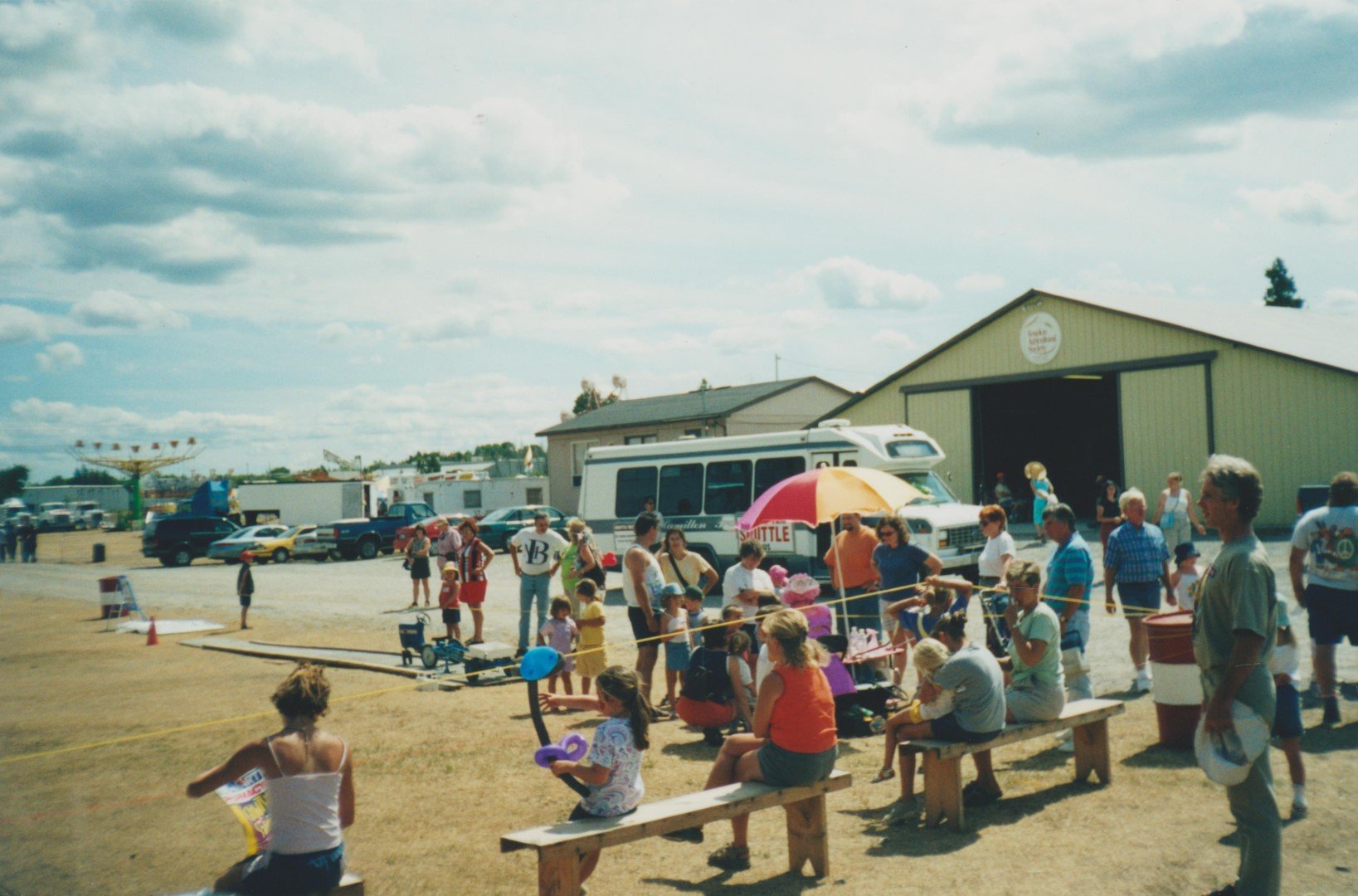 Shuttle and Kids Activities at Fenelon Fair, 2001... They are ready for the kids' tractor pull

The Fenelon Fair is one of the community’s events that has served as a wonderful occasion for people to come together. Agricultural fairs started out as an occasion for farm families to learn the skills from each other that they needed to thrive. The North Victoria Agricultural Society organized the first Fenelon Fair in 1867 at Glenarm.

As nineteenth century families exhibited quilts, poultry, fancy work and livestock, they were creating opportunities for their neighbours learn and imitate their best practices. In 1888, there was even a special prize of a fine loaf of baker’s bread to the parents who brought the fattest baby to the grounds—back then under-eating was much more of an issue than overeating. The main attraction was a trotting race between the Austin Brothers’ White Stockings and Joseph McArthur’s Billy Mac. But all distractions aside, for people that lived off the fruits of their own labour, the fair’s serious purpose of seeing a better way of doing things might make a tangible difference in visitors’ lives.

Fairs have always combined a degree of crowd-pleasing entertainment with the serious purpose of improving agricultural practice. But over the years the exhibits of farm produce have endured, “the spirit of competition to see if you can out do your neighbour,” as Muriel Burnett would put it.

The Fenelon Fair was founded in an era when it seemed like practically everyone in the community was working with their hands to provide for themselves, marketing produce or improving society through education and religion. As the years have passed, times have changed so that many visitors today look at the exhibits as pleasant activities they would do in their spare time, rather than the practical necessities that put food on the table and clothes on their backs.

In the interwar years, Fenelon Falls held a spring fair, in 1929 it took place at W.T. Robson’s farm equipment shop on Colborne Street. The drive sheds at the churches housed the livestock, which were brought down to the main street for judging. Wood chopping and horse drawing competitions entertained spectators, all accompanied by a band. Special competitions included ‘The Fellow with the largest family,’ a “slow race’ and a ‘tug-of-war between Fenelon and Verulam Townships,’ followed (of course) by a hockey game at the arena. Imagine the commotion it would cause to hold an agricultural fair on the main street today!

It proved difficult to maintain the fair through the strains of the Second World War, and from 1942 to 1954 the fair maintained its charter by holding field crop competitions which were judged standing in the field. In hindsight, the fair’s organizers would say that the institution was in a lull. There were not many exhibitions, but the fair was a community institution that had deep significance its volunteers, and a group emerged who were interested in travelling to other fairs and using their imaginations to create an event that fit with their changing world.

Mac Murchison revived the fair, by holding a calf club competition at the Rotary Park (now the Ball Diamond). Junior Farmers took an interest and the rural schools marched from the arena to the park, each carrying a neatly stitched banner. These parades soon became an annual tradition, one of the students carrying a banner for the Red Rock School, Muriel Burnett, would go on to be a lifelong contributor to the fair.

Initially there was not much to the Fenelon Fair beyond the exhibitions, and there were not nearly so many classes as today. Founded in an era when families seldom travelled more than a few miles from home, and consumed little media other than the local paper, by the 1960s and 1970s, practically every family had television, radio, magazines and could drive their car to explore the wider world. The fair no longer served such an important function in broadening their horizons. And it continued to make do with makeshift locations, including the Market Square (now the post office).

The midway was introduced in 1960, and three years later, the Agricultural Society arranged with volunteer Graham Everett to use what was the original location for a few days in late August—20 acres subsequently deeded to the Township of Fenelon in 1980. Then the fair board was given the perpetual right to use the property to hold the annual fair. In the 1960s and 1970s, the fair used tents to cover its exhibitions—quite the ordeal given that it seemed like there was all of six inches of topsoil on the site. But once it gained a permanent home, the fair began to expand rapidly. Within a year it had a permanent display building, then gates sponsored by the Lions Club, while the Rotarians contributed the wiring for the exhibit hall. In the hands of a dedicated group of volunteers, the fair blossomed into a popular community event. In 1986 paid attendance reached 4500 people and four years later the organizers were honoured with a visit from Lieutenant Governor Lincoln Alexander. The fair continued to add buildings, including the pole barn in 1993.

The volunteers who organized the fair were a close-knit group of friends (and often relatives). It often seemed like Olive (Ollie) Moore was at the centre of everything that was going on. She took over as secretary-treasurer from Art Smitheram in 1979, and served for two decades, often enlisting her family to help. Long-time volunteers included Dave and Karen Simser, Murray and Muriel Burnett, Oscar Brokenshire, Oscar Carew, Graham Everett, Faye McGee, John Lester, Eli Jones, Don and Grace Barker, Orville Beggs and Dave Fell. In the week leading up, Merv Moore and Ken Ferguson would be busy cutting grass, as others worked together to wash floors, paint the bleachers and washrooms, and clean up the grounds after all of the excitement of Ride for Sight the weekend prior.

The fair’s expansion was driven in large part by the creativity of its volunteers. The Farmer’s Olympics became a popular annual event (and a great workout!) with exciting competitions like a wheel barrow race, carrying water from one location to another, and moving square bales. When Monty Robson called out “It looks like rain!” it was time to scramble the hay to its new location, reflecting the real-life struggles many of its participants knew all to well. Monty emceed a great many fair activities. Having the gift of the gab, it often seemed that he was the voice of the community. He attended with his cream-coloured camper complete and loud-speakers.

For several years the fair featured a steam power demonstration from the East Simcoe Steam Society—a reflection of late nineteenth century agricultural progress loudly ringing through the fair grounds. This attraction ended because it was just too loud for many visitors and as it became harder and harder to keep the old machines safely in service.

Gary Quibell arranged the annual Mud Bog event. He dug trenches and filled them full of water to make a race course for ATVs. It was exhilarating for participants and visitors alike as the mud just went flying as the drivers sloshed through the track.

Audrey Quibell arranged for Beef on a Bun, the distinctive fare of the fair. Lacking barbeque facilities, but having a lot of fresh farm beef, the volunteers did what they could cooking the roasts and having them all sliced in time for the fair. Beef on a Bun became an annual tradition for countless fair visitors.

Over the years the fair has hosted many kids events like the three legged race, shoe toss, water balloon throw, pedal tractor pull, teddy bear competition and bubble gum blowing contest. For one event, the organizers filled a wheel barrow with sand and buried $90 in coins, allowing kids to take a scoop and keep whatever they found in it (it was a lot of money back then!). For many years Puffy the Clown would walk around the grounds with his imaginary dog and a seemingly magical ability to bring children to activities. Many of his friends treasured the balloon animals that Puffy made.

If there was a contentious issue in the 1980s, it was whether or not the fair needed a demolition derby. Many of the volunteers who had done so much to grow the event wanted to focus on activities that had some relationship to agriculture, and struggled to get past the sheer destructiveness of the derby. Its opponents might say, “if you want to see a demolition derby, go drive on the 401.” Dave Simser recalled, “It took a lot of arm twisting by somebody younger than me.” But once there was a derby there was no turning back, as crowds flocked to take in the carnage, and the ticket revenues came to play an indispensable role in funding other activities.

As new events were added, the fair parade fell by the wayside. It used to start at the ball park (a former home of the fair) and led to the fair grounds, but as Fenelon became ever busier in the summer, it became harder and harder to justify tying up the main street during the busiest time of the year. So Orono’s Mr. Andrews would no longer have the opportunity to drive his memorable ox-cart up the main street of town.

Over the years, the fair like the society it serves has evolved. Gone are the days when the concession roads are lined with a farm family on practically every lot. As farmers now work many lots to get by, and many farms have become summer places for people who grew up in the city, there are simply not enough farmers to keep everything at the fair going. As more and more visitors come from urban areas, entertainment like the demolition derby has become integral to the show. But its organizers hope that guests “will still learn a little something by going through the livestock and homecraft displays.” Even as the community’s expectations have changed over the years, there is still a place for the township’s annual agricultural exhibition. 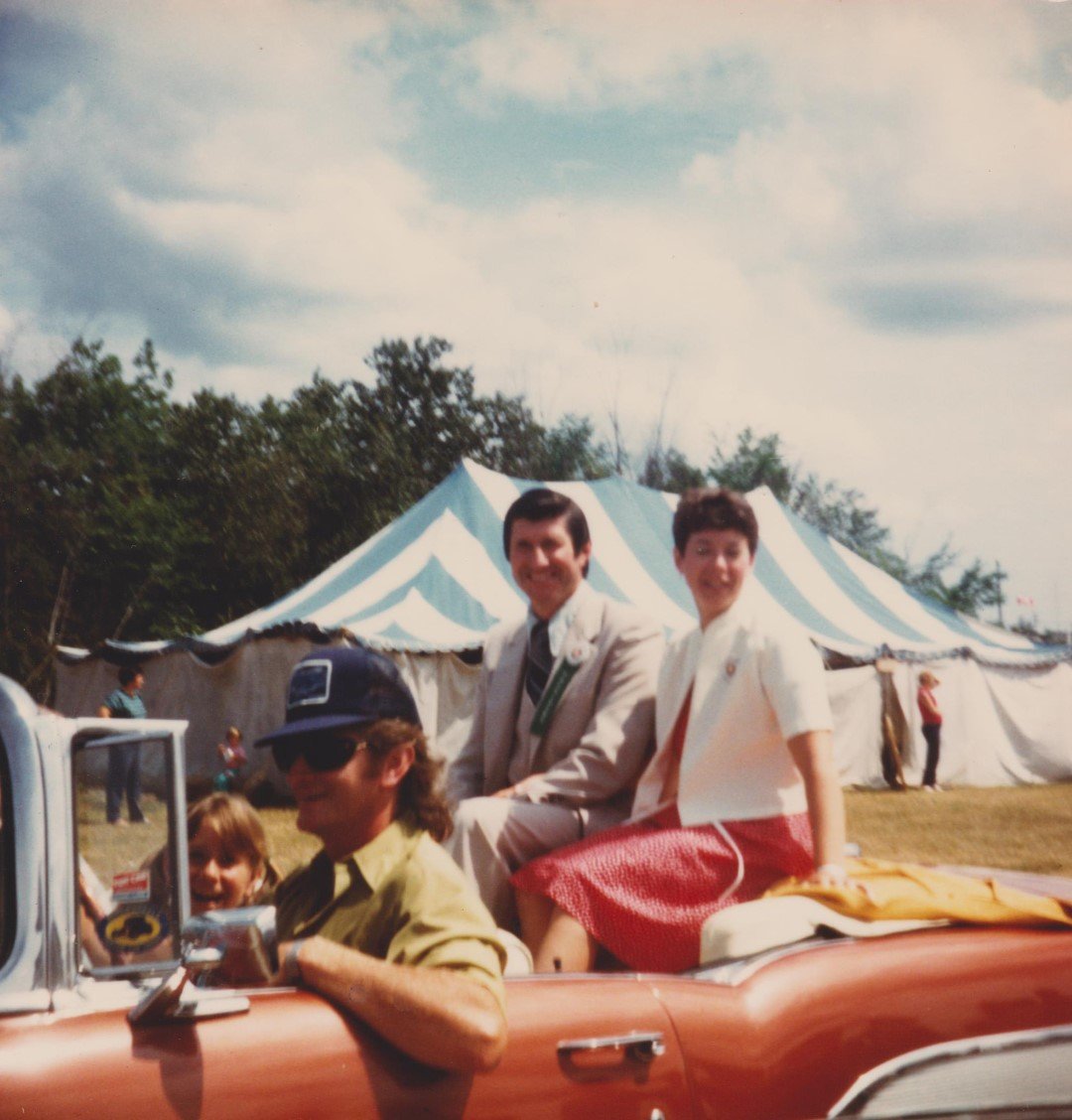 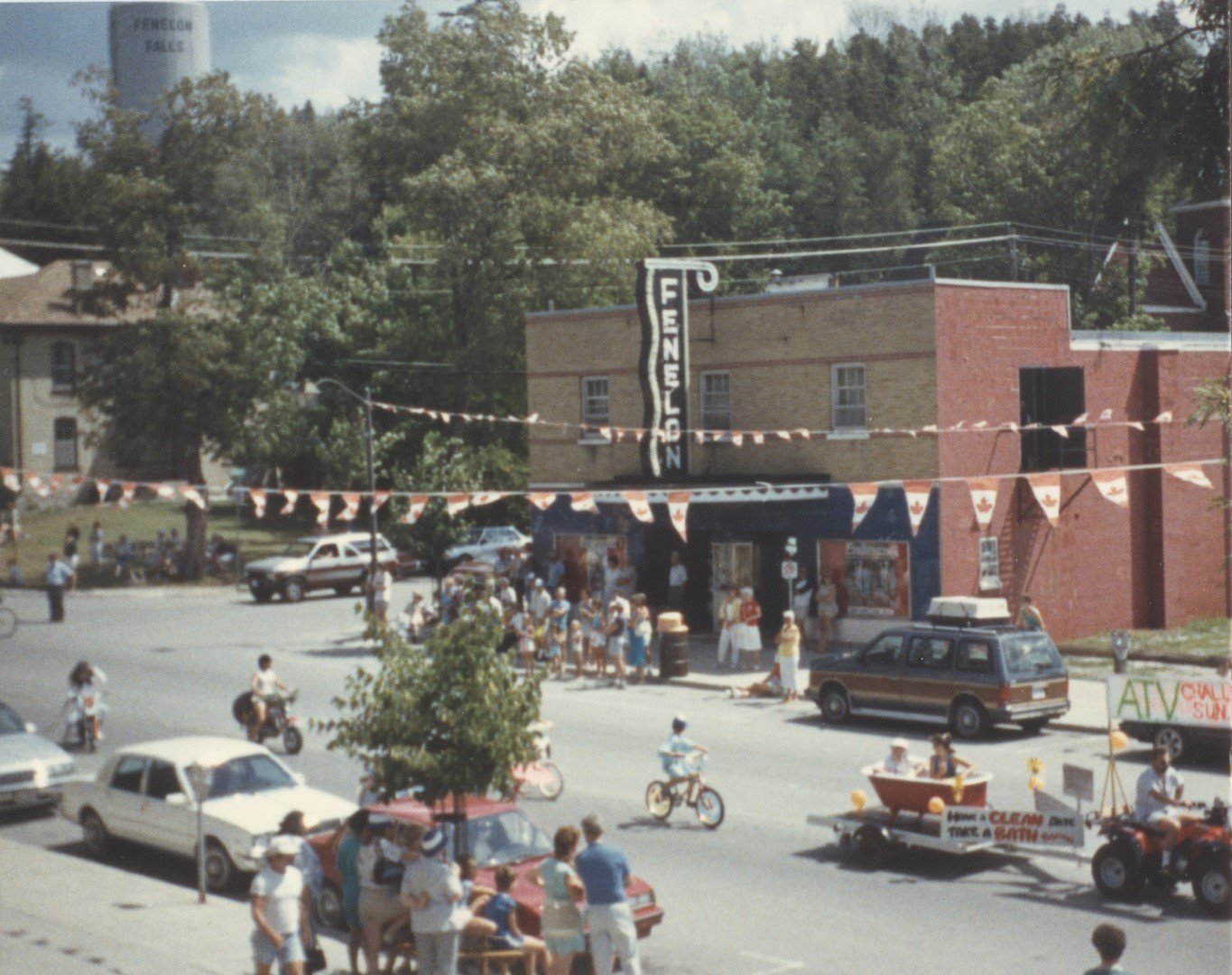 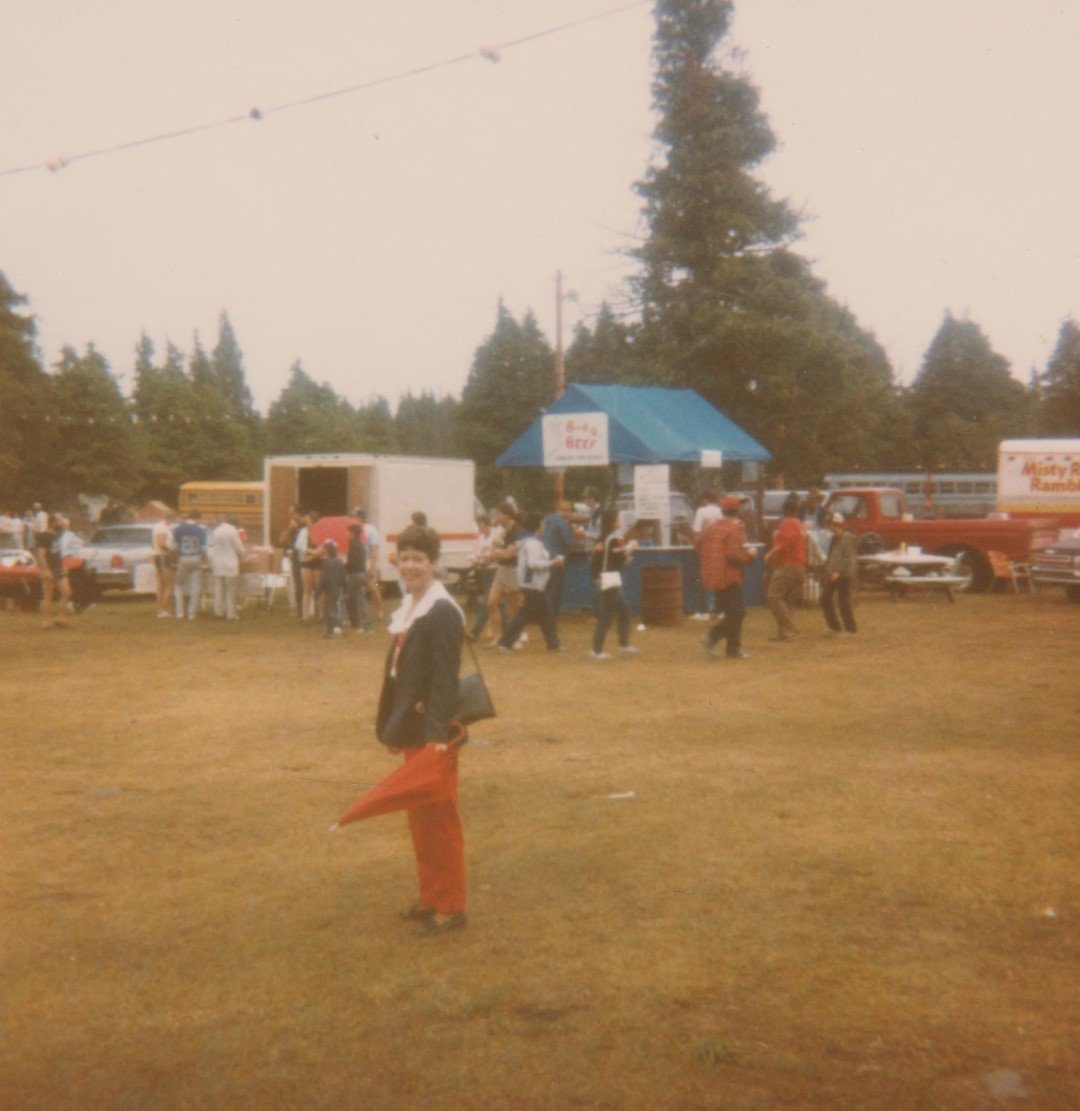 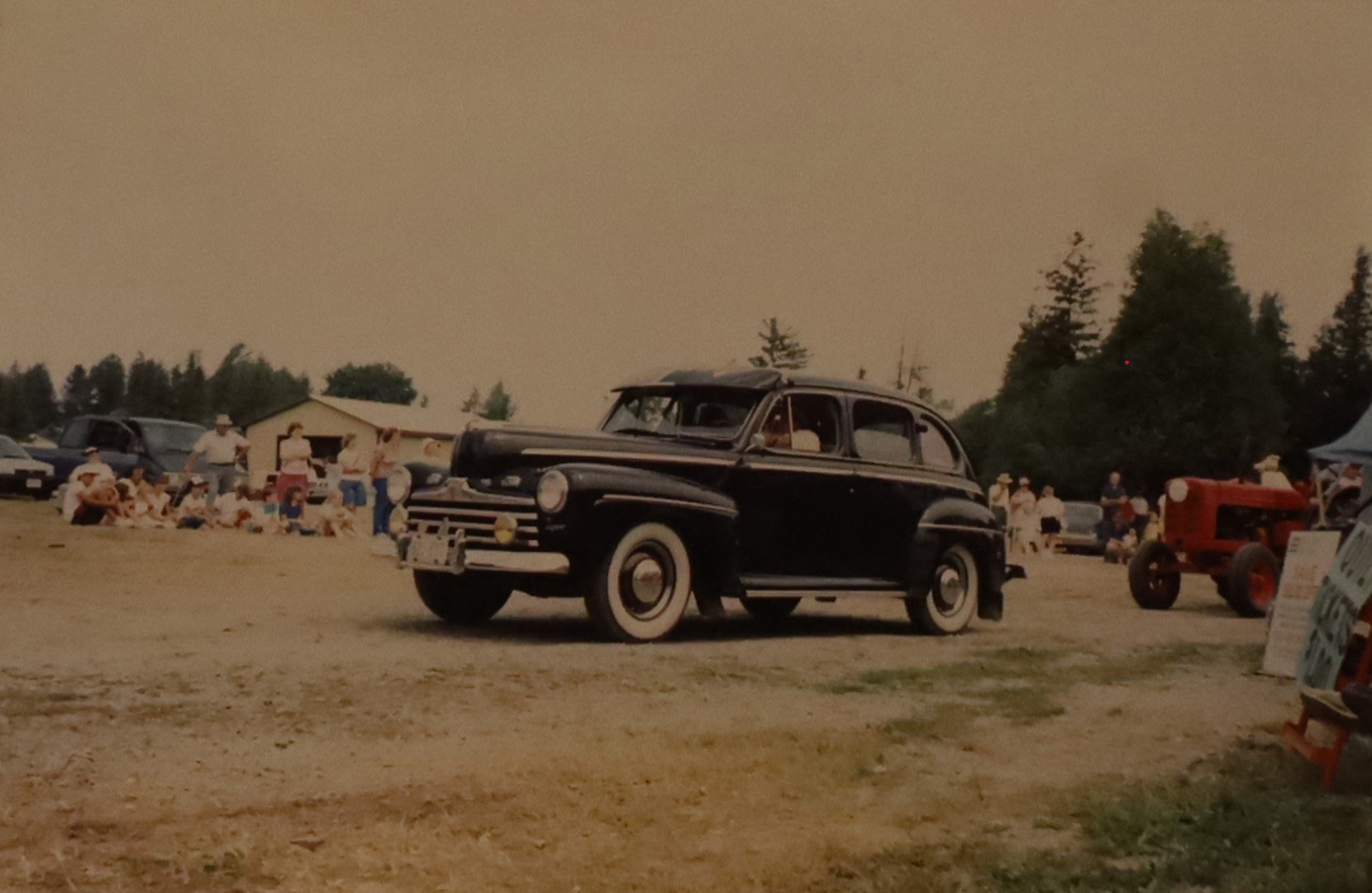 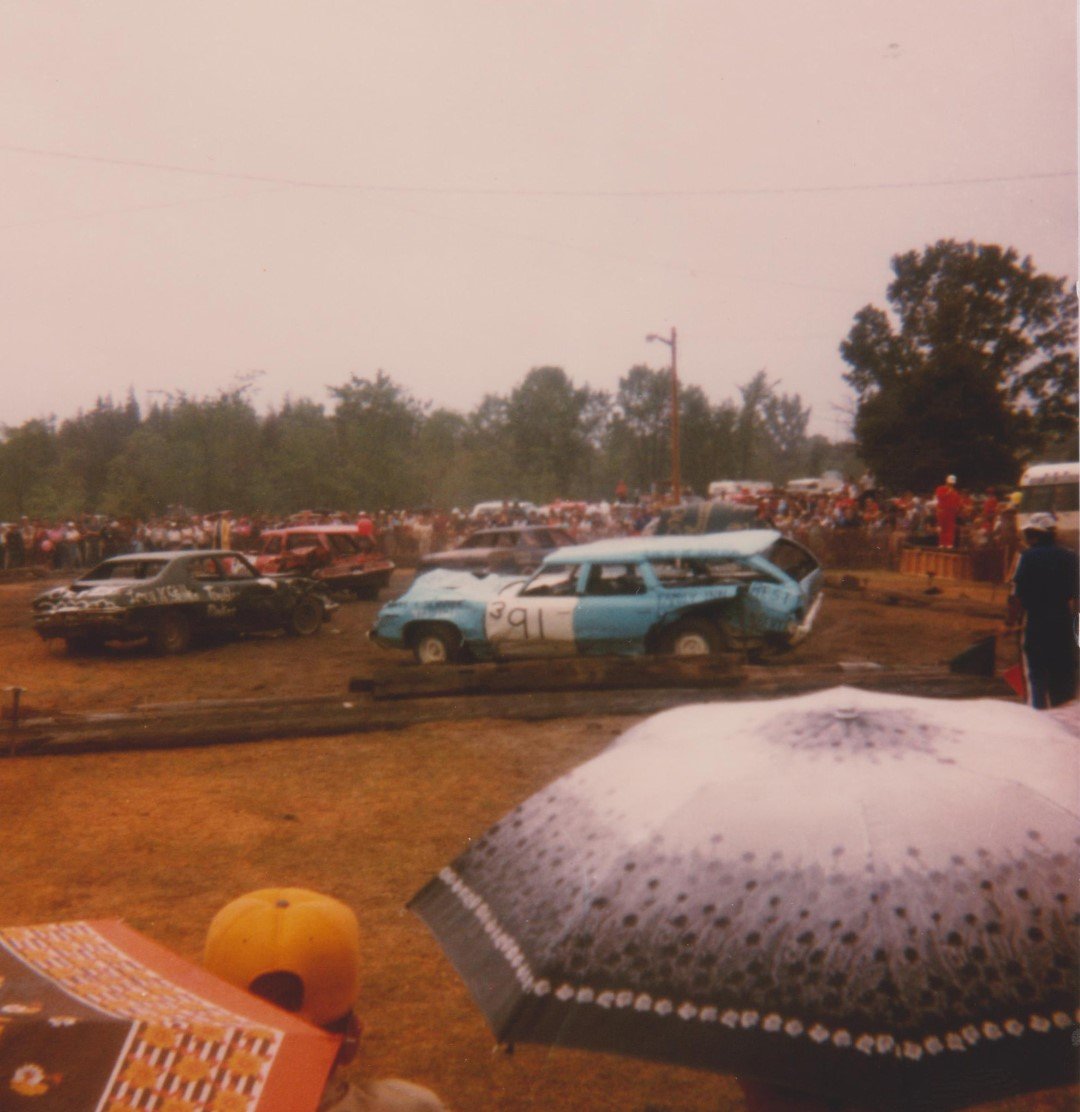 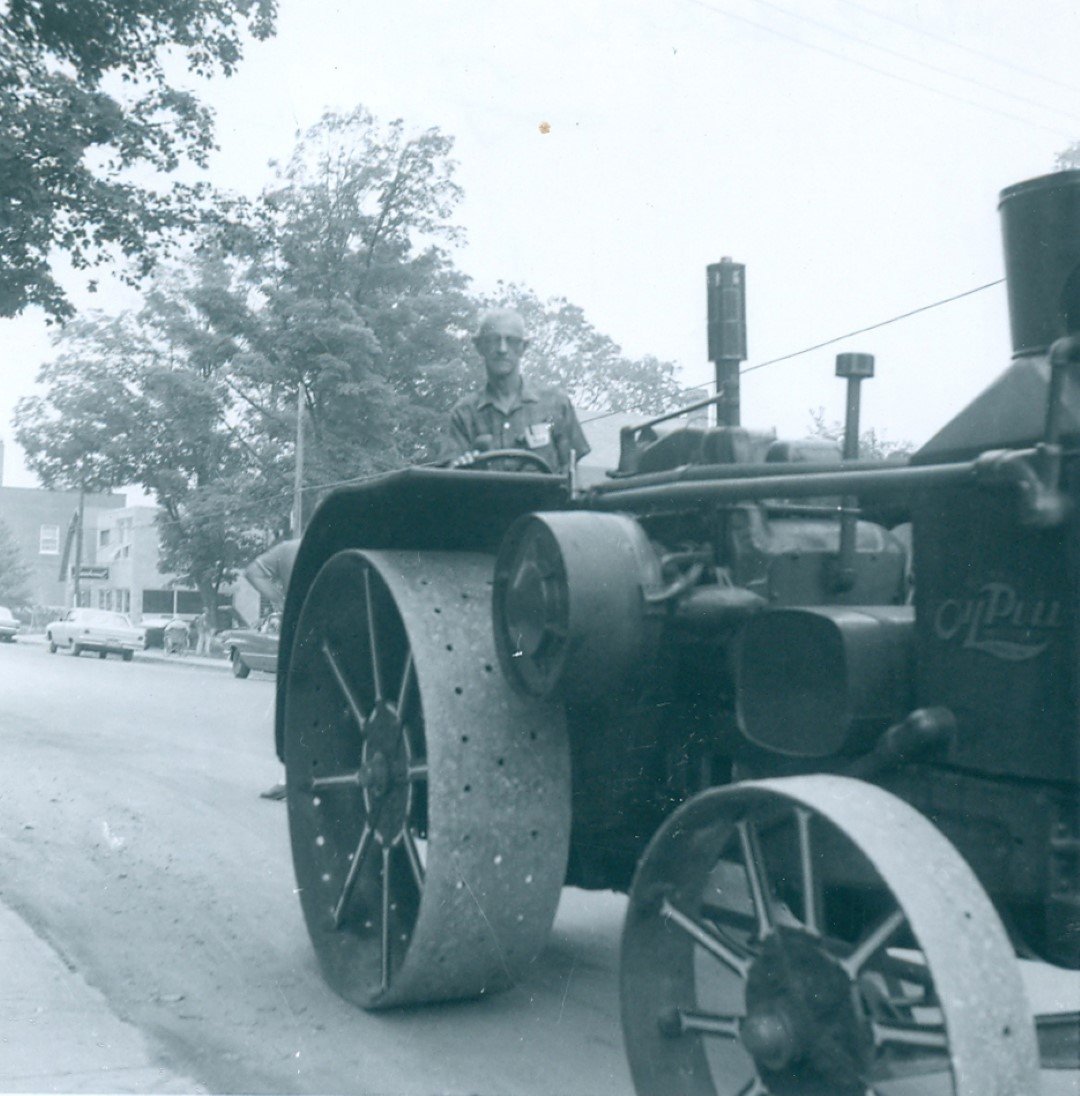 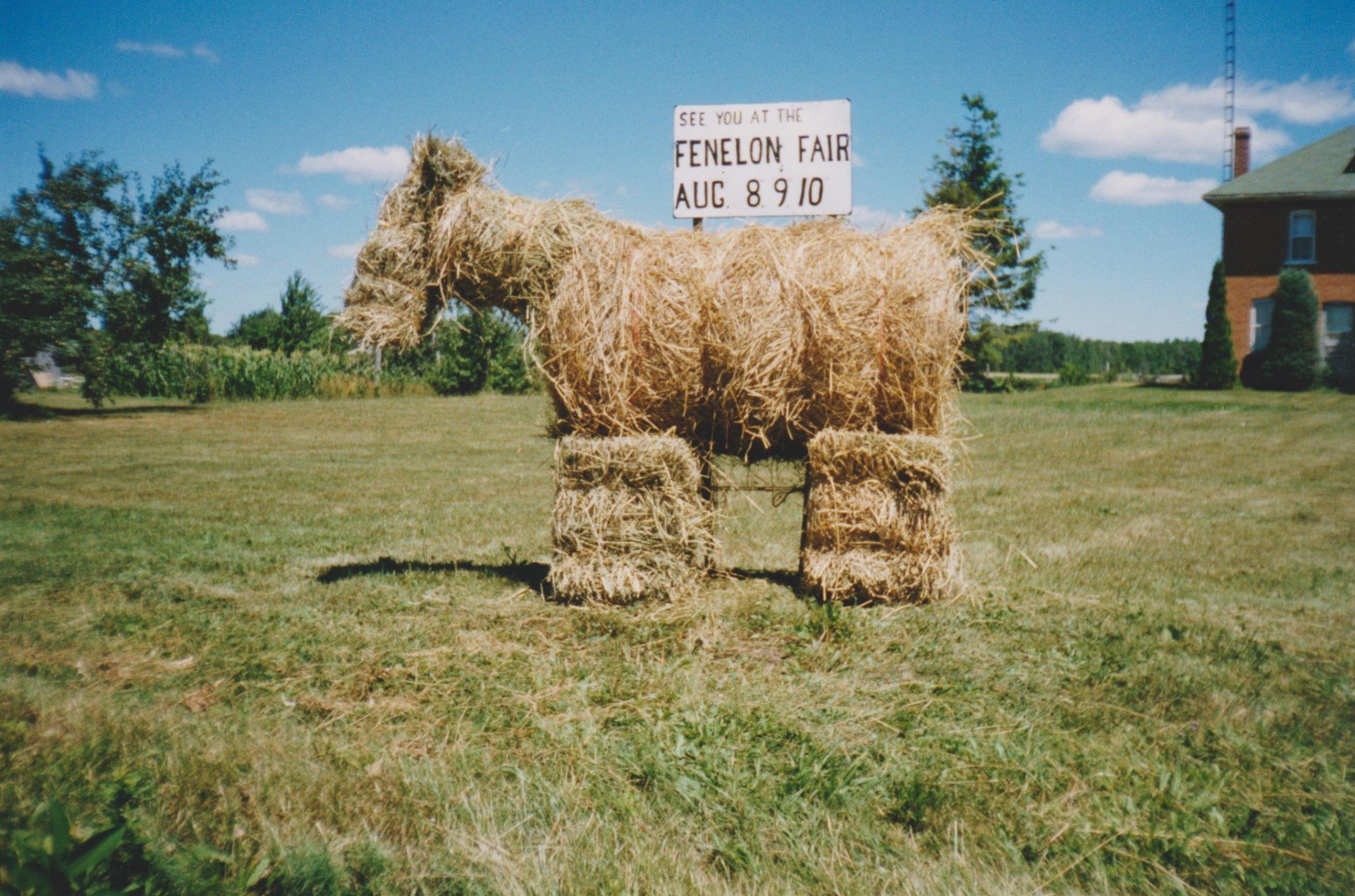 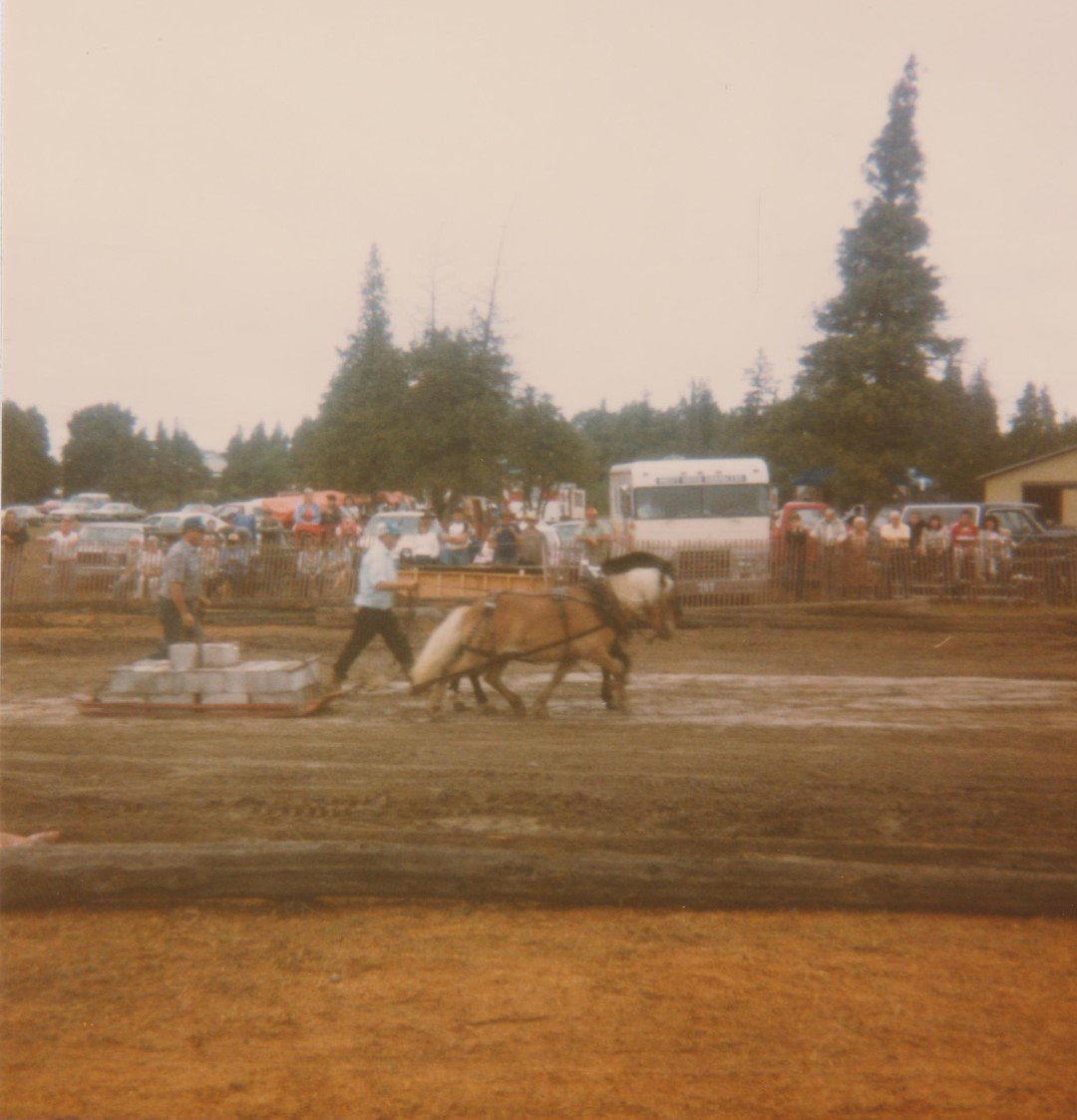 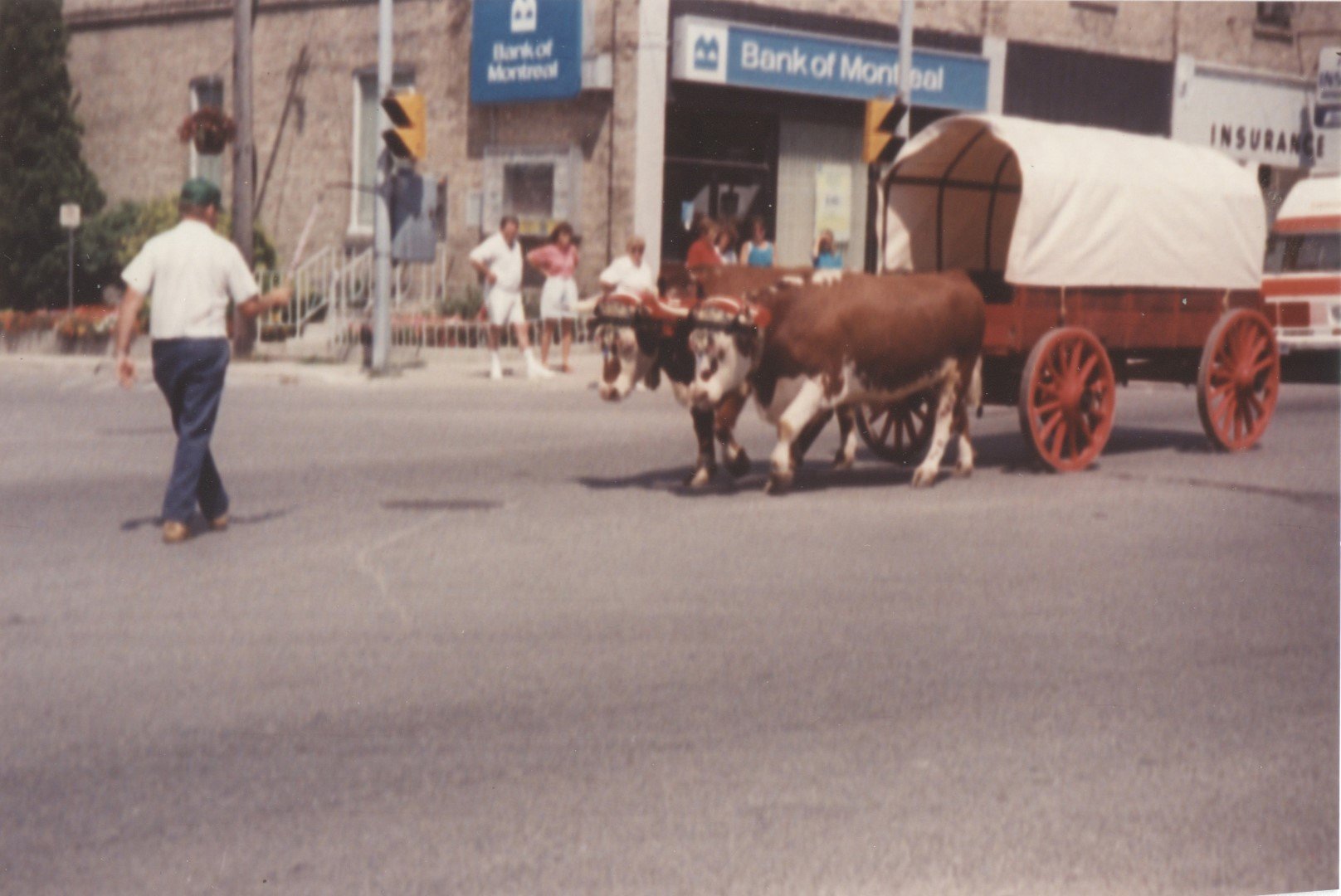 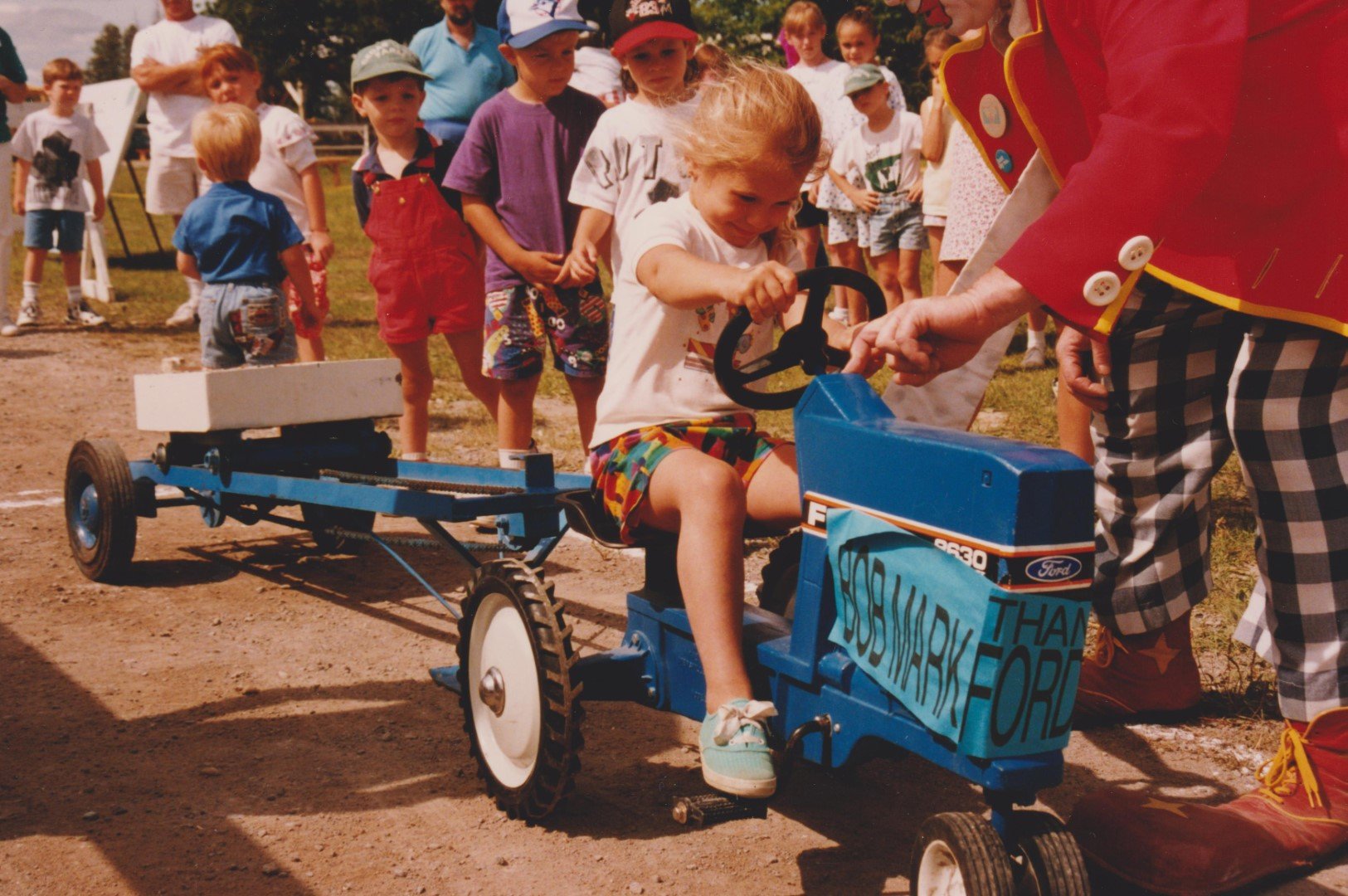 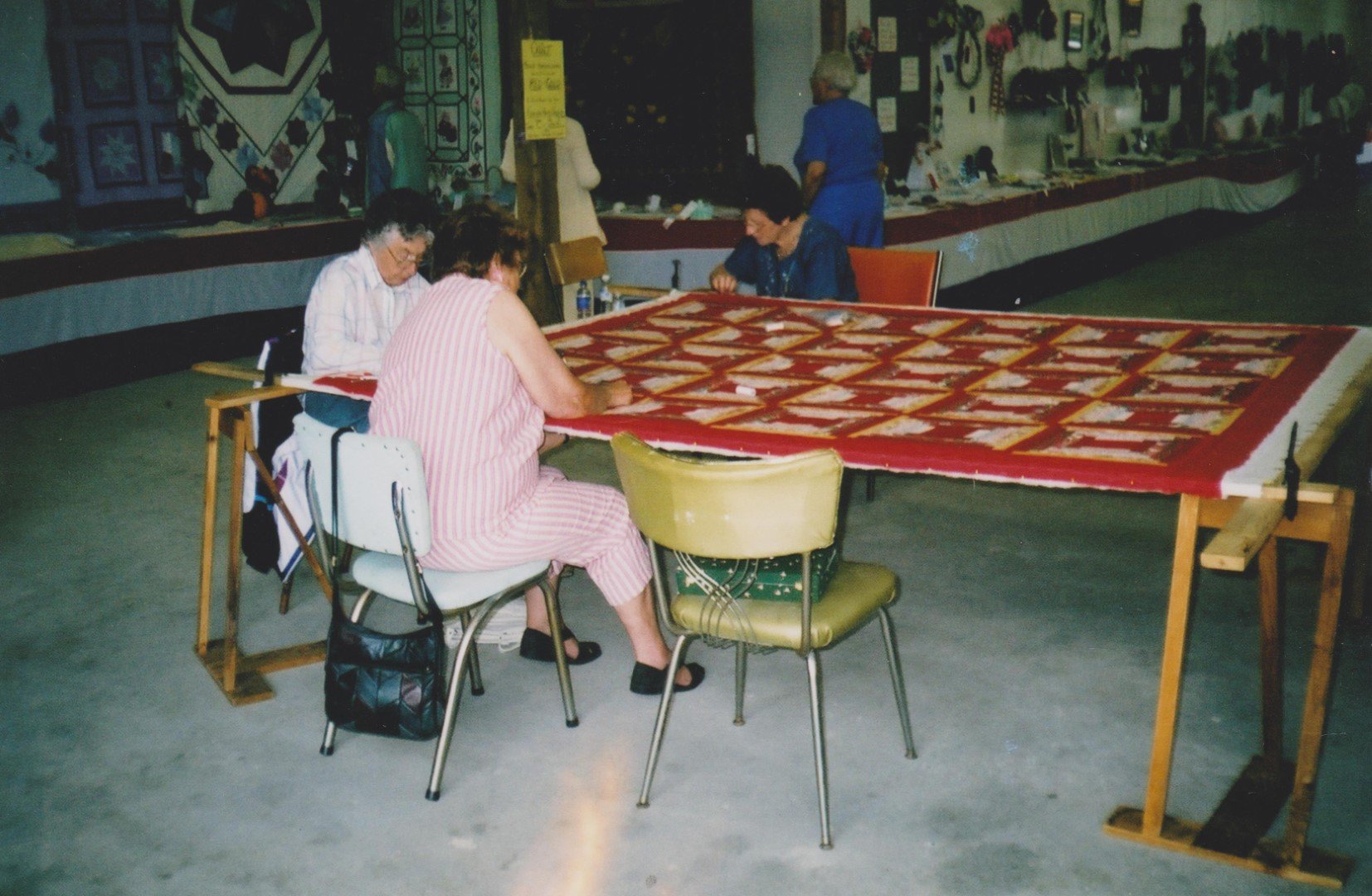 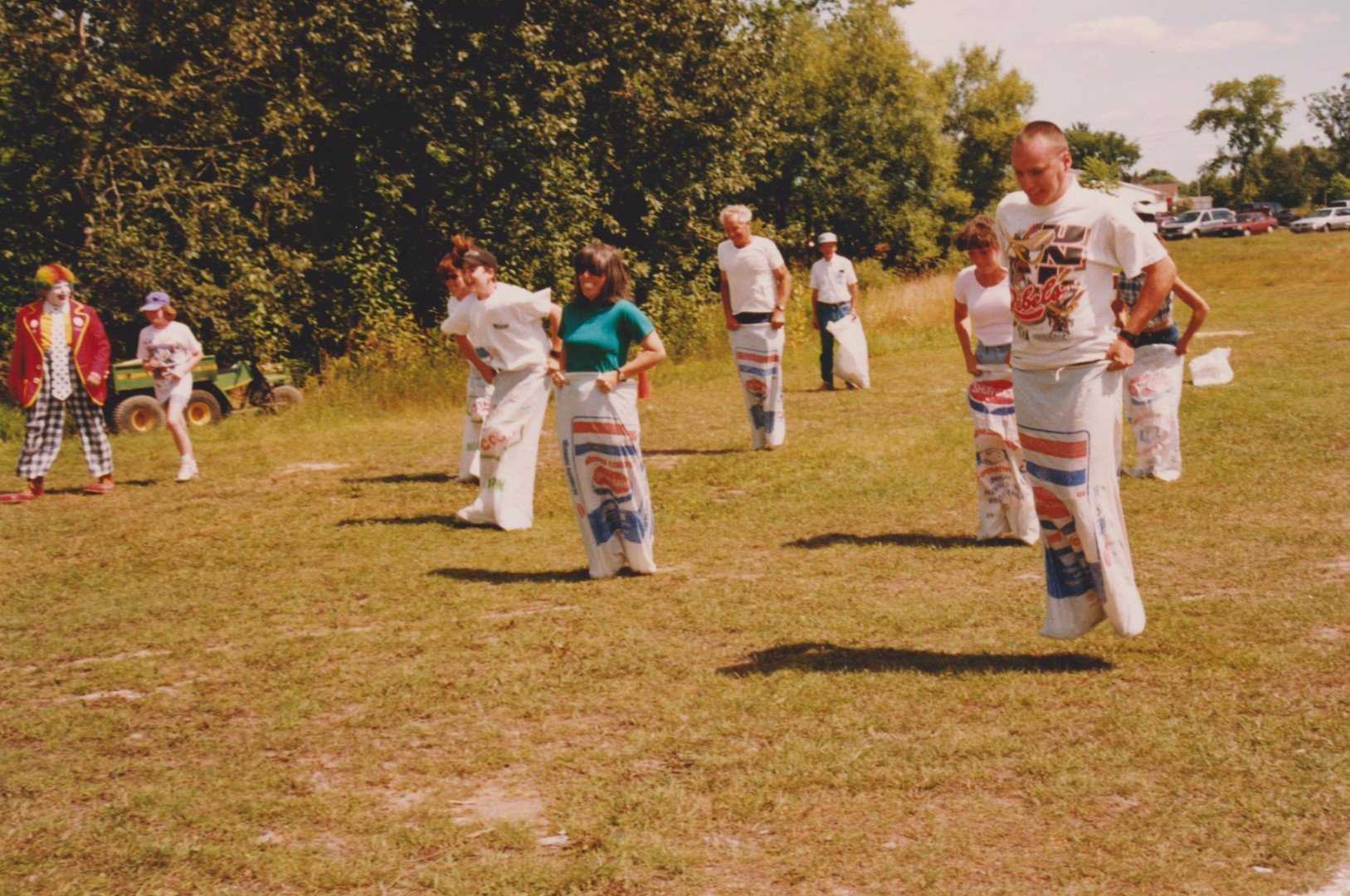 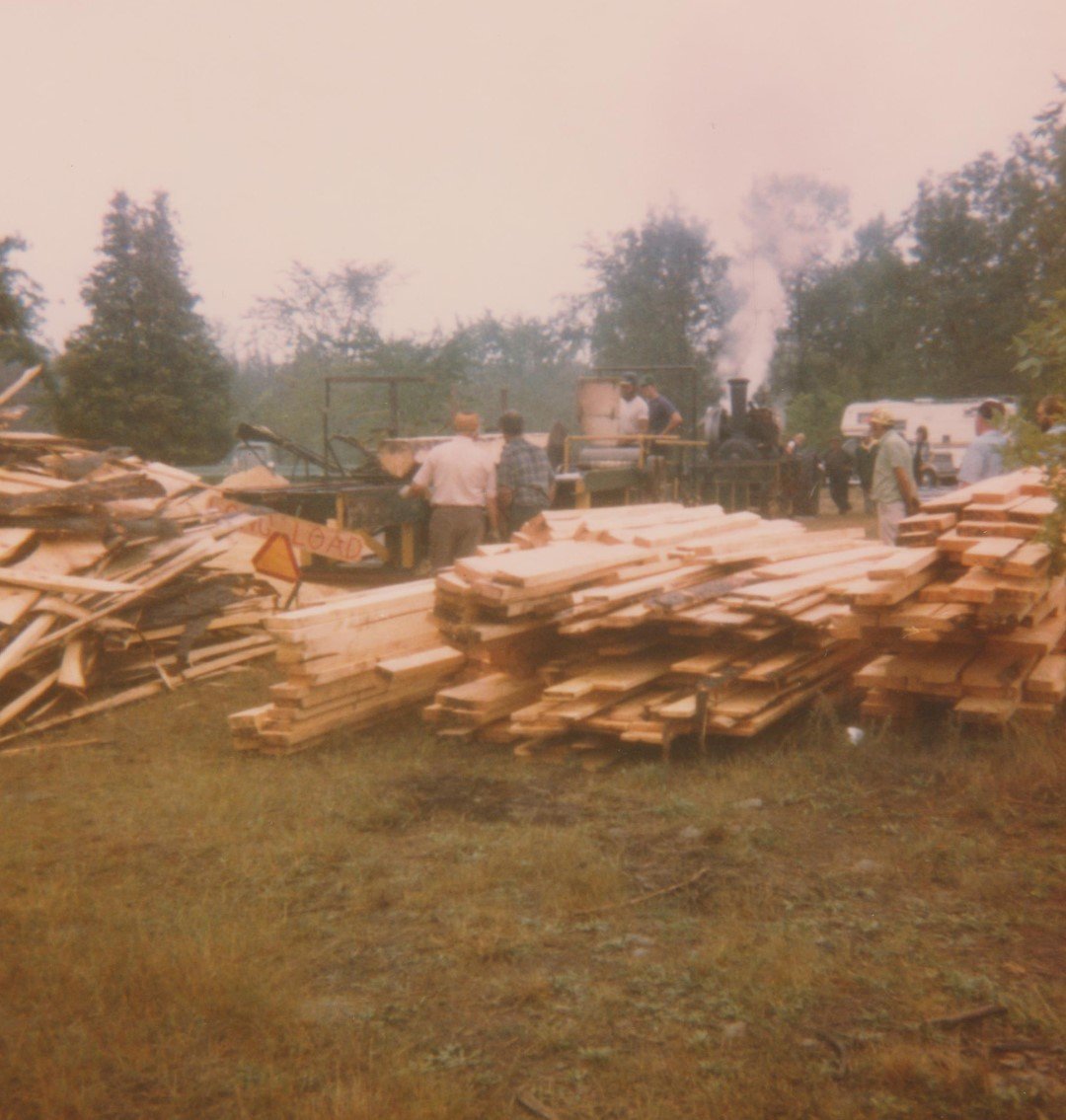 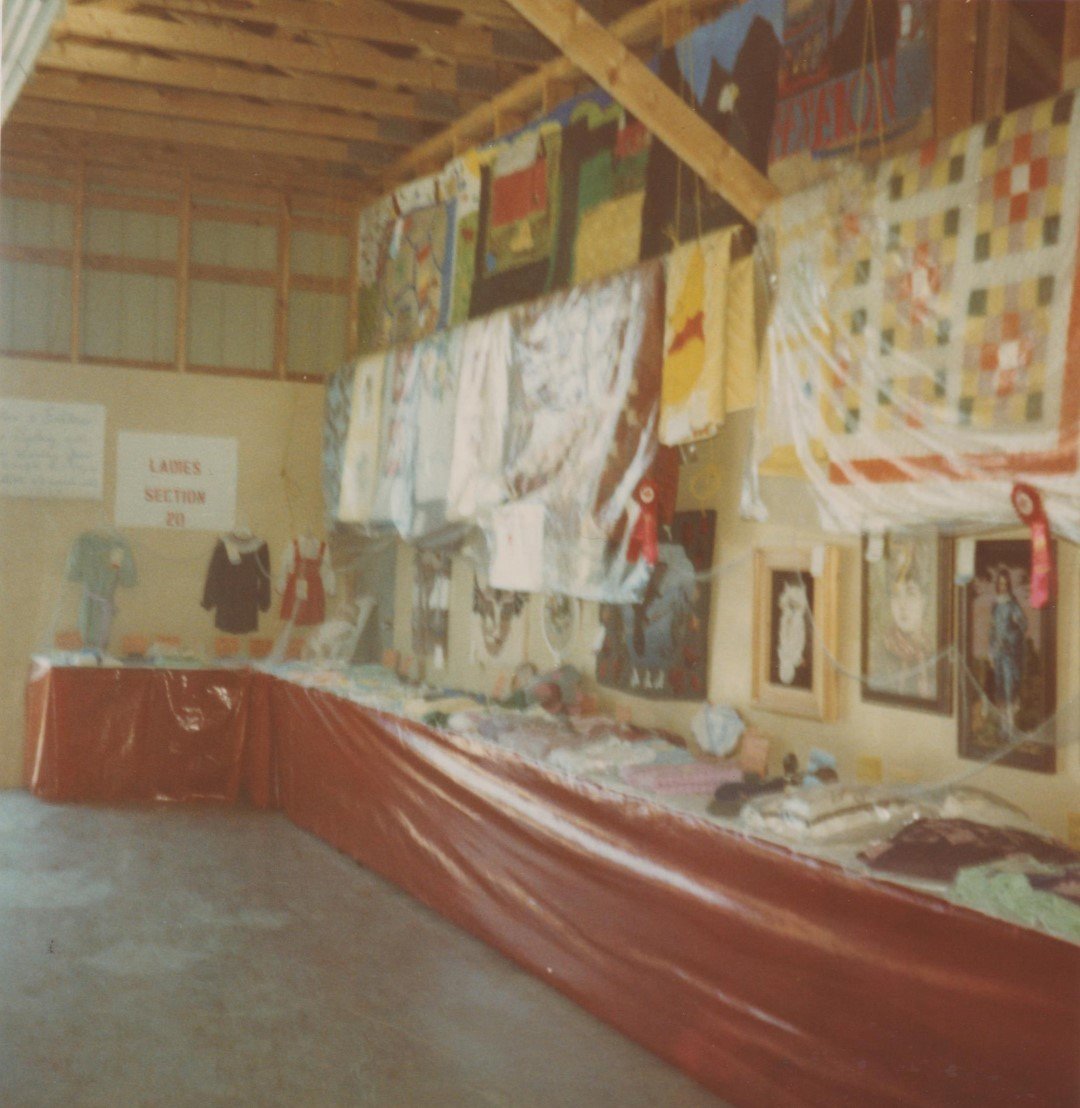 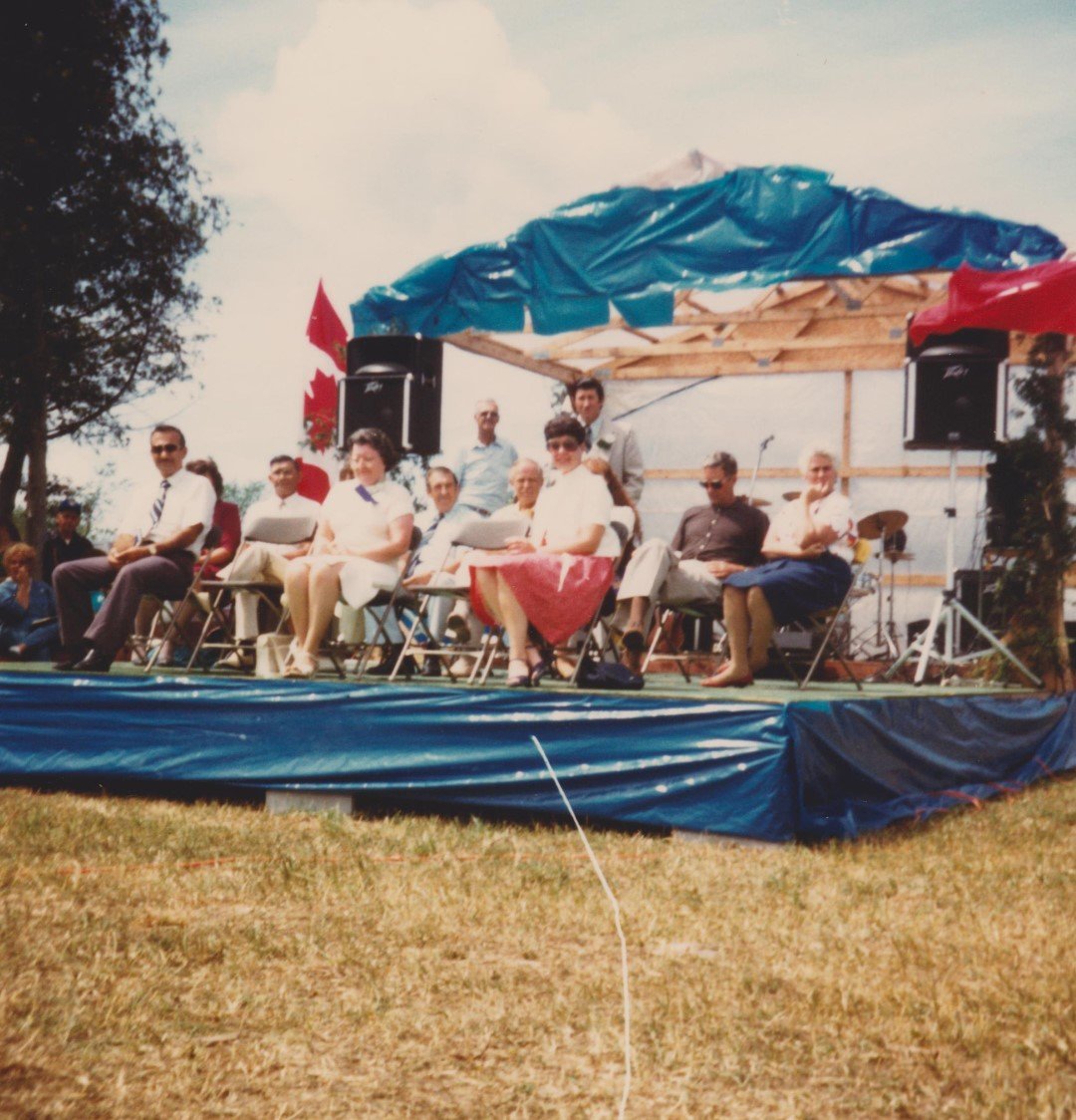 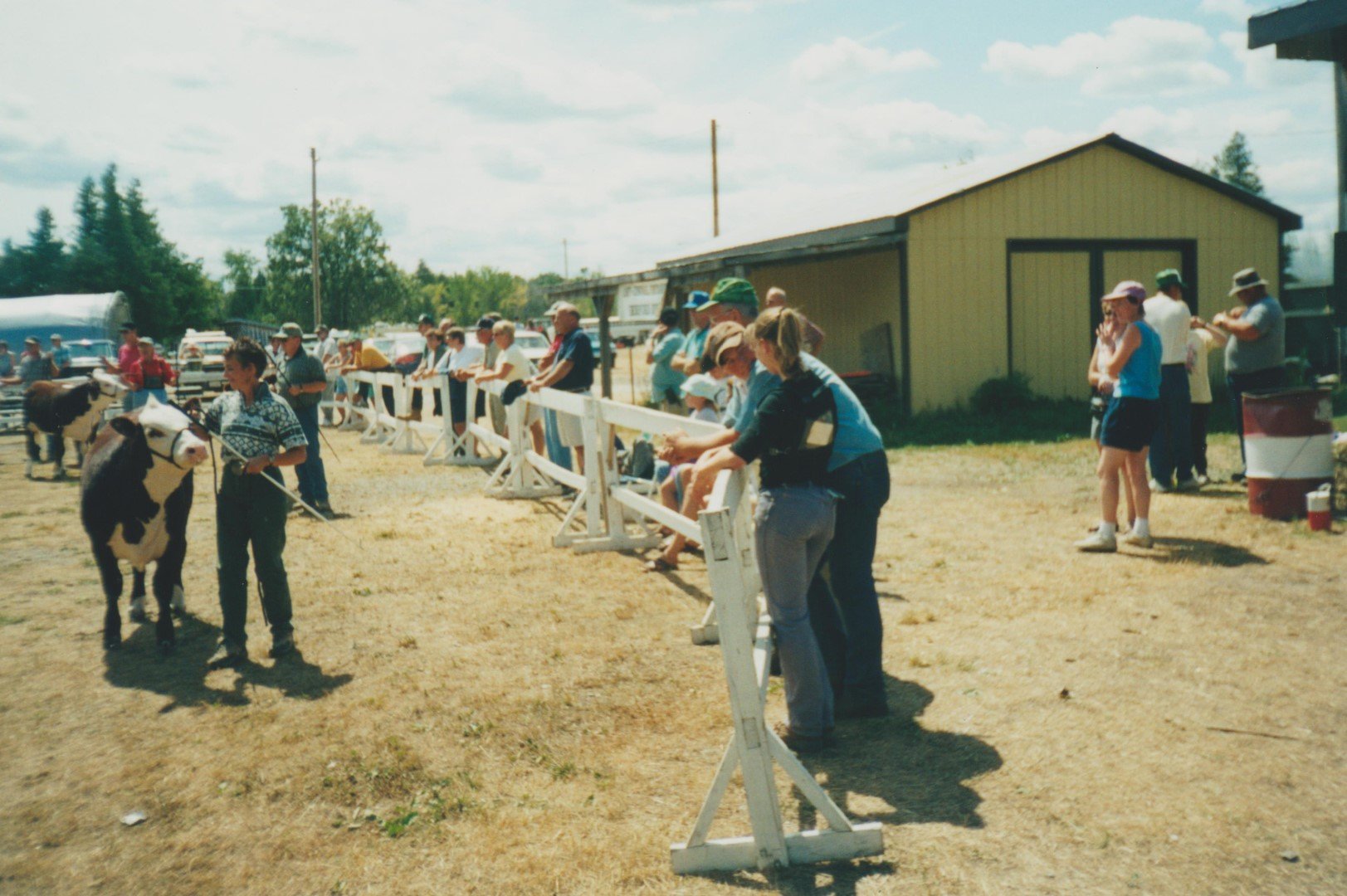 "Brother" Gerry Demoe Driving his Caddilac with Fair President Dave Simser and his wife Karen at the Fenelon Fair, 1984

Demolition Derby at Fenelon Fair, circa 1984

Horse Pull at Fenelon Fair, circa 1984

Mr. Andrews of Orono with his team of Oxen in Fenelon Fair parade in front of Bank of Montreal, 1991

Steam Sawmill at Fenelon Fair, circa 1984

The Ladies Section at the Fenelon Fair, circa 1984

The Stage at the Fenelon Fair, circa 1984

Shuttle and Kids Activities at Fenelon Fair, 2001... They are ready for the kids' tractor pull 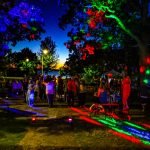 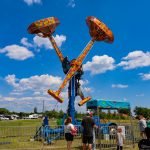