Faye McGee Remembers Fenelon Township and the Mistake of 2000 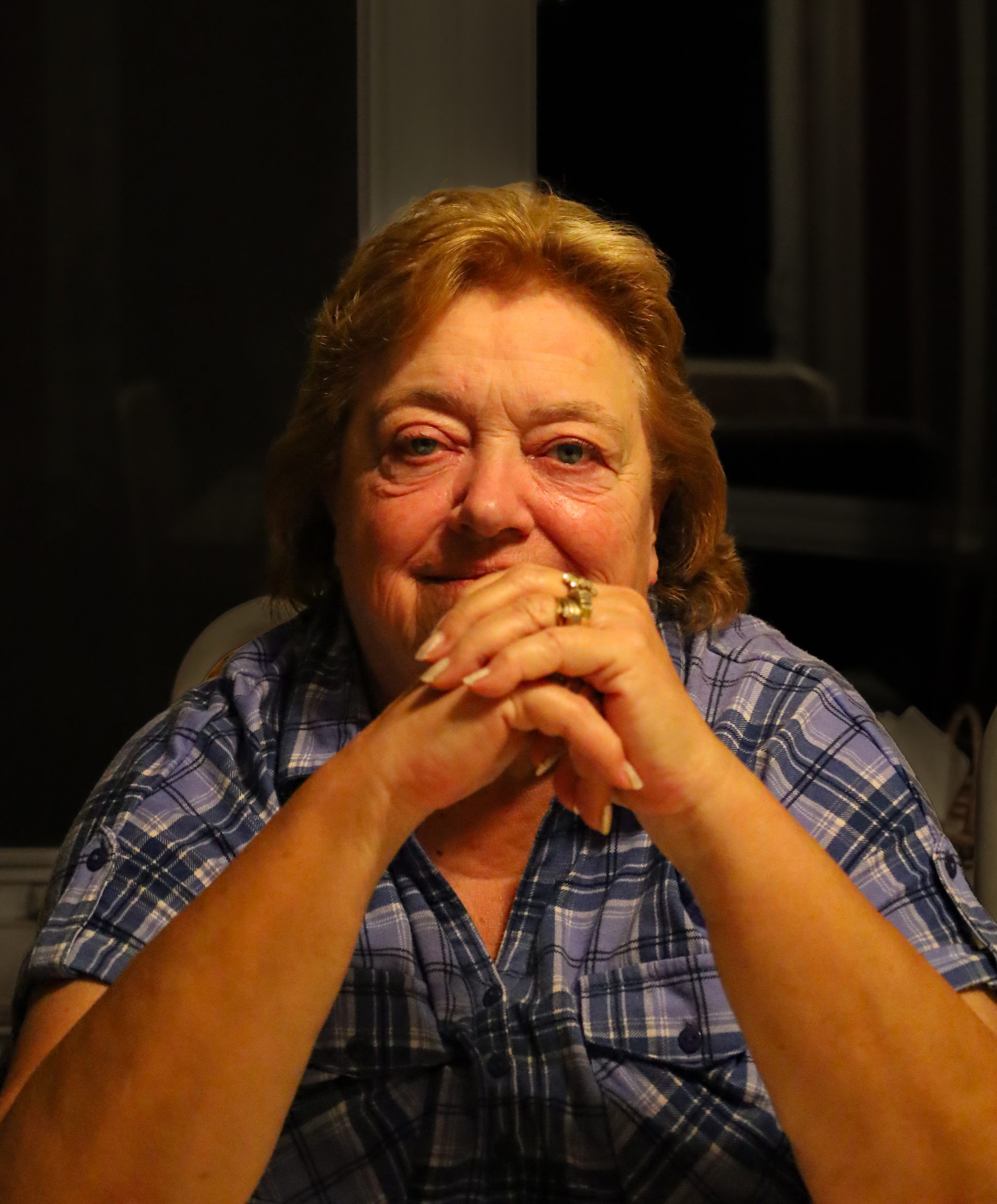 Up to the 1990s, municipal government in Victoria County still in many ways reflected its nineteenth century roots. Then, in 1995 Mike Harris became Premier of Ontario and his Common Sense Revolution included fundamental changes to the relationship between the province and municipalities. Ontario made clear that they wished to drastically reduce the number of municipalities, as they reduced provincial expenditures by downloading services onto the municipalities, while at the same time cutting funding. For better or worse, the Common Sense Revolution forced municipalities to become far more involved in the lives of their residents—gone were the days when they largely just looked after local roads. It was justified by claiming that it would save money, which may have been true for the province, but could never have been true for the municipalities. The municipalities of Victoria County did not agree on a plan to amalgamate, and County Council asked the province to appoint a commissioner to determine how the process could proceed. The final result was the creation of a single-tier municipality, the City of Kawartha Lakes in 2001. In so many ways, it brought far-reaching changes to local government and how it interacted with local residents. From the beginning of the process until today, it was extremely controversial and there remain many different perspectives on amalgamation—many issues are quite complicated.

More than twenty years have passed since amalgamation and this series presents the memories of people who were involved in the process at the time. Given the very different meanings that amalgamation had to the historical actors involved in the process, it is hoped that this series will provide a variety of perspectives, that when read together will explore this pivotal time in local political history.

Faye McGee grew up near Kenhaven Resort on Killarney Bay Road in Fenelon Township. She is well remembered by local youth for teaching swimming lessons at the township’s beaches. She was first elected to Fenelon Township Council around 1990, and went on to be Deputy Reeve before becoming Reeve in the term leading up to amalgamation. After amalgamation she served two terms on City of Kawartha Lakes Council. For many years, she has volunteered for the Fenelon Fair.

In the years leading up to amalgamation, Fenelon Township was a very successful municipality. “We had no debt and the township functioned quite well. We shared some services with Fenelon Falls, and had an agreement with Ops to look after the portion of Fenelon on the other side of the lake, while we maintained the part of Ops north of the lake. There had not been a tax increase in years.”

Like many other townships at the time, a lot of the work that Fenelon had to do was in maintaining roads. One of their longest serving employees was Denton Worsley, who “was a fantastic guy. You couldn’t have given more to the township than he did. He didn’t do anything that would cost the township a dime that he didn’t think was necessary.” When he retired, Blair Pineau replaced him. Blair “also worked hard to do everything he could for the taxpayers, including bartering for equipment, so a tax increase was not needed.” Murray Burnett operated the grader, while Larry Bell, Wayne Barriball, Bruce Barker and Bob Webster also worked in the Roads Department.

For many years, Rhona Bryant was clerk, succeeded by Nancy Wright-Laking when she retired. Patricia Moore was assistant to the clerk and Laurie Lauder was tax collector. Susan Jackett staffed the front counter at the office, while Mary Fountain also helped out. For many years the municipal offices were located in Cameron, until the new facility north of the village was built.

Much of the work of the township was done by volunteers—like maintaining parks, putting out portapotties and looking after docks. The Fenelon Township Community Centre in Cambray was built and maintained by volunteers. A couple of winters, volunteers made a public skating rink at the Ball diamond, which many families enjoyed.

There were few deputations to council, most often, local residents expressed their concerns one-on-one with Faye, either at her home or office. “I can’t think of any time that anyone was unreasonable.” She is proud of how efficiently the township functioned, “we were a good group of people that worked together. Everything that we did, we took the approach of what is best for the taxpayers.”

In the mid 1990s, the municipalities of Victoria County talked to each other about how they could work together, and “we recognized that Fenelon Falls and township were different.” While they would work together, “we could get where we needed to without changing boundaries.” Fenelon Township considered the possibility of combining with other municipalities, “but we didn’t see any efficiencies, so why do it? Victoria County Council also determined there would be no benefits to amalgamation and passed a motion for the province that they were not in favour of a commissioner being appointed.” But then Emily Township requested amalgamation. Lindsay initially asked to hold off on amalgamation, and said that if the town could expand into Ops, they wouldn’t support the commissioner coming. But when this request was not granted, they supported Emily and Harry Kitchen was appointed. There were 16 municipalities in Victoria County and only two supported amalgamation, and they were the only two that had debt. “Since then, everything has gone down hill.”

“I believe that the decisions about how to restructure the county had been made prior to the process” of Harry Kitchen’s public consultations. “The process became the process only because there was public pressure. At first the commissioner was not even going to meet with the individual councils…. His mind was made up.” But because of the extent of public opposition, public consultations had to occur, “then he had public meetings and there was a lot of opposition.”

At his public meetings a lot of people expressed their frustration, and he claimed that he was threatened at a meeting. “I don’t believe it was an actual threat, but I was not at the meeting where it happened.” Harry received 613 submissions explaining reasons not to go ahead with the amalgamation. “He did not have to prove anything that he said.”

Despite all of the opposition to amalgamation, the process went ahead and “the Mistake happened in 2000.” At the last meeting of Fenelon Township, nothing was done to mark the end of an era “because we were not done fighting yet. We became part of VOCO and fought hard.” The Voices of Central Ontario was founded by a group of people who were determined to fight amalgamation. The early members included Lynne Boldt, John Panter, Anne Panter and Bill Spiers. Though not a founding member, Faye soon accepted an invitation to join.

The Voices of Central Ontario attracted members from throughout the former Victoria County. “At an average meeting there were between 10 and 70 people in attendance, the public meetings often attracted 300 to 400 people.” Faye spoke at VOCO events, including some that took place in other municipalities that were facing similar issues, as at Ridgetown, Flamborough and Chatham-Kent. VOCO found many creative ways to keep the issues in the public eye, having Queen Victoria appear at the Kinmount Fair and staging a funeral for Victoria County. Many of the advertisements had a coffin for democracy, implying the death of democracy that came with amalgamation.

VOCO held their own, unofficial, referendum on deamalgamation, and had put a lot of hard work into raising awareness, including a lot of trips to Queen’s Park. Then MPP Chris Hodgson, also the Minister of Municipal Affairs and Housing, agreed to a non-binding plebiscite on deamalgamation, which was to be held coincident with the 2003 municipal election. Just before the local vote, the Conservatives were defeated in a provincial election. The new premier, “Dalton McGuinty gave us a letter that the referendum would be honoured. We had been granted the referendum and we won. Then [the new Minister of Municipal Affairs and Housing John] Gerretson showed up. He said there were three steps. We did them, then he said not at this time. And here we sit. We were just strung on forever.”

“The fear was, that if we did de-amalgamate, others would do so too. There were people all through the province that were dealing with the same problems—in Chatham, Flamborough and Ridgetown. They should have been given a vote too.” So the results of the referendum were ignored. “I still believe to this day that the vote should have been honoured.”

The changes that have taken place since amalgamation have been profound. “Fenelon Township had it right, this was a mistake. It was efficient and run by council. It was small enough that the right hand knew what the left hand was doing. People didn’t have to wait a year to get an answer on a building permit application, they were generally attended to within a few days. We represented the people we were put there to represent. In the good old days of Victoria County they got the job done with less than 400 employees, none were in the Sunshine Club, and now there just under 22000 employees. How many are in the Sunshine Club? We hired local people who cared, now they bring in people from outside the community, who often don’t stay. Today firefighters earn $25 or $28 per hour. It used to be $10.49 per hour and they were responding with their own vehicles, because they loved what they were doing. It is a bureaucracy now and a nightmare. People have moved away because the taxes are too high, and the debt is too high too.”

Back in the days of Fenelon Township, individual citizens “could just raise an issue” and it would be seriously considered. Today in the City of Kawartha Lakes, “staff are writing out motions and putting them on the councillors’ desks for them to read. There is more staff at council meetings than there is council. Gone is the personal aspect, community, and feeling part of what is going on—doing things together for your own community. It was a lot easier to make your contribution, a lot easier to accomplish something without needing all the consultants. Council used to be able to make a decision without having to hide behind a consultant.” One of the biggest changes is that “the spirit of community is gone.”

“A lot of people I talk to are still mad about what happened. It is still hard to believe there was a referendum and it was not honoured. It’s hard to believe that we do not have any rights here.” Having spent a lifetime as a well-known local political figure, there is just one thing Faye wishes she did differently: “I wouldn’t have let the province off. I would have been down there every day at Queen’s Park, until they agreed to honour the vote of the people. But that doesn’t mean that I have quit.” 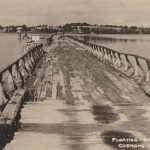 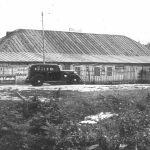