Do you have a Horn Bros. Blanket?

Before the Industrial Revolution, a lot of women spent so much of their lives clothing their families. Taking dirty, knotted wool and trying to turn it into respectable garments was a tedious and painstaking process. It was a testament to the love, devotion and industry of many women, that they went to the trouble of making something beautiful.

With large-scale European immigration to central Ontario beginning in the mid nineteenth century, as settlers talked about moving to the ‘backwoods,’ having to get by on the fruits of your family’s own manual labour defined the pioneer experience. What this would mean for their lives was a common fear, and overcoming it to achieve a modest prosperity was a great accomplishment for many families. Saw and grist mills were typically the first improvements in a new settlement, and woollen mills were not far behind. These early industrial ventures helped alleviate the endless, tedious manual labour that for most farm families was an everyday reality. In time, maybe they might even have a little time for leisure.

Alexander Horn was born in Scotland in 1820, where he had worked in the woollen trade as a young man. When he came to Canada with his wife and baby son, he continued in this line of work in the settlements on the north shore of Lake Ontario, before setting out for Mariposa in 1871. When he arrived there were a few active carding mills in Victoria County. Carding entailed combing the raw wool through pins to clean and straighten the fibres, and produce a bundle ready for spinning or dying. In the days before there were mills, families had to use hand cards to slowly process the wool manually.

The Horn family set up shop on Lot 20 Concession XII, Mariposa Township, on Mariposa Creek near the hamlet of Linden Valley, between Oakwood and Cambray. In an era when many small local textile mills focussed on carding, Alexander and his son Andrew also did spinning, producing yarn, cloth and blankets. In 1881, a pound of yarn was 15 or 20 cents and a pair of blankets, $3 to $6.50 depending on size. For those who had a little wool to trade, what a luxury it would be to start knitting with professionally made yarn. The Eden Steam Woollen Mill reached Fenelon Township customers, by having H.J. Lytle collect wool and return the produce at Cambray.

In 1892 the business moved to Lindsay as Horn Bros., being James and Alexander Jr. (typically spelled Alex, pronounced ‘Alec’), after their older brother died young. Their father, Alexander Sr. continued to play an active role in the business. Located on the Scugog River at the corner of Bond and William Streets, by 1904 the company was incorporated with a vastly expanded plant. They were supplying material far beyond their home community including fabrics for clothing sold through Eaton’s and blankets supplied to the Crown’s Indian Agencies. In 1914, they were transitioning to supply Canada’s war needs, employing 200 hands, when the factory burned. Partially rebuilt by 1917, a memorable water tower became a feature two years later when the mill was extended.

Being one of the town’s largest employers, Horn Bros. sold blankets on site as well as through retailers worldwide. Like many industrial factories, the plant was loud and employees would have to yell to communicate with each other, over the clackety-clack of the looms, while the shuttles shot back and forth, as a blanket came together. For many years, Percy Hall was shop foreman, ably assisted by Stan Thomas. Employees could arrange to have a special blanket, that they had woven themselves on the loom. As a present they might even have the name of a special somebody sewn onto it.

These woollen blankets comprised much of the company’s twentieth century produce, as ever fewer people wore woollen underwear or bathing suits. Many Victoria County families grew up sleeping under Horn Bros. blankets without thinking twice about it, as their products gained an international reach. After Alex Jr.’s death in 1942, the company descended into bankruptcy in 1955 and was sold. Today the old factory has been repurposed as AON’s Wedgewood Park Apartments.

For more information on the Horn Family Check out Barbara Tangney’s Wool Saga, featuring many illustrations of the Horns through the years. 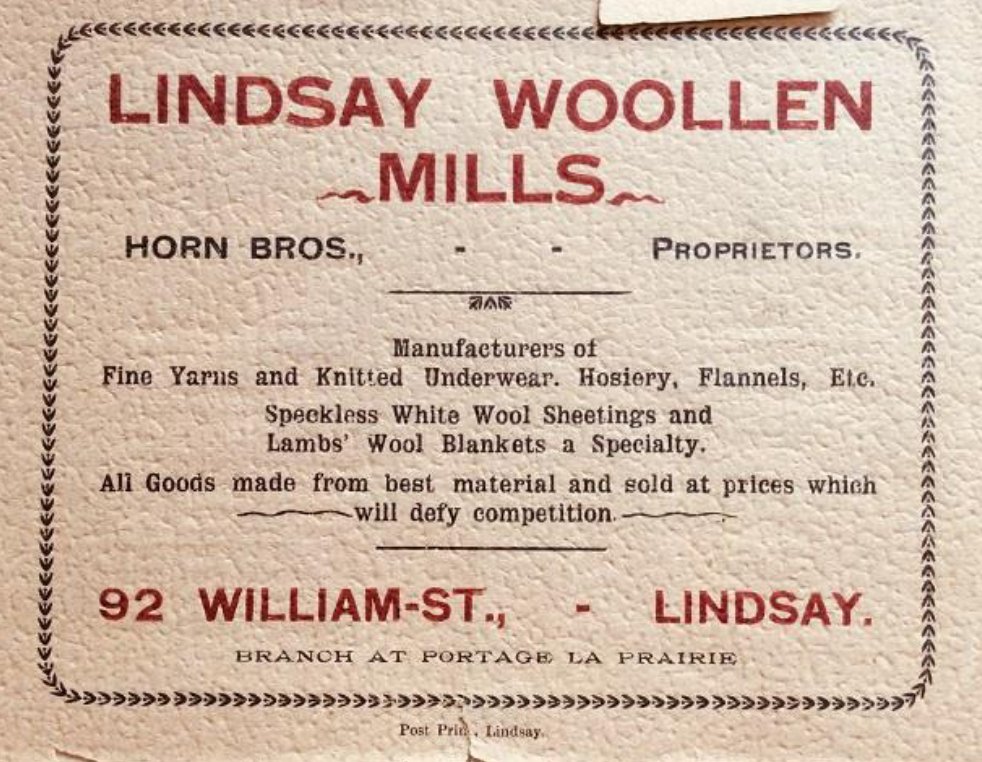 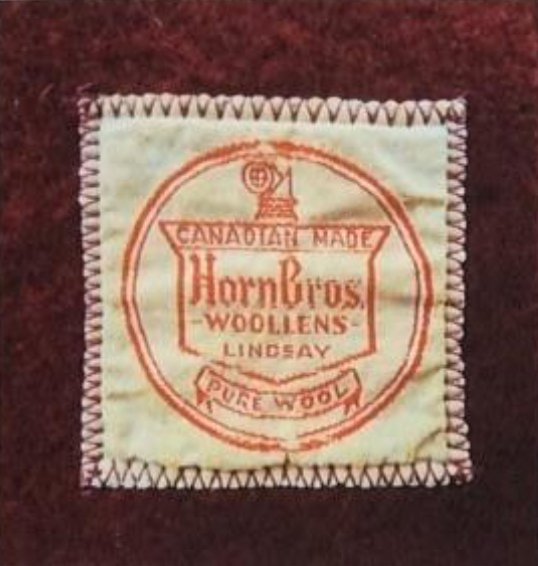 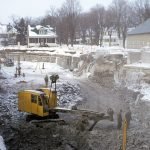 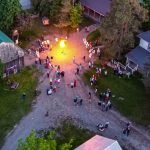