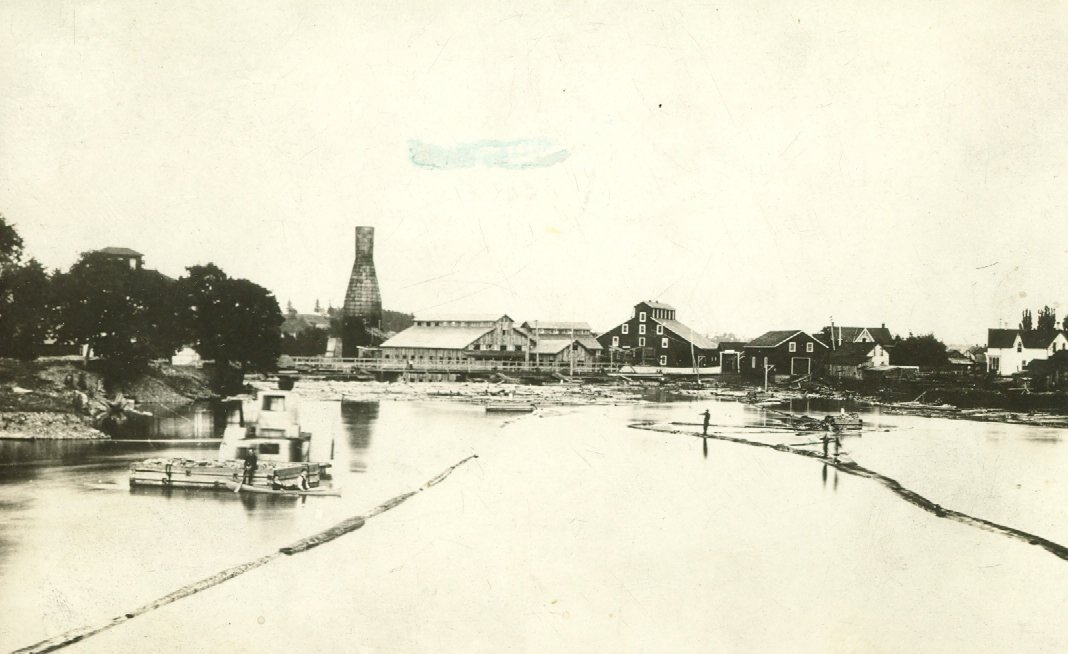 For many years, Fenelon Falls had a landmark that looked like a giant pop bottle—it was a refuse kiln, over 100 feet high and 28 feet in diameter at the base, designed to handle the waste produced at the Red Mill. At its peak, this mill was the largest on the Upper Kawarthas, operated by R.C. Smith and later J.W. Howry and Sons. Once it was left far too long between burns, and ended up half full of waste. When lit “it burned for a couple of hours with a huge blaze coming out of the top, like a torch lighting up the whole town. The metal was red hot from base to top and many thought it might collapse, but it came through without any serious damage.”

A carrier—being a chain with hardwood ‘buckets’—moved waste from the mill up to a hole in the side of the kiln 30 feet off the ground. In 1884, Martin Kelly climbed up the carrier to remove an obstruction, got both feet caught, was knocked to his knees and dragged by the chain:

“He struggled and shouted, and his cries were echoed by all who witnessed his predicament; and, while two or three rushed up the ascent and tried in vain to liberate him, others flew to throw off the belt which drives the elevator. For the purpose of doing this with safely, a crooked stick is kept; but as the stick hid itself and could not be found, one of the men threw his arms around the belt and pulled it from the drum which imparts motion. Another instant’s delay would have been fatal to Mr. Kelly, who had reached the top of the elevator, and, having got his left foot free, had turned over and was lying on his back in the iron trough or spout above mentioned, with his head fairly in the entrance of the kiln. Had the chain moved a few inches further, his foot would have been liberated and he would have been dropped into the fiery furnace blow; and his situation was so precarious that the men who took him out tied a rope around his body before they ventured to raise the bucket that held him.”

How fortunate Martin must have felt to live to tell the tale! 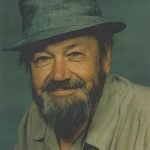 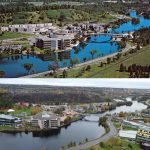