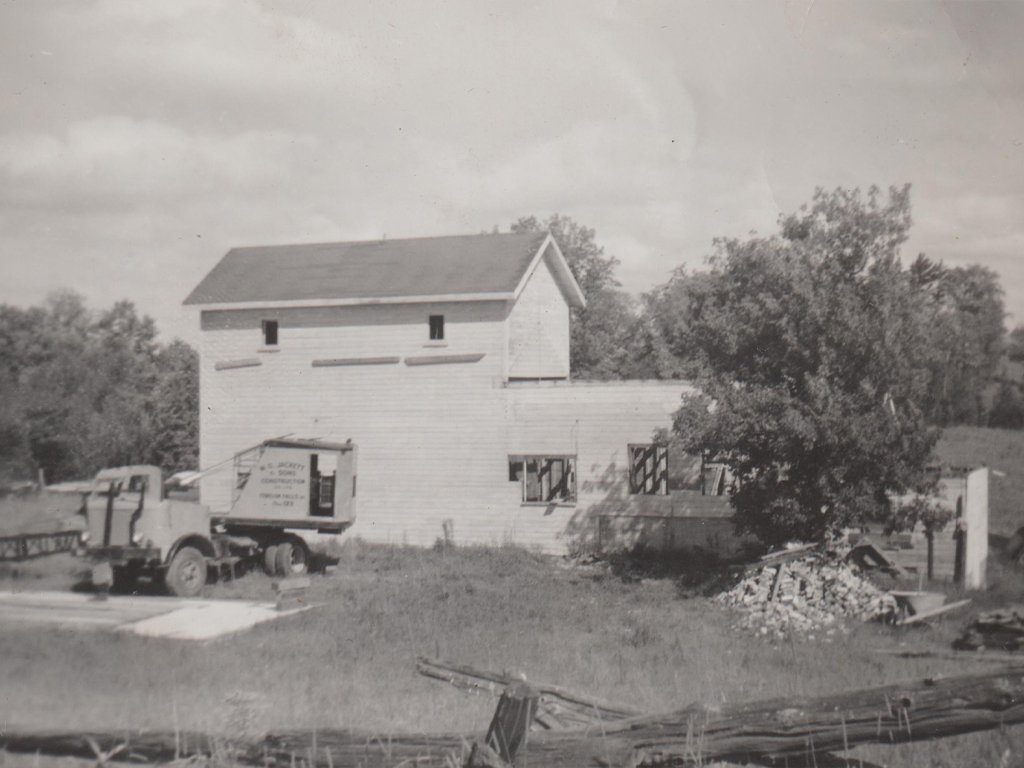 For two generations, the Copp family operated a butcher shop on Colborne Street (presently the Bad Ass Den), with an abattoir located north of the ball diamonds (which did not exist at the time), around the bend on Francis Street. At the back of the property there was a pig pen, where the animals were kept. They were killed at the enclosure, then the carcasses were rolled up on a cart, via a special sidewalk with two grooves, kind of like a rail car. Up at the building, they would scald the carcasses in a great iron pot over a wood fire to remove the hair, then process them inside. An incinerator stood beside the building to dispose of the waste products, with a masonry chimney towering perhaps 30 feet up in the air so the stench would not be overpowering.

In the 1950s, people were often much more careful not to be wasteful than we are today. Although there was no repurposing the lower storey—for all those years that the stench of processing animals had hung in the air, the walls were covered in blood and there were feces on the floor. But Mark Fell helped Phyllis and Wade Moore rebuild the second story into a home. At the time, it was very common to move and repurpose buildings, as long as they were structurally sound. The front half of the lower floor contained a great freezer to store all the meat. When the first storey was demolished, the freezer doors were reused at Stegenga’s, located on the Bobcaygeon-Fenelon Road.

In this photograph the pile of bricks marks where the chimney once stood. Mark Fell attached the timbers to the side of the building to receive 3 cables, slung over the roof. W.G. Jackett and Sons lifted the building by the cables with his cable machine, placing it on the slab in the foreground. Then Mark helped the Moores transform it into the living room and kitchen of their new home, complete with new kitchen cupboards made by Cliff Moffatt. Today, many buildings are demolished to make way for new, that somebody would have made use of a couple generations ago—waste not, want not!

John Copp started out as a farmer and cattle dealer at Balsam Grove, just south of the namesake lake in Fenelon Township. For twenty years he served as postmaster, as he and wife Martha raised nine children who survived infancy. He also organized the neighbourhood beef ring—in the days before refrigeration, farm families joined together to butcher a cow each week, so they would not have too much meat at a time during the summer months. His son, Sam attended the local one room school, where he mastered immaculate penmanship. He parlayed this into a job working for Paul Ouellette’s (also commonly spelled Ouellet) butcher shop, located at 24 Colborne Street (now the Bad Ass Den). This site had been a butcher shop since the mid 1870s, beginning with Tom and Henry Austin.

In 1897, it was announced that Sam was taking over the business, or partnering with Ouellette, but these arrangements do not seem to have lasted the year. A couple years earlier, Ouellette had another short lived partner, Paul Sova. Sam returned to work on his father’s farm. Then twelve years later, his father bought the business (then owned by Finlay McDougall), sold his farm and moved to Fenelon Falls to operate as John Copp & Son. Ouellette continued to work there. In 1928, Copp installed electric refrigeration at the butcher shop—it was an era when many farm families still stored meat on their cellar floor to keep it cool. When John passed the next year, his sons inherited the business, Harvey and Hilliard (Sam predeceased his father). They carried on the business until 1950, when they sold to Henry Popert, who later worked as butcher in Van’s Groceteria. It was next door to Eddie Wong’s popular restaurant, later the Central Café, which is On the Locks today.

John’s grandson, Mel Copp left high school at the age of 17 to work in the butcher shop, but soon found the career was not for him. He then tried his hand a being a barber, before apprenticing as a type setter at the Fenelon Falls Gazette. Once he became a journeyman, he moved to Lindsay, where to began a 45-year career working on the linotype 14 at The Post newspaper. Through much of the twentieth century local printing was done with either cuts of movable type, where each letter had to be set in order (upside down) by hand or the much more efficient linotype machine, which produced a custom lead slug for each line (hence the name), which could then be assembled into a page of text. When he retired, Mel decided to set up a bird refuge at his cottage on Davis Lake. “I’d rather see them fly than see them being shot,” he explained. 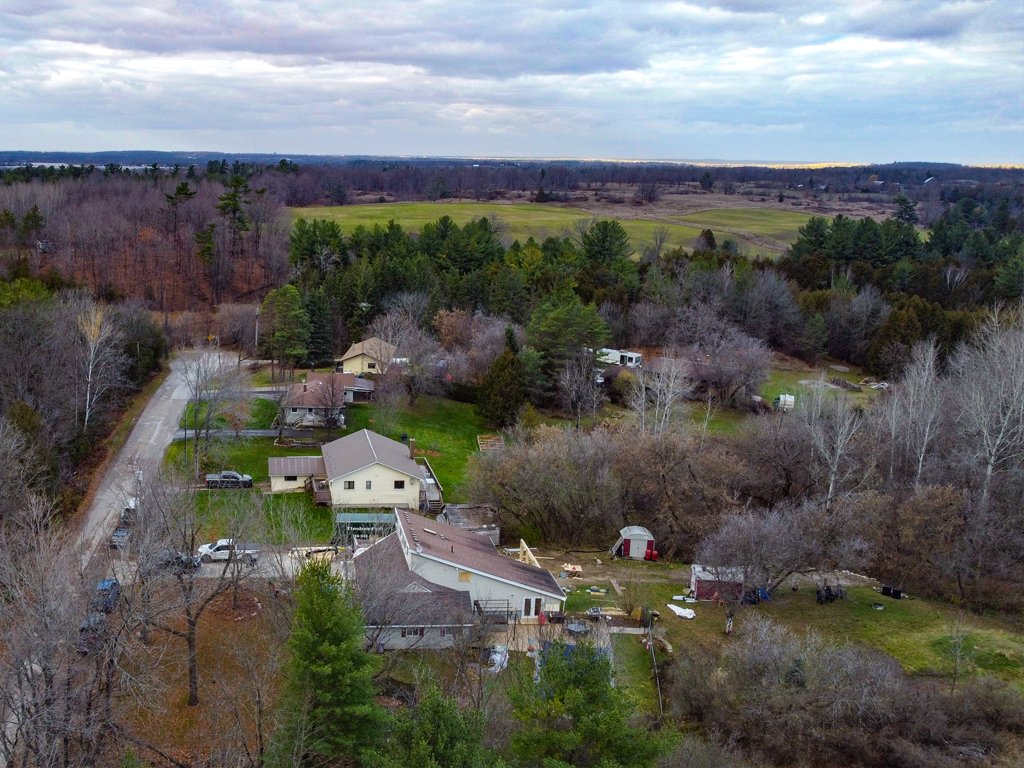 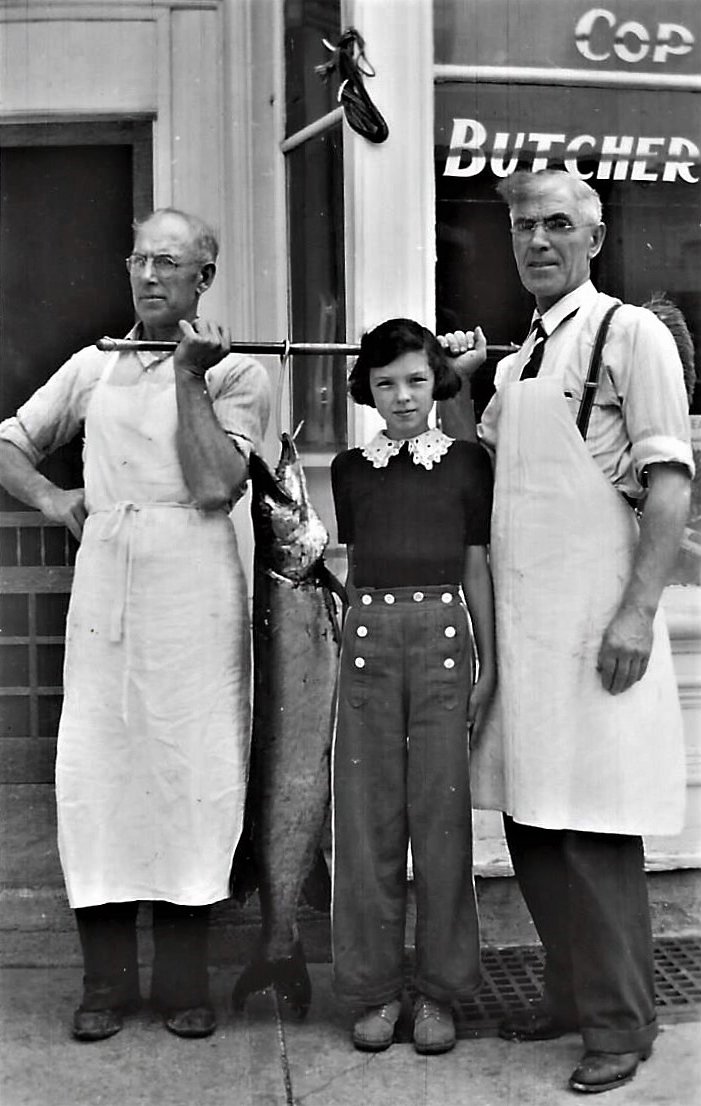 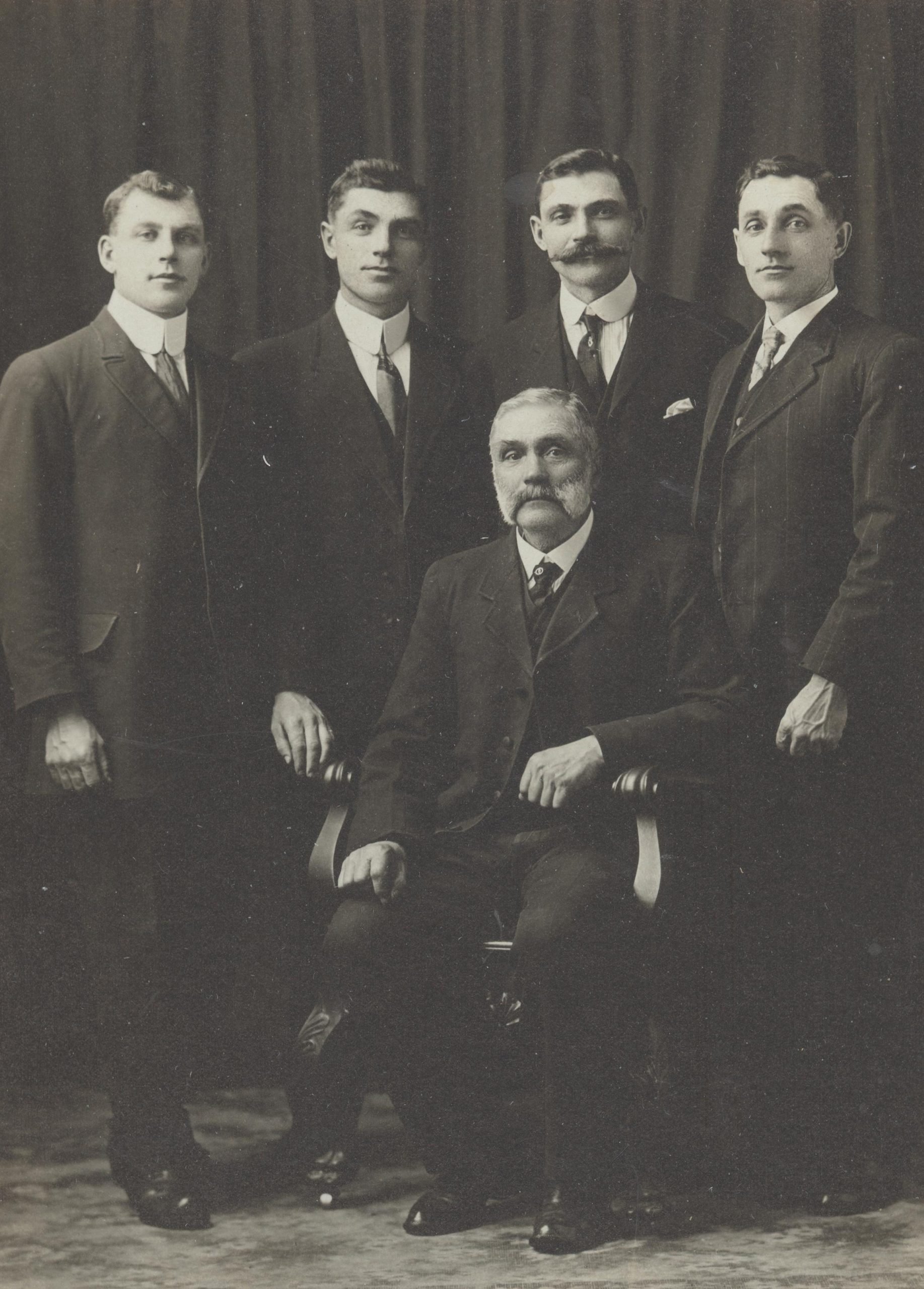 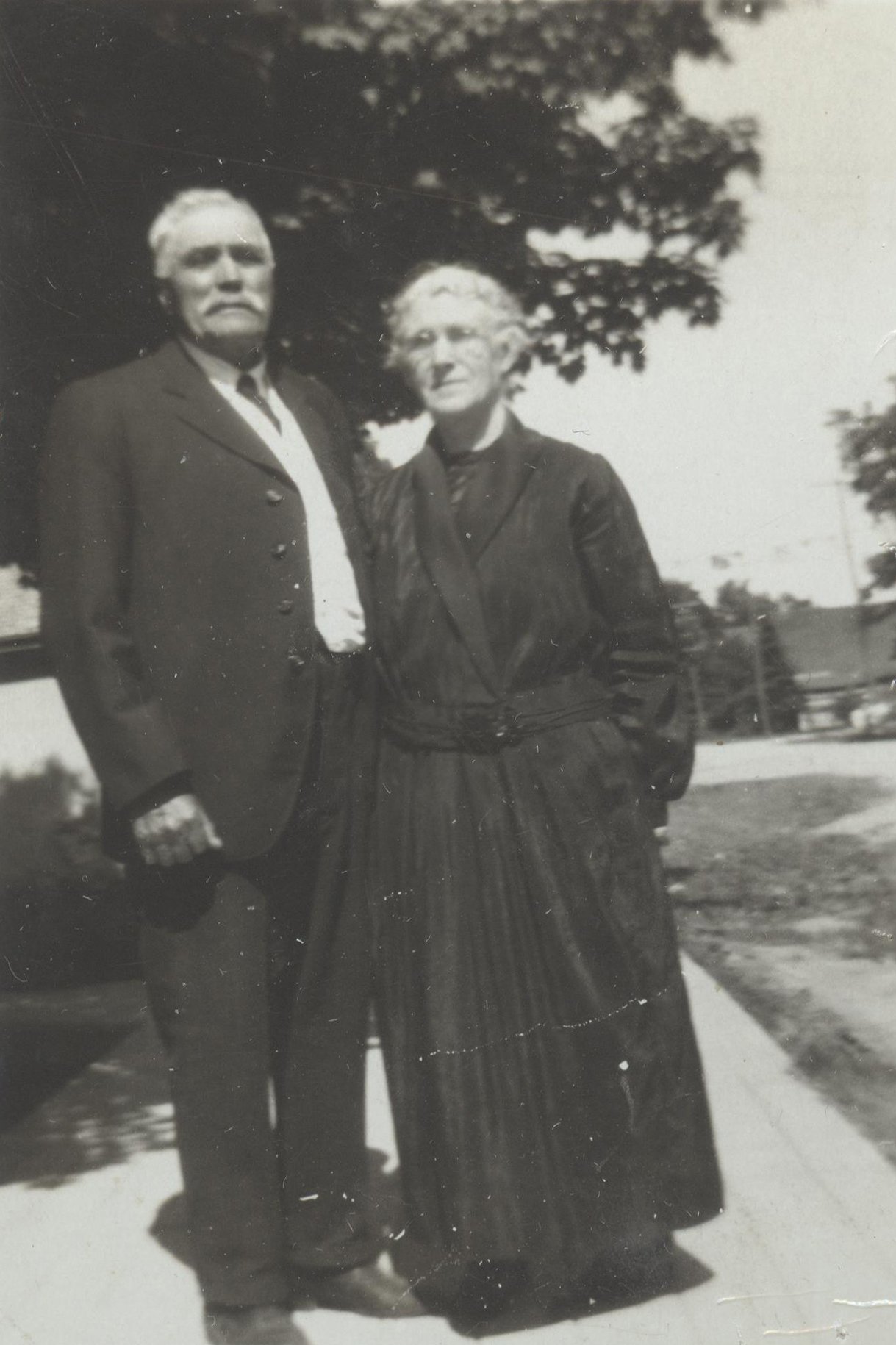 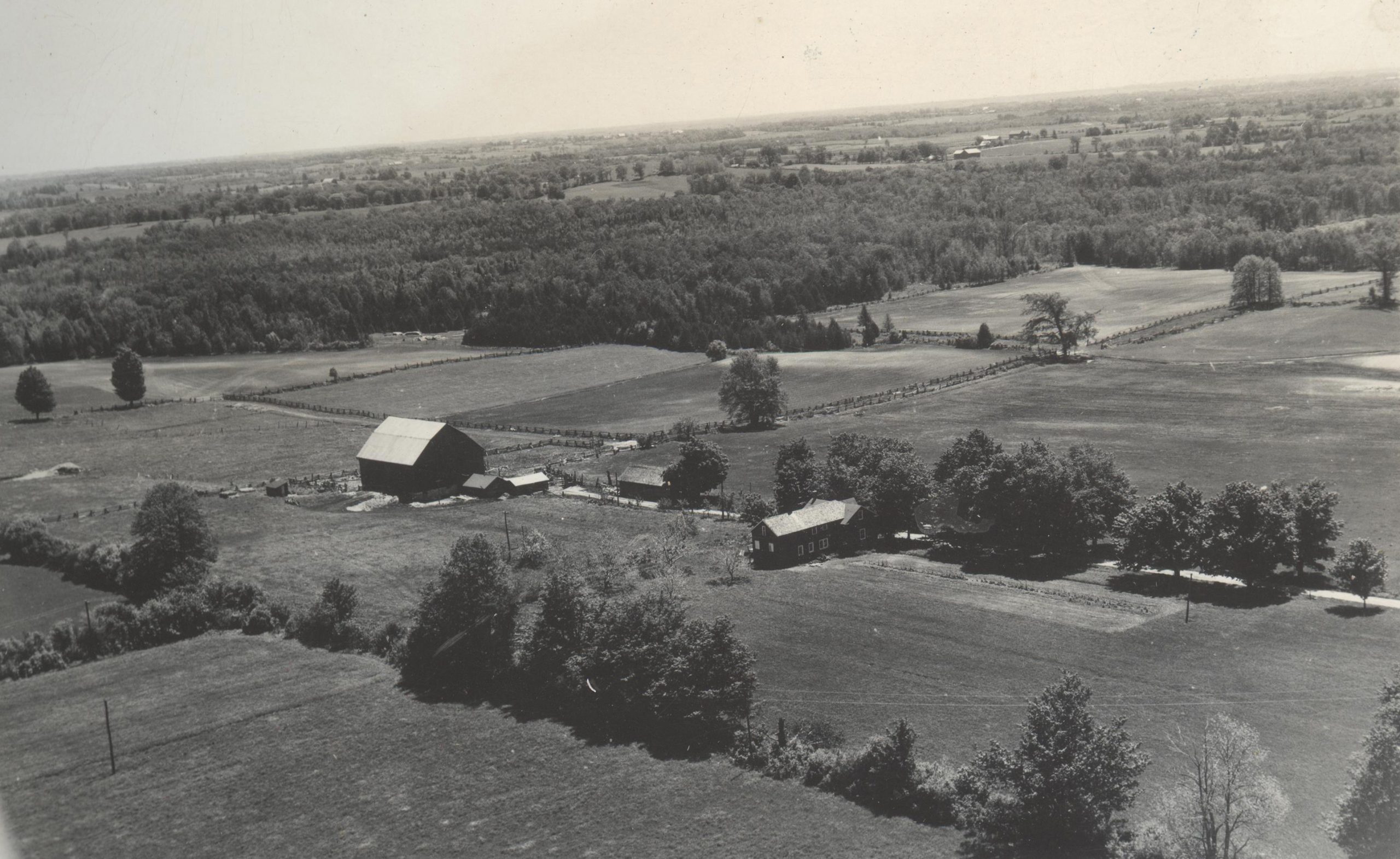 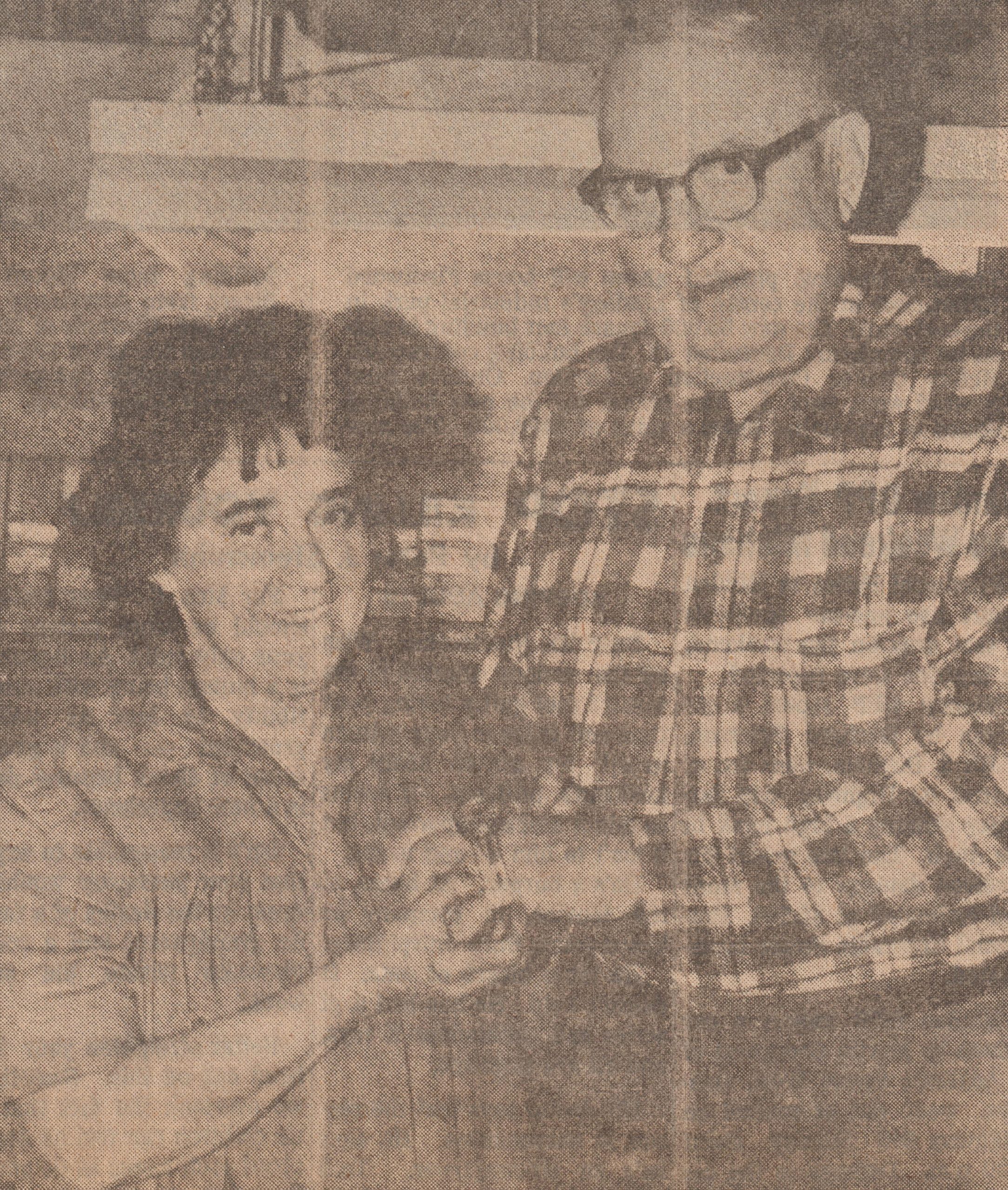 The former site of the abattoir in November 2022

Gentlemen of the Copp Family. Back: Hilliard, Harvey, William John and Samuel. Front: Their father, John.

John & Martha Copp, with the Fenelon Falls Skating Rink in the Background

An aerial view of Copp's Farm

Ethel Bishop, presenting Mel Copp with watch as he retires from the Lindsay Post, November 1972

Sam Copp Workbook, 1890, from the one room school at Balsam Grove 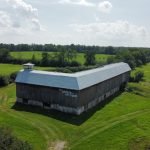 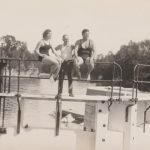