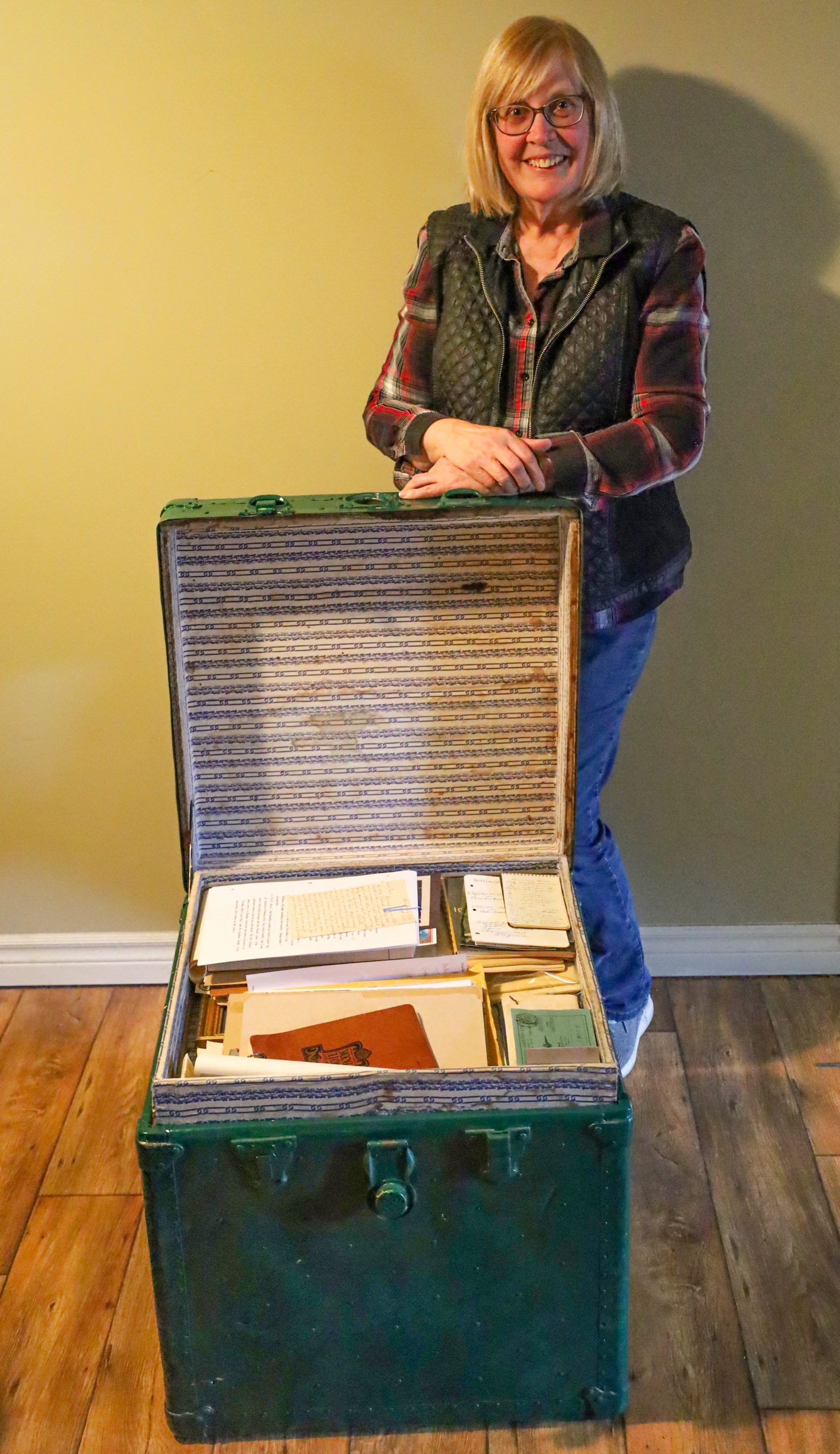 Emily Caldwell grew up near Georgetown, where her father (Henry) was a Methodist preacher. As Emily’s family was travelling around the region spreading the Good News, she met Earl Vanatter, who soon became a special friend indeed. Though they dreamed of their future together, being a minister’s daughter, her father expected that she would devote herself to “a service worthwhile… not like some poor empty nothings that sputter and fret over social engagements and functions and worse while life is squandered.”

Emily was committed to help with her Church’s missions. Her older sister, Mary, was a nutritionist in China, which made moving overseas less daunting. So, in October 1925, 24-year-old Emily caught a train for Vancouver, then sailed on the Empress of Australia to Shanghai. From there she took a boat to Hankow, then another to Ichang, a third to Chunking, then began an eleven day overland journey to the mission at Chengdu. But, as her train had passed through western Canada, she wrote to Earl who was in Regina selling Maclean’s magazines, imagining the adventures that lay ahead.

In the mid nineteenth century Great Britain defeated China in the Opium Wars, leading to the transfer of Hong Kong, and the opening of China to European trade and missionaries. As European traders took up residence in coastal cities, China became a popular destination for overseas missionaries. One hundred years ago, few in the Christian world would have questioned the literal truth of Biblical scripture—many accepted their calling to help others come to salvation. In China, a 1911 Revolution brought down the Qing dynasty, leading to many years of struggle over the region’s future.

As Emily arrived in China, the nationalist Kuomintang government was fighting to gain control of the country, subdue warlords, and counter western incursions. Despite the political turmoil in parts of China, Emily has making the most of her unique adventure, seeing the Chinese landscape, with mountains, gorges, and sunsets. She observed “many caves, where people lived, tiny paths leading to them,” trees of beautiful shades of scarlet, purple, green and red.  She wrote to Earl:

Can you imagine travelling in a box suspended on two bamboo poles and carried by three Men?  You never saw anything like a Chinese inn.  It resembles a barn a little in that there are no windows except a little glass in the roof.  But there is only bare ground for a floor, two benches covered with a straw for beds and perhaps a little table or chair.  Everything is dirty and one dare not touch anything without first putting oiled paper down.  We put an oiled sheet on the benches, and then made our cots on top.  But woe’s me.  The first night I succeeded in getting about ten bites and they stayed with me and I have trademarks nearly all over my body.  Thank goodness, they have gone now, and I’ll touch wood in case they return before I reach Chengdu.  We have spent eight nights in these inns already, but hurrah, only one more after tonight.   Yet everything has been O.K. since leaving Chungking.   We spent Christmas in Chungking where all the missionaries had a Christmas tree and dinner together.  After dinner we sang songs.  As you go along the fields are green on every side with peas, wheat, sugar cane, etc.  To-day it was so warm that we had to take off our coats when we walked.  I guess we have walked about a third of the way.  The road is a stone path.  In some places the stones are worn in large holes from the travelling.  I have been learning a little Chinese from the chairman.  I’m afraid it will take a long time to learn as I only know about ten words now.

Earl, on the other hand, missed his dear Emily, and wanted to find a way to be near her, if not actually see her. So Earl went to Buffalo and signed up to serve in the American Army stationed at Tientsin, China. He survived boot camp—“the discipline is very strict and the drill hard but I like it fine,”—and his plan seemed to be working out as he was shipped through the Panama Canal and across the Pacific Ocean. However, once he arrived in China, he couldn’t just go see Emily, as both of them were in the midst of a unique opportunity to see the world, if not each other. Before long, the Kuomintang carried out a violent purge of the Communists, beginning the Chinese Civil War.

As the violence in China escalated, Emily’s mission was evacuated, while she worried about whether or not the American military would be drawn into combat. Emily had a memorable evacuation—on a boat that had armed guards, was attacked by robbers, seeing a dead robber on shore who had just been killed, transferred to a steamer that was so crowded that they slept on cots in the hold, a sailor falling overboard and drowning, being shot at on numerous occasions, hearing bullets whizzing past, being escorted by an American gunboat, all the while wondering what was happening to Earl. Emily ended up teaching in Kobe, Japan.

A few months later, Earl received a letter that his mother had died, and was granted compassionate leave to return home. On the afternoon that Earl was supposed to be shipped back to North America, he finally got his chance to catch up with Emily in Nagasaki. Having waited so long to see her, he ended up being a little late for the departure, was disciplined, and thrown in the brig. But it was probably worth it.

Emily finished the school year in Japan, before making a memorable journey home, travelling through southern Asia, the Suez Canal, seeing the Pyramids of Egypt and Italy. She even got to fly on a commercial aeroplane from Paris to London (the industry was then in its infancy). Emily had the adventure of the lifetime, and brought back a photo album to prove it.

When she returned to Georgetown in 1928, they were reunited, and married a year later, just as the Great Depression was beginning. A few years later the Vanatters moved to Fenelon Falls where they opened Van’s Meat Market in 1932—which grew into a popular grocery store. As a married couple they loved to travel together, making it to practically every province and state in North America. Though probably none of their journeys together where quite as adventuresome as when they both went to China.

When they returned from China, both Earl and Emily brought home a chest that reflected their very different experiences, which became family heirlooms. Emily had kimonos, Chinese dolls, Japanese silk art, while Earl had a military compass and revolver. But both took many pictures. As they settled down as Fenelon Falls’ butcher and grocer, Earl and Emily both had a chest full of memories that would last a lifetime.

Check out an interview with my Great-Grandmother by Becky Crowe: 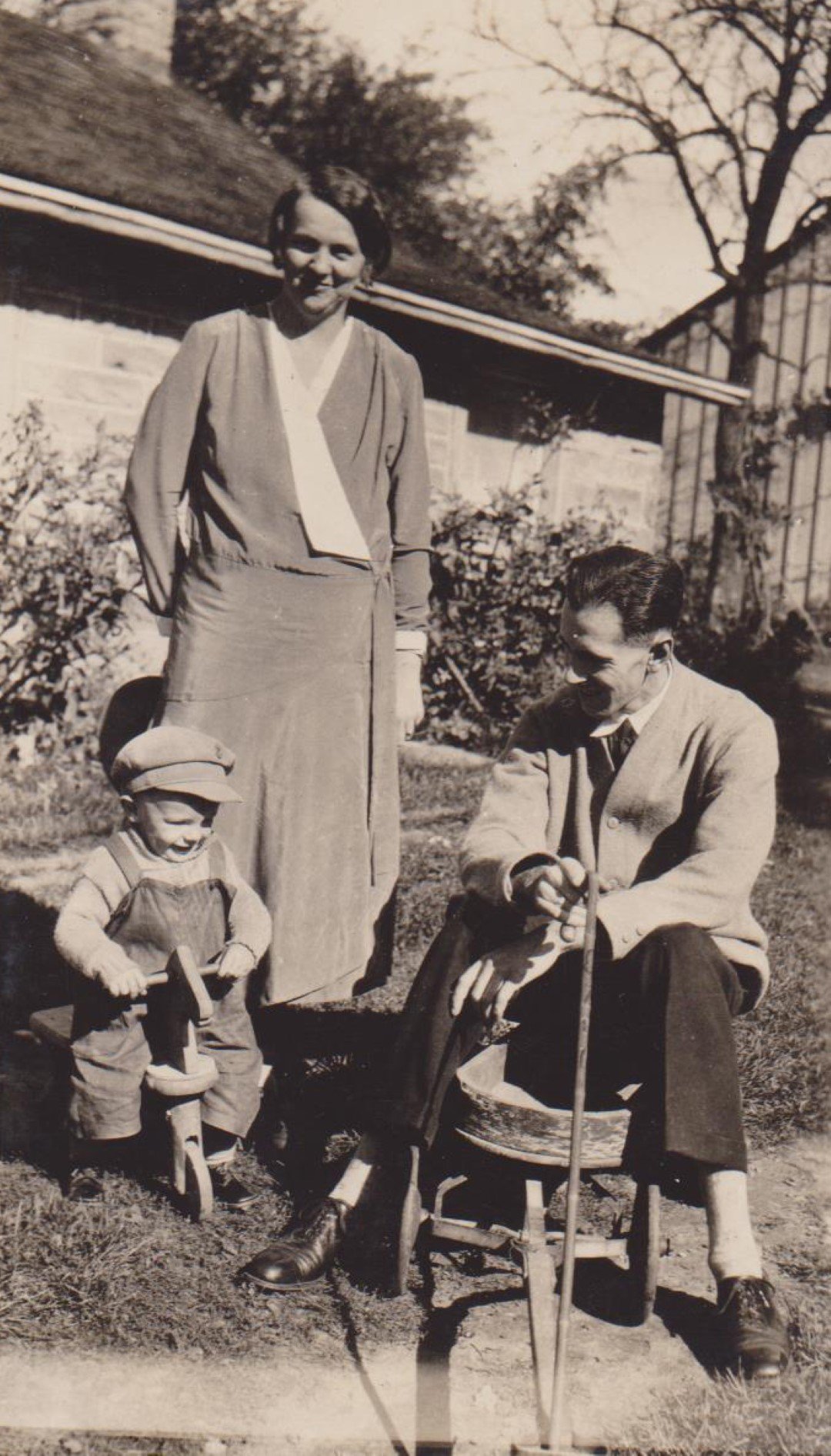 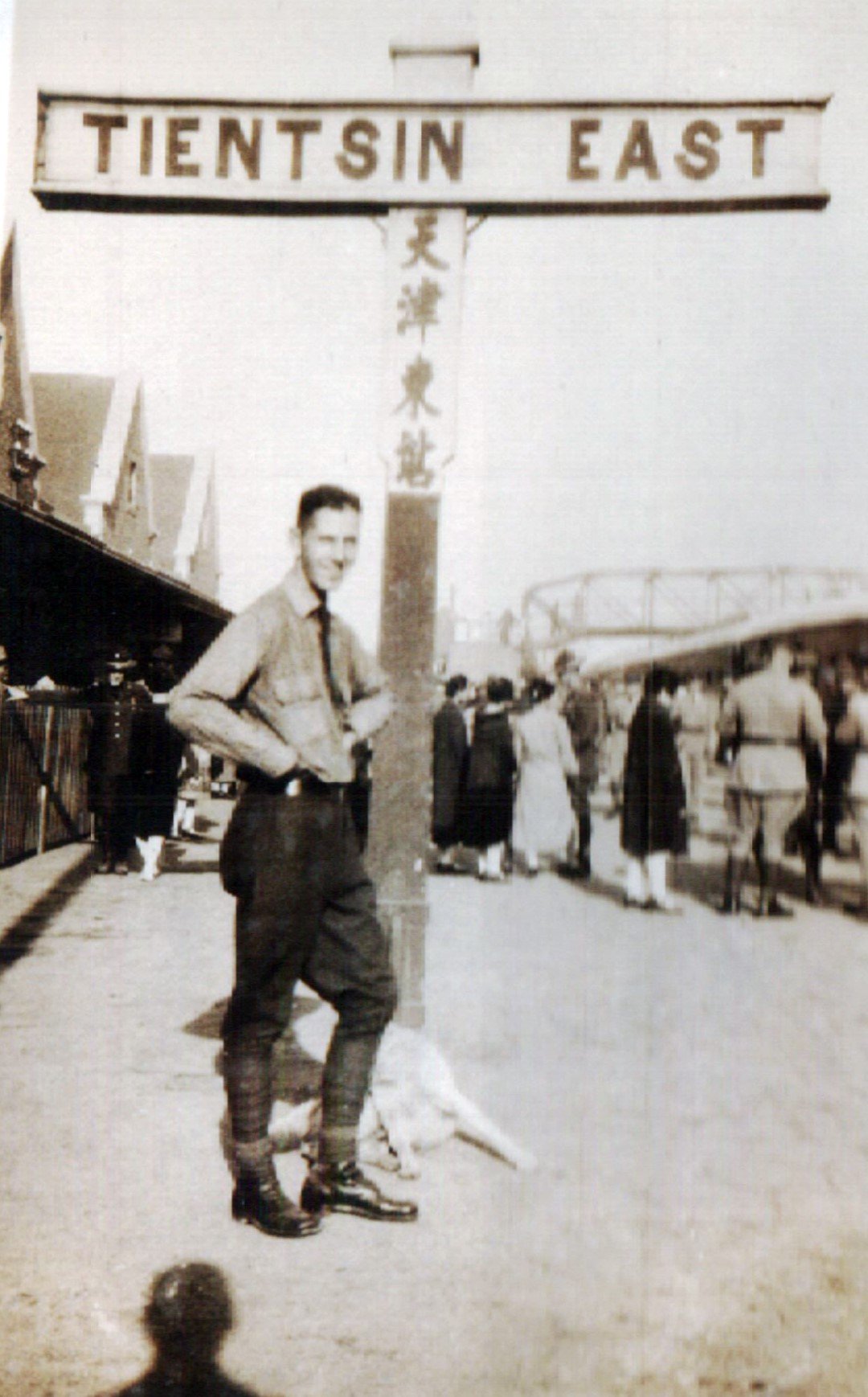 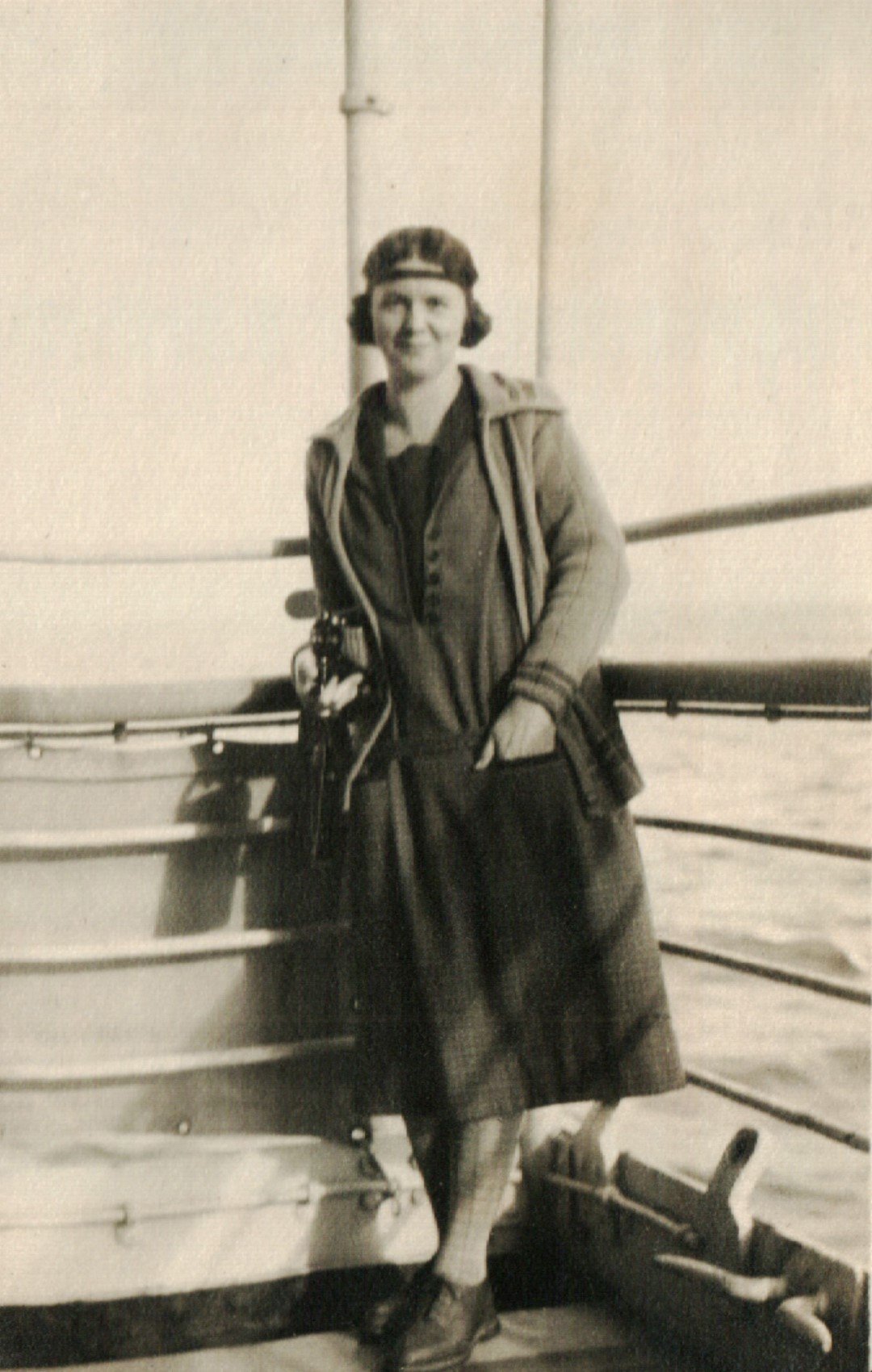 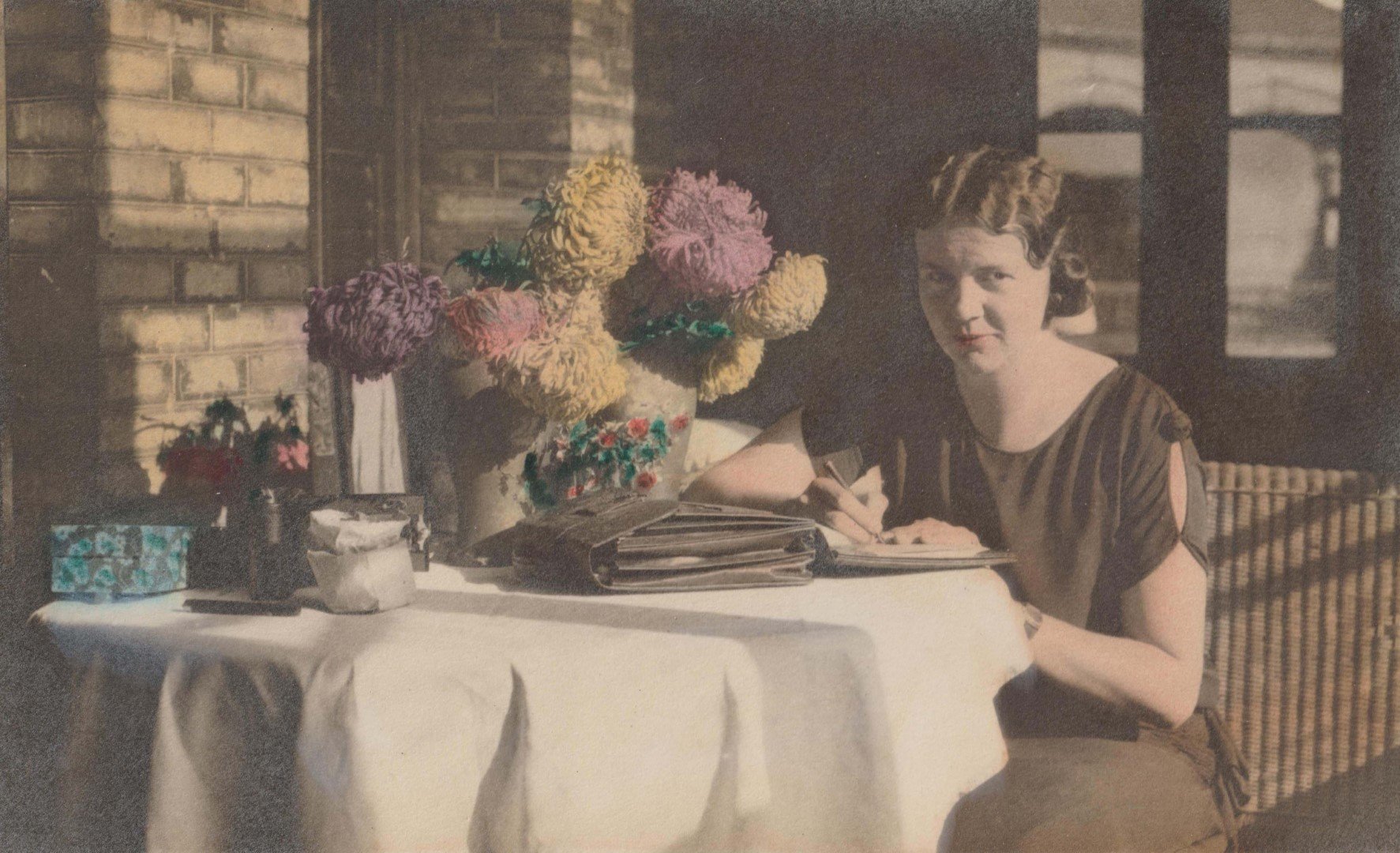 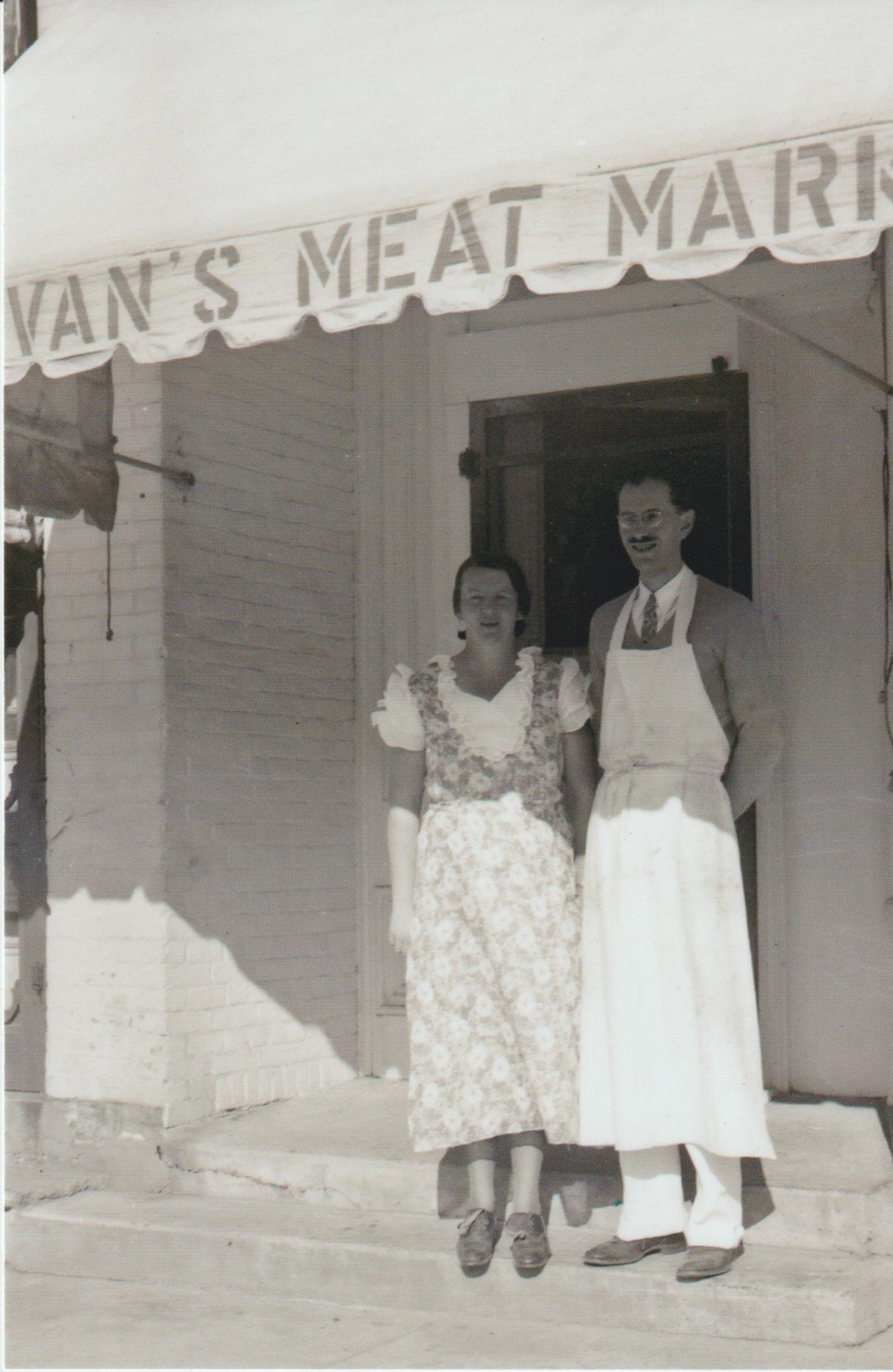 Emily and Earl Vanatter with their son Jack

Emily on Her Trip to China 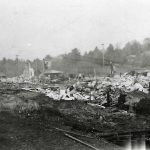 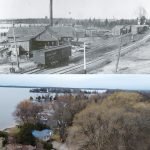