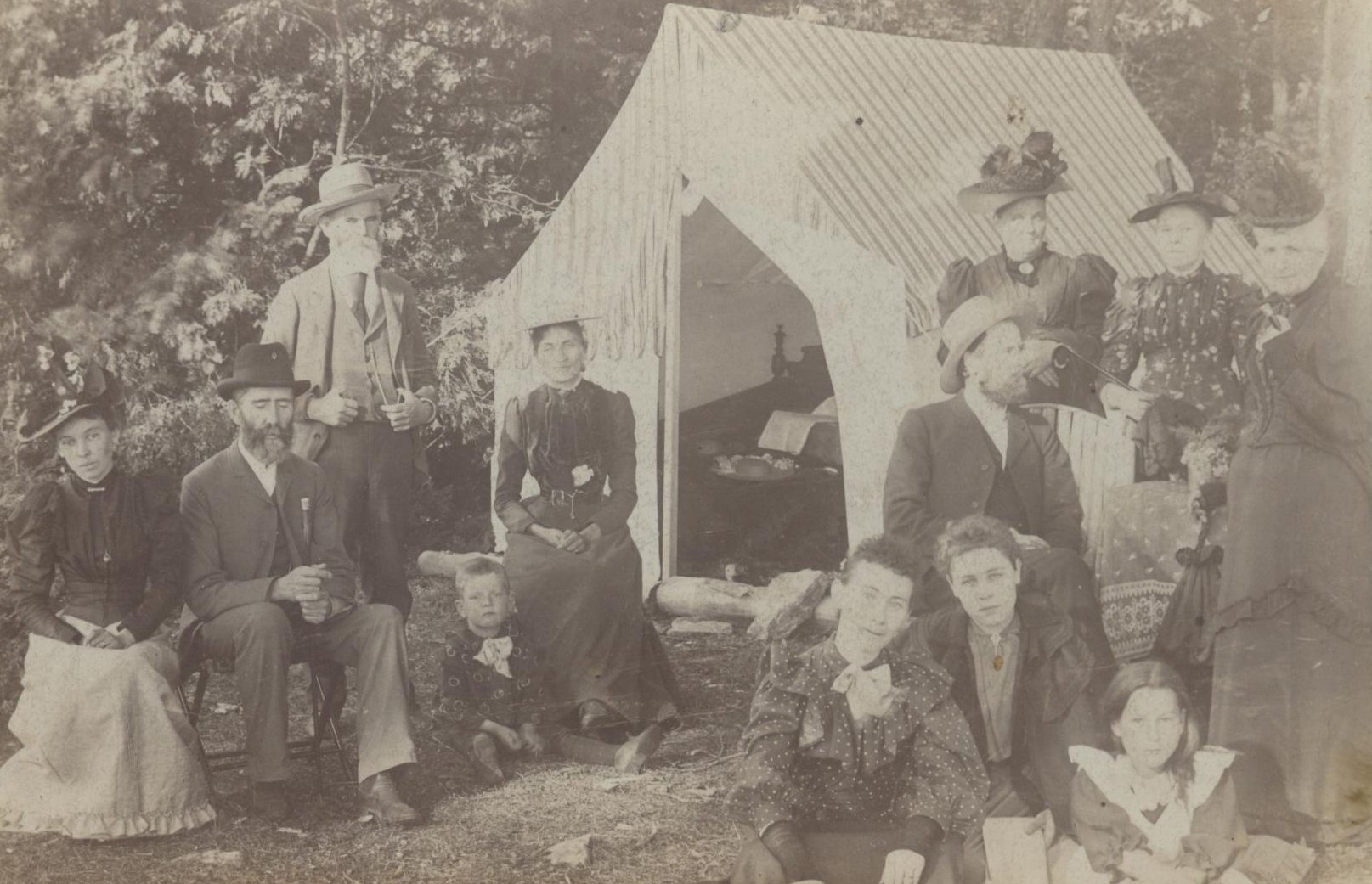 Camping at the Head of the Island, Bobcaygeon, 1894

In the late nineteenth century, not many people had the time or money to take the train for a vacation. Farmers often could scarcely, if ever, leave their animals behind for long. Many people seldom went anywhere more exotic than taking a sleigh to visit their relatives. The second generation of Bobcaygeon’s Boyd Family did take wonderful railway vacations (their father, on the other hand, truly understood what hard work and determination meant, which is why his children were so well off!) Local merchants and professionals, often travelled together to enjoy outdoor life in the Kawarthas. Most of these vacations took place to destinations that were close enough that they could travel by horse, or occasionally steamboat.

Back then, people just went out and enjoyed everything that the Kawarthas had to offer. There was nothing socially unacceptable about standing on the bank of the river, in town, with a gun, shooting ducks—lots of people did it, no cause for concern at all. At times there was a crowd of people, having a great time, raising a tremendous fuselage together with their guns. Many boys would gather on the dam to catch suckers. Families would go for walks together, often not that far from town, like in Harvey Township or along the Monck Road, picking berries. Campers would just pitch their tents at water’s edge. In Fenelon Falls, what is now the south end of Garnet Graham Park and the west tip of the Island were both popular informal campgrounds. In Coboconk, it was accepted practice just to pitch tent on the side of the Gull River.

In the nineteenth century, class really mattered. If a lady or gentleman were to dress down to go camping, it might well be the subject of public notice. To enjoy the outdoors in public, one would of course be expected to wear proper clothing. For a lady, this generally entailed wearing a nice hat, full length dress (in summer!), corset, and dress shoes to enjoy your time in the woods. Gentlemen would be expected to wear a suit. Campers might well take wooden furniture with them. On one of his epic railway vacations to Temagami, Willie Boyd took an entire train car of gear! Others who were not among the wealthiest gentlemen in Canada might still have their team pulling a good load for an outing. 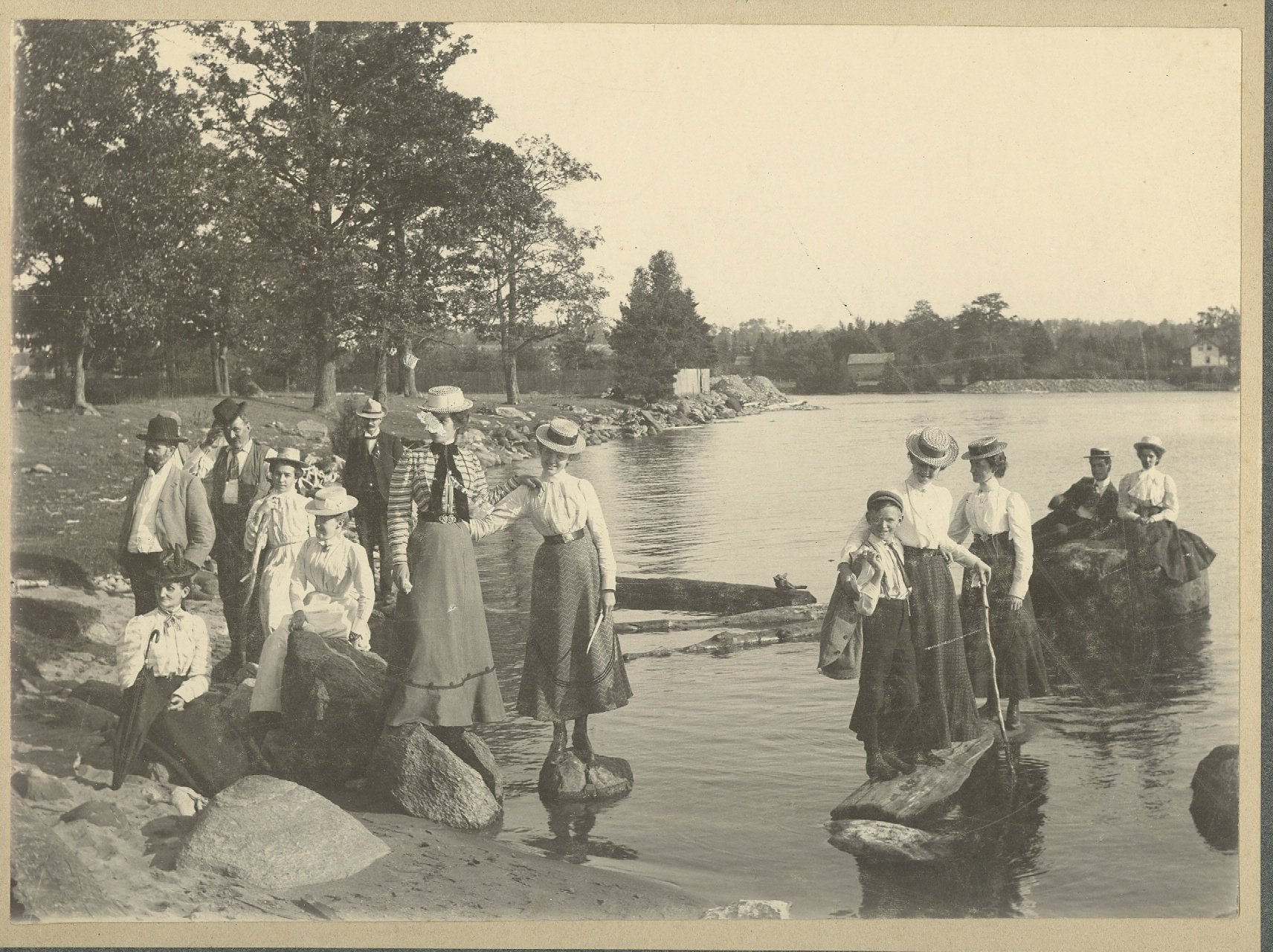 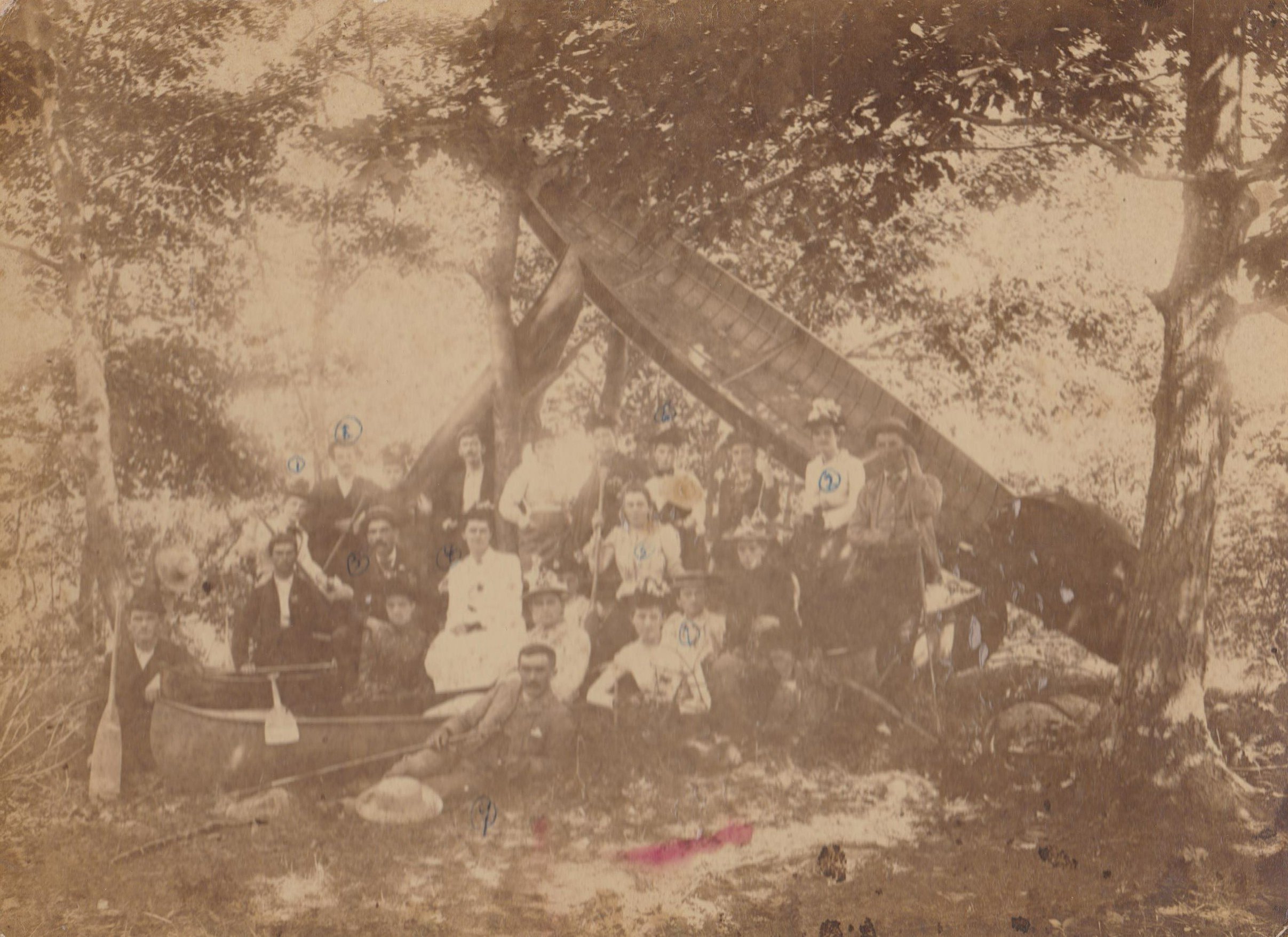 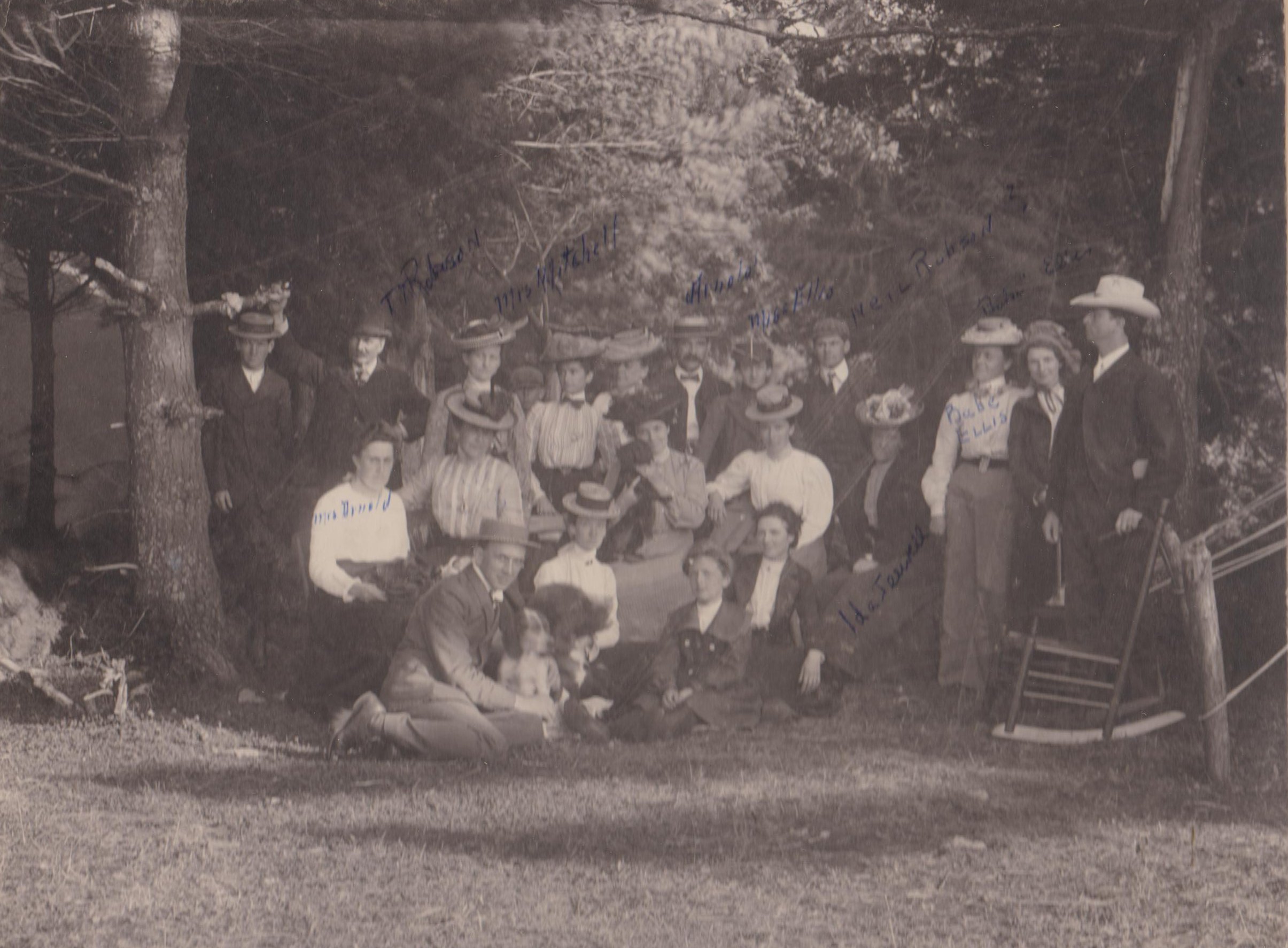 A Summer Outing... Don't you admire the ladies, standing on those rocks, in their dress shoes!

An Outing Near Fenelon Falls

Camping at the Head of the Island, Bobcaygeon, 1894 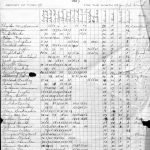 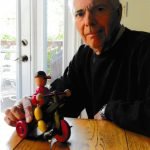