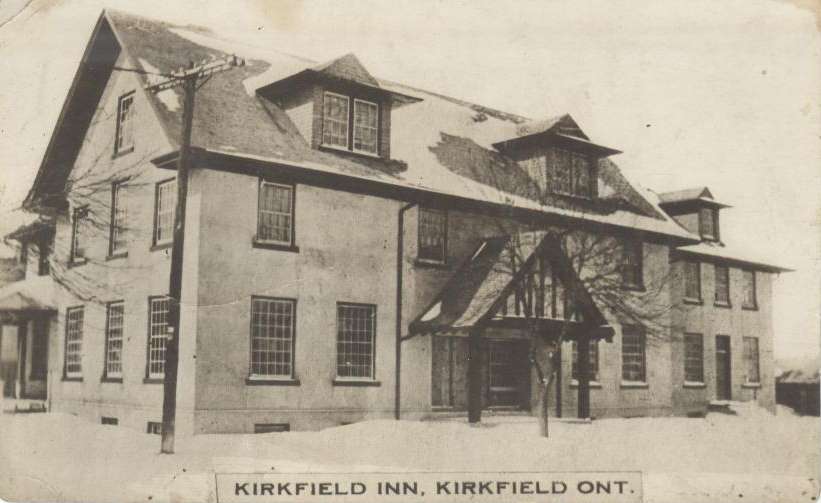 The famous Kirkfield Inn as it appeared in 1913. In a little over a year, it would see not only travellers passing through its doors, but also young men from Eldon Township and the surrounding district who were signing up for active service in the First World War. It was here at the Kirkfield Inn that they received their medical examination and were declared fit or unfit for service.