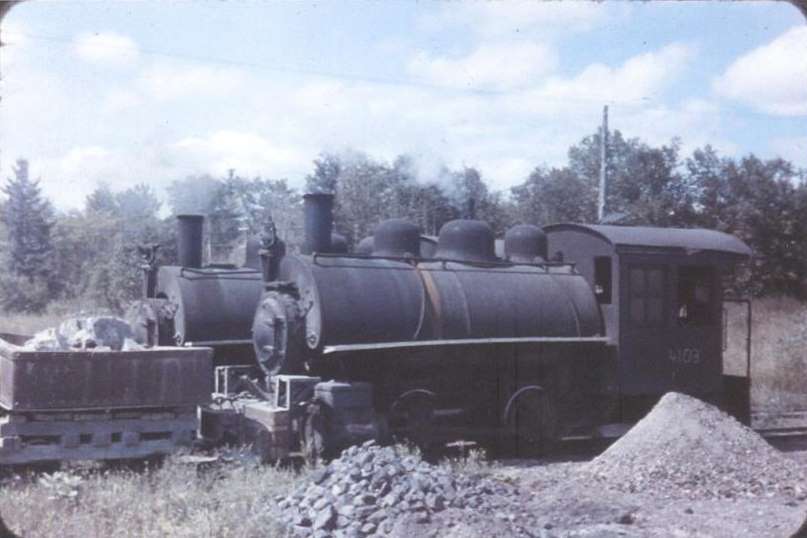 These two saddle-tank steam locomotives were used by the Kirkfield Crushed Stone Quarry to move stone from the quarry proper to sidings where it would be loaded on to trains bound for Toronto. There, it would be crushed into gravel and for use in construction. A small fleet of these narrow-gauge locomotives operated in the quarry from 1908 through its closure over half a century later. Note the specially-designed railcar on the left used to move quarried stone.