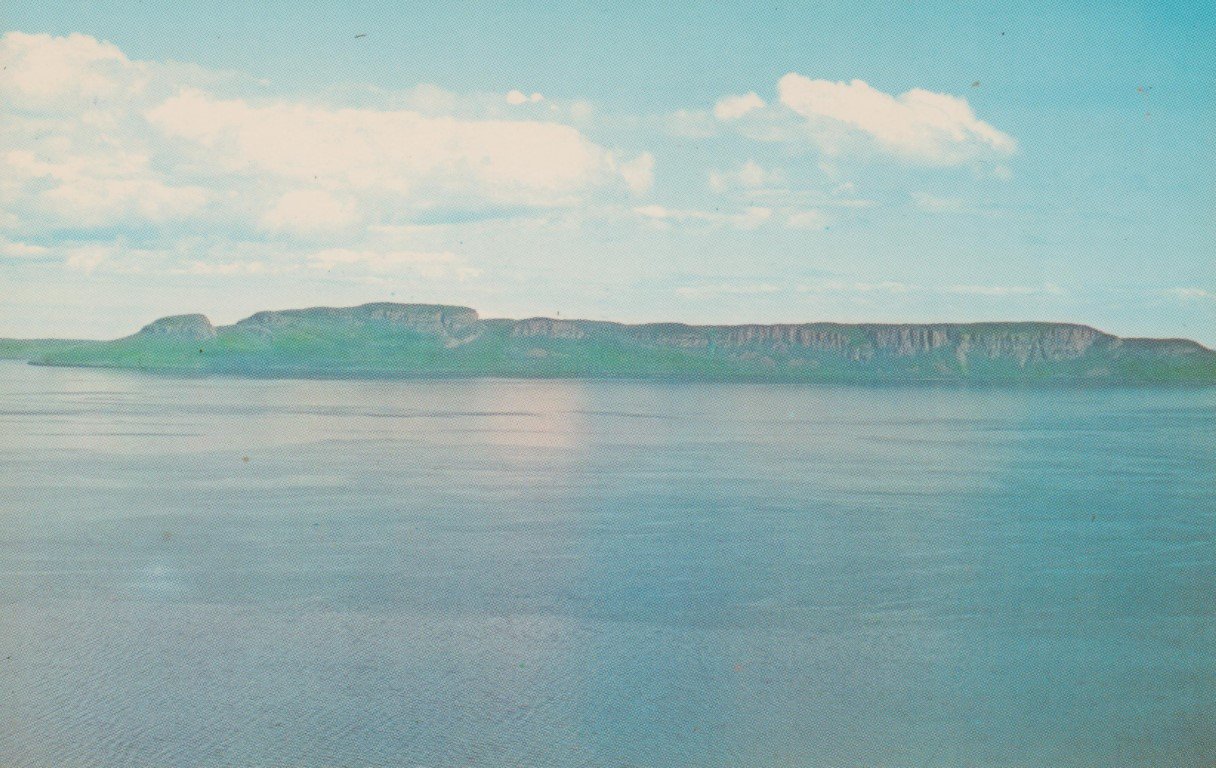 Sleeping Giant, Lake Superior, Thunder Bay, Ontario. H.R. Oakman postcard, c 1965. Legend has it that Nanna Bijou, the Giant of the Ojibwas took his people to the farthest corner of the great inland sea to escape from the white man. Years later the white man came again and Nanna BIjou, too old to protect his people colled on the Great Spirit to help. The great God Manitoo then created a storm which drove the invaders away and when the storm cleared the Giant was stretched on top of this rock in his last long sleep.